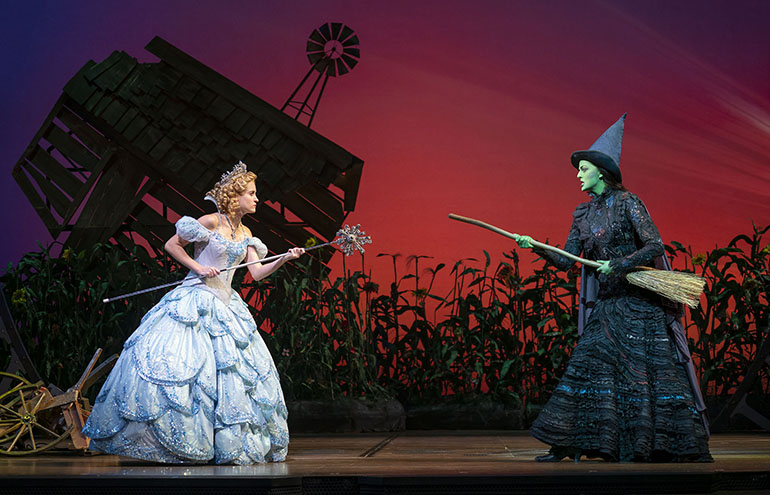 Wicked, winner of multiple Tony, Drama Desk and Grammy Awards, has become a Broadway staple, poised to celebrate its 17th year on the Great White Way in October at its home at the Gershwin Theatre. The show’s nearly half-dozen licensed touring versions have drawn almost as many award accolades, including Best Musical, Score and Production Design trophies from the Touring Broadway Awards.

The latest touring edition of the show is scheduled to hit 15 cities, from Baltimore to Vancouver. These shows put the musical’s canonical songs—hits like “Defying Gravity,” “Popular” and “For Good”—through a new DiGiCo Quantum 7T console. Purchased through Milwaukee-based Clearwing Productions, the compact yet powerful audio desk features DiGiCo’s sophisticated theatre software, a package designed specifically to meet the demands of theatrical workflows, with features such as an Auto Update System, Aliases, the Players tool and a VCA programming map.

“We spent the better part of two years planning the upgrade for the touring show, and the DiGiCo was the obvious winner,” says Zach Williamson, current Associate Sound Designer for the Broadway and touring productions of Wicked. “We were looking for the console that will take us for the next 10 to 15 years on the road, and the Quantum 7T is it.” 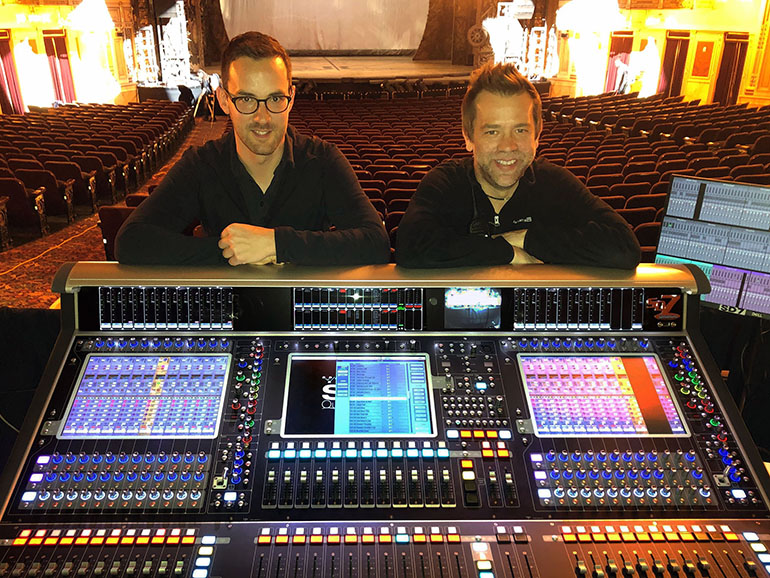 The Broadway show continues to use the same analog console it has since day one, nearly 7,000 performances ago, but the touring version needed the kind of power and small footprint that the DiGiCo desk affords users. “The Quantum 7T is light to travel with and load in, and its reliability is exceptional, which is critical for a touring console,” says Williamson. Both he and Wicked Sound Designer Tony Meola have been impressed with the console’s performance for tours that have taken it from Seoul to Sao Paulo, as well as for extended “sit-down” runs in Mexico City and Tokyo.

“We like the sound of the console, and the Quantum engine gives us a lot of security, allowing us to actually eliminate the monitor console we had been using and take our monitoring feeds directly off of the front-of-house console for the Aviom monitors,” Williamson explains. “The Quantum processor can support that for our fairly high channel count, while the console’s theatre software gives us features such as aliases and profiles that track individual performers. And the 7T’s flexibility of layout means we can condense the entire production to layers on two fader banks and the master section.”

FOH Engineer David Romich had been a fan of DiGiCo’s SD-Range for over a decade on various shows, but until recently, the Wicked tour was mixed on the same analog system used on Broadway. “It wasn’t an easy decision for our team to replace that,” he says. “It’s a reliable console with a trusted, musical quality.” This production—known colloquially as “Munchkinland,” it’s the second national touring company in the show’s long history—was built in 2008 with emphasis on streamlining the original travel footprint. “The SD7T was always an option, but the dual-Quantum engine configuration gave us the power and redundancy we needed to make the move.”

“We eliminated at least 1,500 pounds of console and outboard gear, with the 7T also taking on the load of onstage and orchestra monitor mixes,” Romich explains. “That alone was a huge savings.”

But the console’s workflow improvements for the production were just as dramatic. Romich notes that the “T” theatre software made it possible to transpose and edit the show’s 300-plus cues from their original analog system, including MIDI commands, fader positions, plus dynamic channel and routing settings. “The theatre software allows us to operate the show with the same fluidity of analog, but allows every parameter to be recalled if we choose. ‘Channel Cues’ is an incredible powerful view that reveals every channel parameter for programming and troubleshooting.”

Wicked’s changeover from analog to Quantum 7T was ambitious. “Once programmed offline, the physical swap, rehearsals and debut happened within 48 hours; we never missed a show,” Romich says, adding that he and Assistant Sound Engineer James Wilcox operated shows and navigated the new 7T with ease. “The Quantum is a huge step forward and has all the features we need for a production like this.”

But perhaps the single biggest shift of the move to the Quantum 7T is the enhancement of the show’s overall tonality, he feels. “With our 140-channel count, the Quantum engine handles grouping and summing transparently,” Romich explains. “Switching from analog, we revealed so much high frequency information, which really sparkles. We have so much more detail, and need less processing. There’s still so much to the 7T that we’re still discovering.”

For more info on the tour, visit www.wickedthemusical.com.

Upgrading its main venue from a decade-old D5 Live desk, the Center continues to utilize SD9 consoles for its Concert Hall and recording studio, and now all of those performance spaces are linked over a building-wide fiber-optic network, with the consoles connected via Optocore