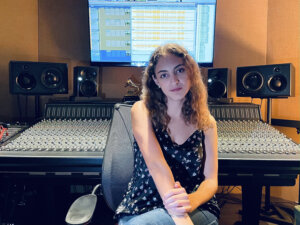 Art House, established in Miami by prolific Colombian music producer, pianist, arranger and composer Julio Reyes Copello, has continued to add to its long list of successes following the launch of the facility’s new Studio B, which features a Solid State Logic ORIGIN analog mixing console. In the past 12 months, Art House and Reyes Copello were involved in four of the six albums that have just been nominated for a Grammy Award in the Best Latin Pop Album category, including Pablo Alborán’s Vértigo and Camilo’s Mis Manos, which also garnered multiple Latin Grammy nominations and wins this year.

Reyes Copello, who has worked with a who’s-who of top Latin artists over the years, including Alejandro Sanz, Marc Anthony and Ricky Martin, founded the Art House Records label and production facility with the purpose of discovering and nurturing new music talent. The Art House studios building is also home to the Art House Academy and Abbey Road Institute Miami music and audio production education initiatives, where Reyes Copello and his team train and mentor young artists, songwriters and audio engineers.

Art House’s Studio B, which was constructed in 2020, has an adjacent tracking space that can comfortably hold a handful of musicians. “We do a lot of recordings in this room,” reports in-house engineer Natalia Schlesinger. “Sometimes it’s just a vocal or a simple instrument. But we’ve also done large recordings, such as ensembles.” 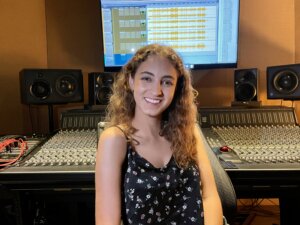 Schlesinger, who started work at the facility around the time that the 32-channel ORIGIN was delivered and installed in the new control room, appreciates the SSL console’s preamps, especially for the cohesiveness that they bring to recordings when tracking groups of musicians. “The preamps are beautiful,” she says. “Especially when we do ensemble recordings, because the tracks all get to live in the same world. It has been amazing to use the console because we’ve used other preamps, but we find that when we use the ORIGIN PureDrive™ preamps for large ensembles, everything is warm but clean. Also, the EQs have that distinct SSL tone to them, that is absolutely cherished by everyone.”

Reyes Copello says that ORIGIN’s PureDrive™ microphone preamps have introduced new tone and character possibilities to his productions at Art House, which is outfitted with a variety of front-end alternatives. SSL’s new PureDrive™ design adds the ability to variably add warmth and harmonically rich character to the renowned clarity and purity of SSL’s classic console preamps. “For many recording situations, the SSL PureDrive™ comes out on top,” Reyes Copello says.

Schlesinger has used the ORIGIN to mix a number of projects since it was installed. “I love the bus compressor; I use it every time,” she says. “I use stems mainly in the stereo groups and I finish my balances there and use the bus compressor. It gives it a different sound — warmer — and everything goes magically into place. I love it for the color it gives the mix.” 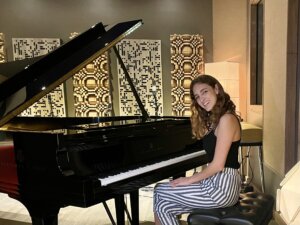 The ORIGIN also fits into Art House’s hybrid workflow. “I feel like the combination of working in Pro Tools but also getting the opportunity to do some stuff in the console is amazing,” she says. “That communication between both worlds has been great for me. I can rely on the analog sound of the console, then I can easily go and work in the DAW, and then go back for the mixing and summing.”

While the facility sometimes accommodates outside recording projects, the majority of the studio’s work is in-house. “Many times, artists come to collaborate,” Schlesinger says. “They do writing sessions here and Julio produces a lot of music. For some projects we only do one part of the process. Then there are some songs where we do writing, production, recording and mixing. So there’s a little bit of everything.”

Schlesinger, who is also a musician, did her undergraduate studies in Bogotá, Colombia, where she got to use an SSL Duality console. She started work at Art House in 2020 after earning her master’s at the University of Miami. “It’s been great, getting to work with all these projects and people making amazing music,” she says. “And it’s been amazing to learn from Julio and Robin [Reumers, a Latin Grammy-nominated mixing and mastering engineer and educator]. I feel like I’ve grown so much just by watching them and working with them.”

In early 2021, Schlesinger and Reumers jointly mixed a new all-star rendition of “Himno de la alegría” on the SSL ORIGIN in Studio B. Spanish singer and actor Miguel Ríos originally released the rock version of “Ode to Joy,” from Beethoven’s Ninth Symphony, in 1970. The new five-minute-long version, a tribute to the frontline heroes of the coronavirus pandemic, was produced by Reyes Copello at Art House. It features over four dozen major Latin artists, actors and athletes, nearly half of whom recorded their contributions at Art House, and also includes a guitar solo by Queen’s Brian May. 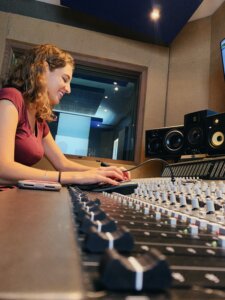 (Processed with VSCO with ka1 preset)

Reyes Copello and the Art House team, including Schlesinger, picked up several Latin Grammy nominations this year. Pablo Alborán’s “Si Hubieras Querido,” produced by Reyes Copello and Nicolás de La Espriella, was recognized in both the Record of the Year and Song of the Year categories. The album from which it was taken, Vértigo, was nominated for Album of the Year and Best Traditional Pop Vocal Album.

Working alongside other members of the Art House team, Schlesinger provided engineering assistance on Marc Anthony’s “Un Amor Eterno (Versión Balada),” which was nominated for a Latin Grammy for Record of the Year. Reyes Copello contributed keyboards and piano and was also the programmer, mixing engineer, performance arranger, producer, recording engineer and vocal engineer on the song.

All of Colombian singer-songwriter Camilo’s Mis Manos album was written in Studio B at Art House. Christina Aguilera’s latest single, “Pa Mis Muchachas,” released in October, was also written at the facility. Camilo received the most Latin Grammy nominations of any artist this year and took home four at the televised ceremony in November, including Best Pop Vocal Album and also Best Pop Song, for “Vida de Rico,” which he shared with producer Edgar Barrera.