Newly installed audio infrastructure includes Quantum338, SD12 96 and SD11i consoles, with three SD-Racks and two SD-Minis, plus the 4REA4 processor as a distribution hub and DMI-KLANG applied as a unique surround effect on the award-winning orchestra’s streaming performances 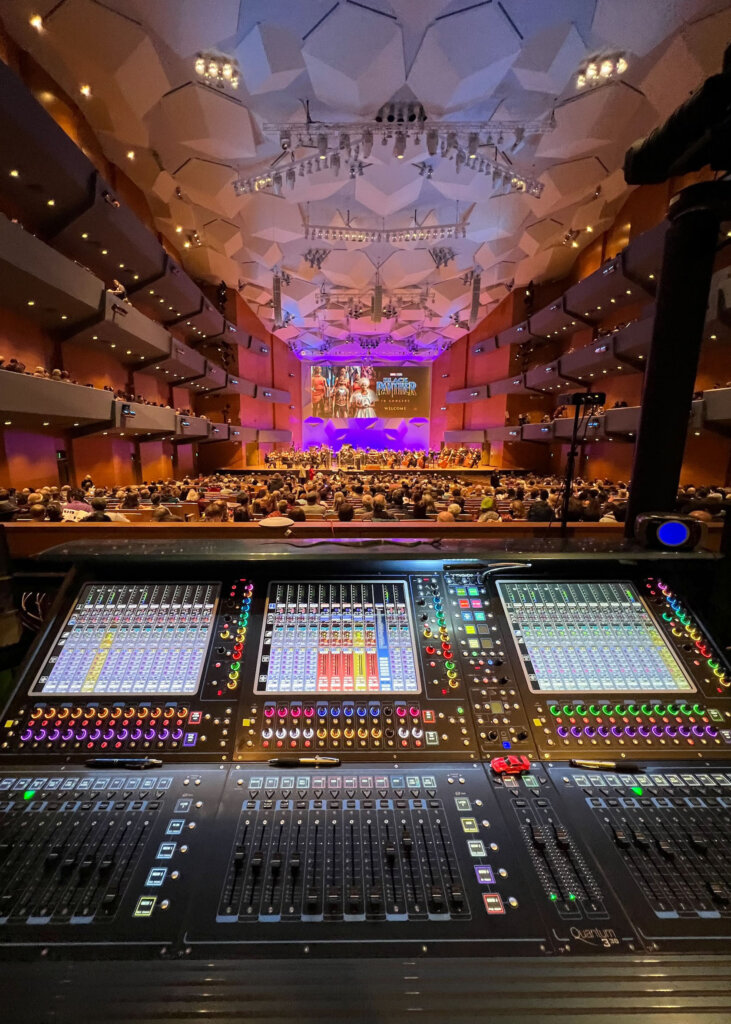 Orchestra Hall, home to the award-winning Minnesota Orchestra, is a landmark both without and within. Its Modernist architectural design and expansive glass façade are intended to symbolically present classical music as more widely accessible. Inside, it’s an acoustical dreamworld: 114 large cubes, forming a symmetrical “falling rock” pattern on the auditorium’s ceiling and the stage’s back wall, act, along with the three balconies above and along the sides of the main floor, as a massive diffusion system. The result is an exceptional aural experience for the 2,089 patrons seated inside.

That experience just got even better, with the installation over last August and September of a suite of DiGiCo systems, creating a renewed audio infrastructure for the venue and its ensemble, who were named the Gramophone Classical Music Awards 2021 Orchestra of the Year. This includes a Quantum338 as the front-of-house console, an SD12 96 used as the console for mixing orchestral and other performances for Minnesota Public Radio’s broadcasts, and an SD11i as an auxiliary mixer able to be deployed as needed. 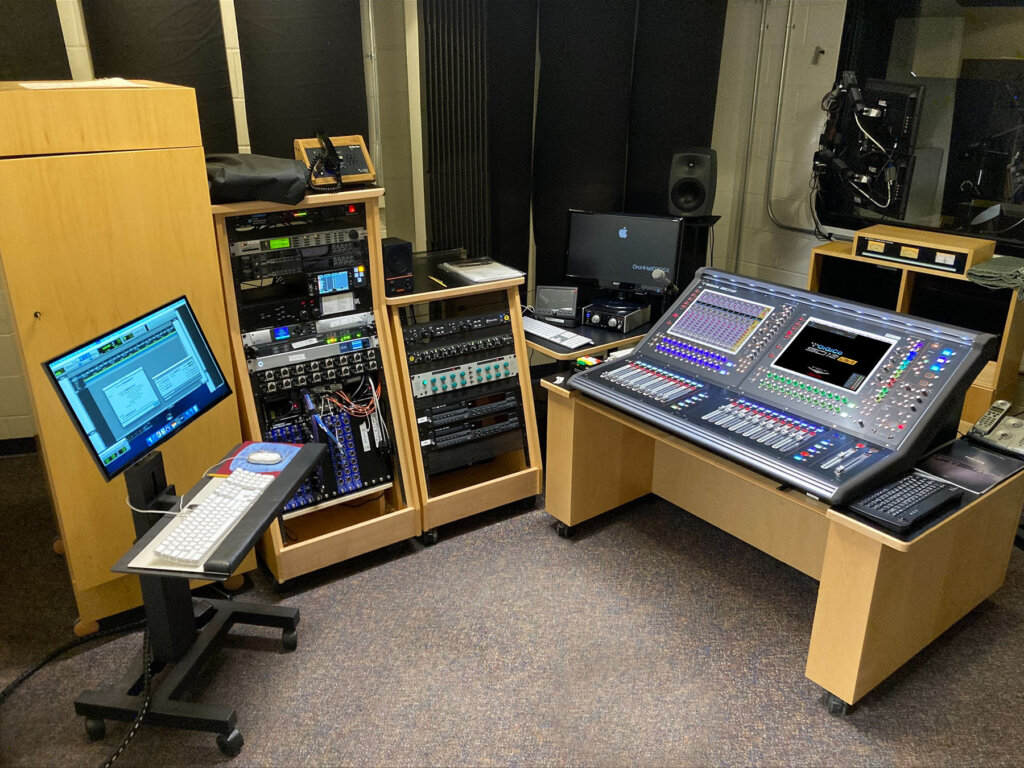 The consoles are supported by three SD-Racks found at stage left, stage right and broadcast, plus two SD-MiNi Racks, one of which is located in the concert hall’s attic where it’s used to mix the hanging audience microphones. Together the SD-Racks make 32-bit mic preamps available virtually anywhere in the venue. A DiGiCo 4REA4 processor is used to distribute audio throughout the entire facility to as many as four customizable event spaces such as the lobby.

Furthermore, a DMI-KLANG immersive in-ear mixing system is being applied in a unique manner: providing immersive-surround sound for the orchestral broadcasts for listeners using headphones or earbuds. Other components include an Orange Box, used as an interface for MADI for the Quantum338, and two DiGiGrid MGB interfaces that connect the Quantum338 to a SoundGrid network and Reaper software used for recordings at 96 kHz resolution. 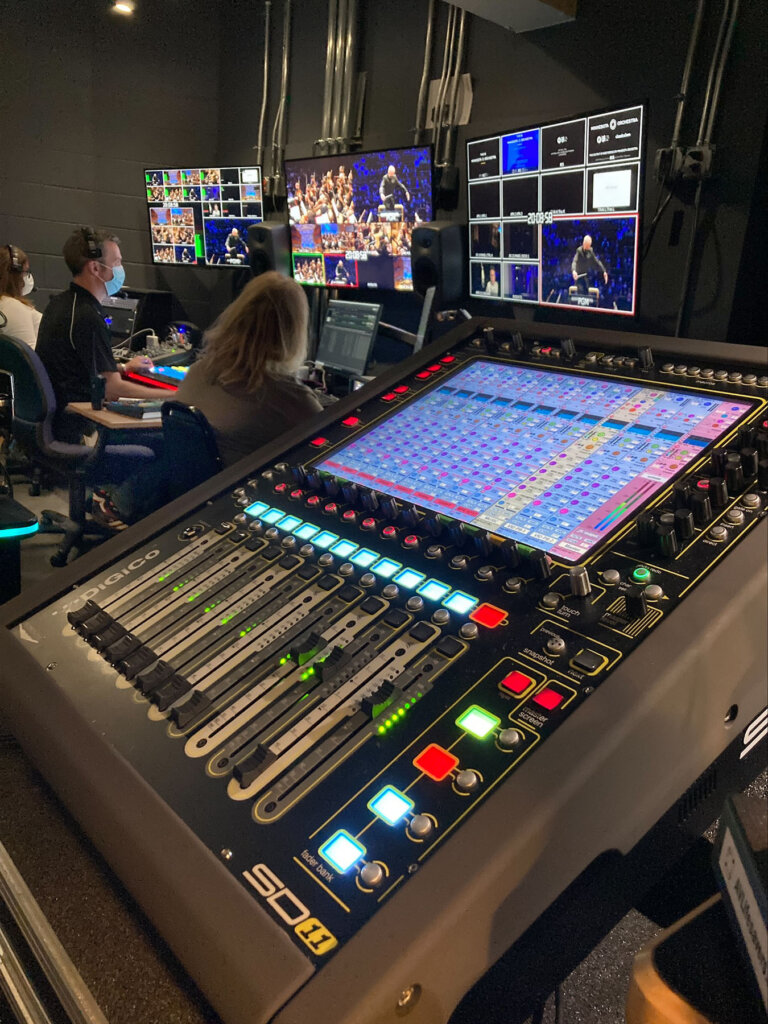 “It is a pile of DiGiCo gear, but every piece of equipment does a specific job and together they form a really unique audio infrastructure here,” says Jay Perlman, Head Audio Engineer for the Minnesota Orchestra, who designed the new infrastructure in collaboration with local AV systems integrator Audio Logic Systems, which was also the vendor for the DiGiCo audio products. “The goal was to be able to access high-resolution audio in any part of the building we needed to. And as you can tell in how we applied the DMI-KLANG processor to the streaming broadcasts, we like to take chances and experiment, but it’s really created something special. We used the KLANG on a pilot livestream episode and found that it gives us great flexibility for future VIP content. What all of this DiGiCo technology has done is given us the power to solve problems and make new things happen. Altogether, it’s a unique and integrated solution, intuitive and seamless.”

For Joel Mooney, the Minnesota Orchestra’s Technical Director, having these components creates a DiGiCo ecosystem that increases the venue’s operational flexibility by an order of magnitude. “Before, we had all analog systems for audio, with no way to connect different parts of the building for sound, and it was also a group of different brands that weren’t designed to work together,” he recalls. “Now, everything is fully integrated and it’s all on an Optocore fiber network. The concert hall can connect to the lobby and to the broadcast center. It’s such a better operational environment.”

Mooney says he and the Orchestra’s management had reached out to a number of leading technology brands at the onset of the pandemic in 2020, asking for assistance in creating their streaming platform in order to keep the orchestra and its music connected to the community. 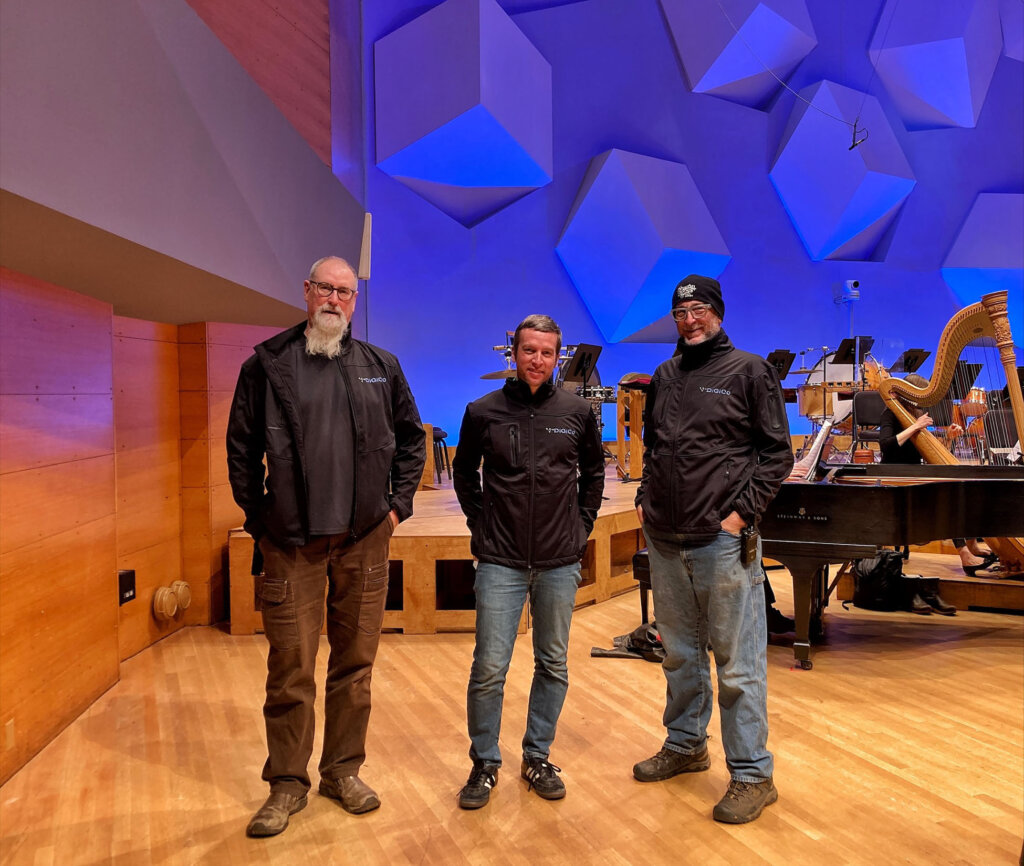 “Everyone stepped up, especially DiGiCo, who were a tremendous help in enhancing the audio as we also upgraded our video and lighting,” he says. “They are the number-one brand in live sound today. They have the tools and the flexibility to take anything we can throw at them. The Quantum console in particular has been a huge improvement—we have an event this weekend and we’re running monitors from front of house for it on an iPad. It doesn’t break a sweat. Orchestra Hall is a much better place for audio than it’s ever been.”

For more detail on the Minnesota Orchestra and Orchestra Hall, visit www.minnesotaorchestra.org. Audio Logic Systems can be found online at www.audiologicsystems.com.

Bauder Audio Systems supplies the PAC with a Quantum338 console, SD-Racks, and 4REA4 processor   It took a while for…

Freshwater has been General Manager since 2017, with the promotion also signaling a new era for long-serving MD James Gordon…