The new multisport arena’s console is supported by a DMI-DANTE64@96 card connection to a Dante network at 48 kHz and 96 kHz, and a D-Rack CAT6 32-channel digital stage box with 32 mic inputs 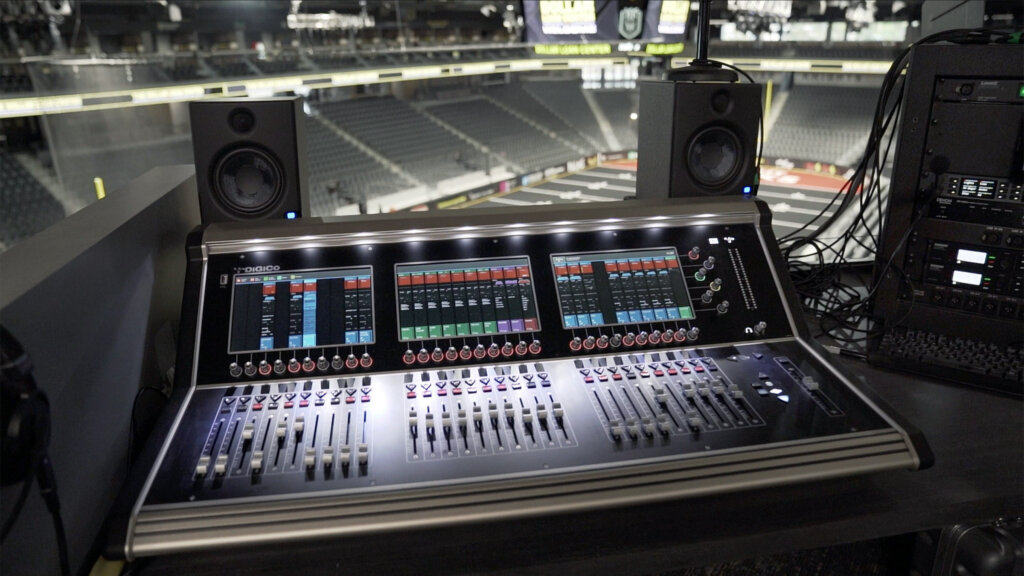 They call it “The Buck” or “The Stronghold,” but either way the Dollar Loan Center in Henderson, Nevada is a first-class venue for second-tier sports. It’s home to the Henderson Silver Knights of the American Hockey League and the Vegas Knight Hawks of the Indoor Football League, seating over 5,500 fans for those sports. In addition, the Big West Conference announced last year that the NCAA Division I men’s and women’s basketball championships would be held there starting with the West Coast teams of the iconic March Madness series.

The $80 million-plus arena is one of the first of its post-pandemic cohort, officially opened on March 8th of this year as Covid began slowly releasing its grip on live events. When you’re among the first, you also want to be with the best, and that’s why AV systems designer and consultancy Anthony James Partners specified a DiGiCo S31 as the new arena’s front-of-house audio mix console, which was installed and integrated by C.V. Lloyde Audiovisual.

“I’d like to say it’s just cost, but the fact is that DiGiCo consoles deliver for both the budget and sonic quality,” says Jack Covert, Director, Audio and AV Design Engineering at Anthony James Partners. “In my opinion, DiGiCo consoles sound better than any other console at the same price.”

Covert says he’s noted how DiGiCo’s consoles have become the de facto standard in the touring sound business and believes they can become the same for the installed-AV sector, particularly for sports venues like the Dollar Loan Center, which need to accommodate a wider range of activities than ever. He cites the S31’s ease of use, operational flexibility, and above all, sound quality.

“DiGiCo is doing things that other consoles are not, so they’re at the cutting edge,” he says. “At the same time, in a venue like this, the console is going to be used by a wide range of mix engineers for sports and other applications, and ease of use and familiar operation are important on those counts, too. And while we’re using Dante to connect here, the S31 can interface with other systems in any number of ways. It’s not just flexible for users, it’s flexible for consultants and integrators, too.” 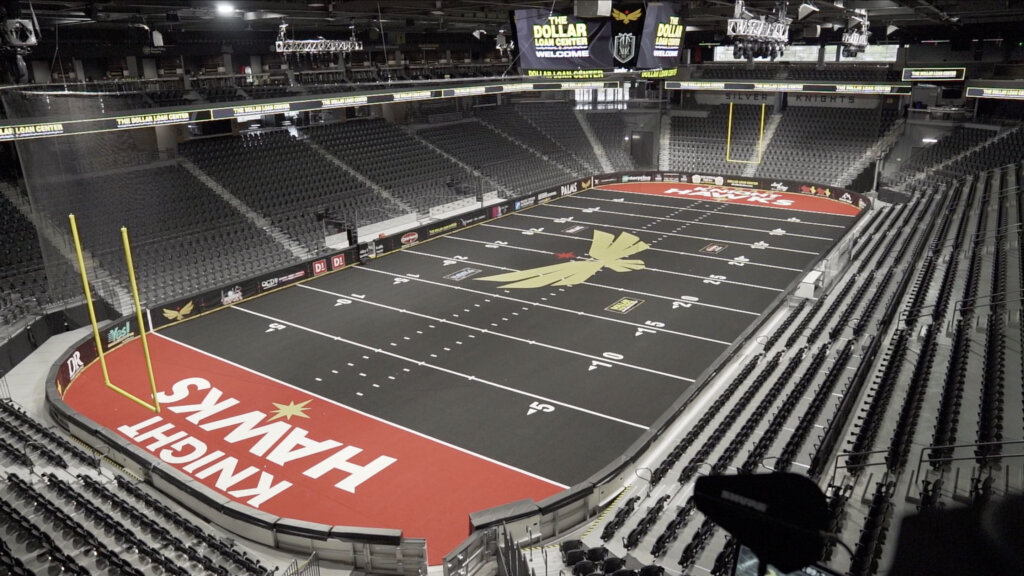 Stephen Morris, President and CEO of Champaign-Urbana, Illinois-based C.V. Lloyde Audiovisual, says sonic quality was important in the choice of console, but adds that with DiGiCo, that was a given. “The owners of the Henderson Silver Knights also own the NHL’s Vegas Golden Knights, and they wanted consistency of things like operator training, system routing, and ease and intuitiveness of use between both this venue and the T-Mobile Arena,” where the Vegas Golden Knights play, even though there are different console brands in each  venue, he explains. “We knew that the DiGiCo was going to sound great, but it had to meet all of those other criteria, too, which it does incredibly well. The S31 was a perfect fit for all of that.”

Matt Langley, C.V. Lloyde Audiovisual’s technician on site for the installation, noted some of the very specific ways that the S31 was able to check those boxes. “We can have the stage box in the rack next to the patch panels, and because it’s such a slim design, we were able to position it backwards so that the I/O are actually in the back of the console,” he says. “That gave us a very clean look to the install, which really does make a difference for the client’s confidence in the installation. We wouldn’t have been able to do that with a typical bulky stage box.”

Morris adds that the S31’s DSP is also being used for the back-of-house audio’s management. “The heavy lifting for all that routing is all done in the DSP, with a separate control screen on the console for that. I don’t think any other console could have hit all of those marks as well as the S31.”

For more info on the Dollar Loan Center, visit www.thedollarloancenter.com. Anthony James Partners and C.V. Lloyde Audiovisual can be found online at www.anthonyjamespartners.com and www.cvlloyde.com, respectively.