Integrated with DiGiCo mixing consoles in the school district’s Performing Arts Center, the KLANG device allows seamless and virtually latency-free integration of monitors for a remote orchestra pit room hundreds of feet away from the stage 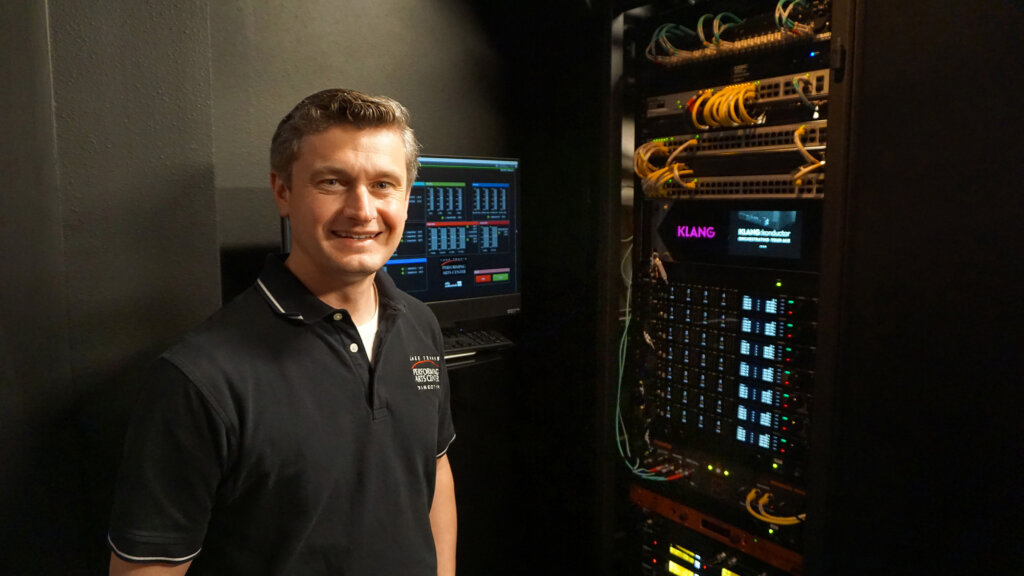 A theatre technician from Broadway could be transported to Austin, Texas’ Lake Travis High School Performing Arts Center (LTPAC) and instantly feel right at home. Part of the Lake Travis Independent School District (LTISD), the school offers a Technical Theatre program on a par with those at virtually any major university, along with its own touring-class performing arts center to go with it. Students there learn on real-world technology platforms, including the DiGiCo Quantum7 and SD9 consoles in the school’s 1,500-seat Concert Hall, 250-seat Black Box Theater, and 275-seat Recital Hall. Now, the LTISD has gone one step further into cutting-edge theatre technology with this year’s addition of a KLANG:konductor, the most powerful and versatile immersive in-ear monitor mixing processor ever.

In the Concert Hall, the school had decided four years ago to move its pit orchestra out of the pit and into a completely separate room in the same building, but several hundred feet away from the venue itself. It’s a not-unusual move that allows theatres to increase their available stage area while also isolating the orchestra acoustically. However, the move did complicate monitoring.

“We run video in both directions between the conductor, confidence monitors for performers and the front-of-house console, and had an A2 there on radio as a go-between the conductor and the FOH engineer, who was also mixing monitors, but it was still challenging to make everyone happy with their mix,” explains K.J. Bartosh, LTPAC’s Managing Director as well as the Chair of the Department of Fine Arts for Lake Travis High School. “We were aware of KLANG, and I’d been keeping an eye on them ever since they entered the market. What drew me in was how unique a product it is, how it’s the cutting edge of immersive mixing, and how that’s going to be what our students will be encountering when they graduate. It’s always been our approach here to expose the students to that kind of technology for theatre. Then there’s the fact that the KLANG gear integrates seamlessly with our DiGiCo consoles. So we decided to go for it.” 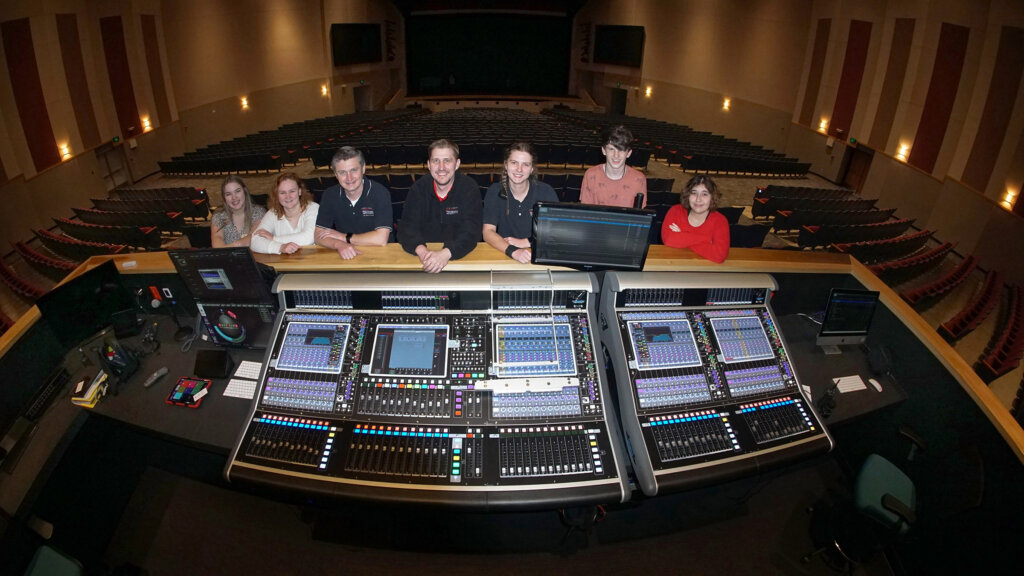 Designed with monitor engineers and fixed installations in mind, KLANG:konductor is a high-end mixing system that delivers 16 immersive mixes and processes 128 input signals at up to 96kHz at an astonishing internal latency of less than 0.25ms. The 3U device is equipped with three DMI slots, which provide unrivaled I/O freedom and guarantee flawless integration into any existing setups. Paired with the included single channel routing capabilities, it also allows the user to freely route between the immersive mix engine and convert between different DMI formats, e.g. Optocore, Dante or MADI, with each DMI card offering up to 64 input and output channels at both 48kHz and 96kHz.

New Cat-6 cabling was installed between the theatre and the remote orchestra pit room to facilitate control of KLANG:konductor, while audio was sent on the existing Optocore optical loop with the Quantum7, SD9, three SD-Racks, and Orange Box, along with a wireless access point for the Apple iPad that acts as the KLANG:konductor controller, all purchased through and integrated by Austin-based Big House Sound, the LTISD’s longtime technology partner.

Now, they are running five mixes for the eight-member orchestra, with several musicians, such as the guitarist and bassist, sharing a mix. “It’s a versatile system, and we appreciated having Big House here install it and help us get up and running—it’s been a great experience.” says Bartosh. “In the near future, we’ll have multiple iPads in the room, giving musicians full control over their individual mixes, and they’re able to use their own headphones or earbuds with the KLANG system, which makes it that much more comfortable for them.  They anticipate expanding their use of KLANG:konductor to performers’ in-ear monitors in the future.

“We really pride ourselves on how we expose our students to new technology. We believe our Fine Arts Department, and especially our Technical Theatre program serve to grow students’ love for the arts, but like CTE courses, give students practical training for a career in live entertainment. And the KLANG:konductor is the kind of technology we know they’ll be seeing and using when they get there, so we’re happy to have it here for them to learn on now.”

For more details on the Lake Travis ISD and its programs, visit www.ltisdschools.org. Big House Sound can be found online at www.bighousesound.com.