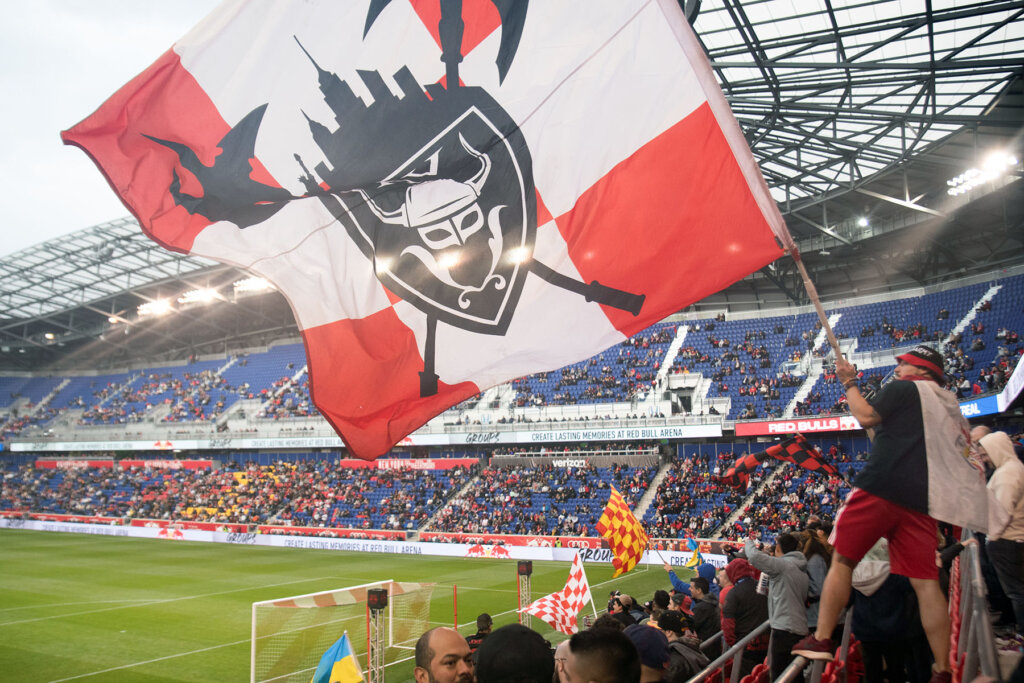 Red Bull Arena was a hit with fans when it first opened in March of 2010, and it’s been getting better and better ever since. The 25,000-seat sports venue, home to the Major League Soccer New York Red Bulls and the NJ/NY Gotham FC of the National Women’s Soccer League, is located just across the Hudson River, in Harrison, New Jersey, and is the third-largest soccer-specific stadium in the country and in the league.

In addition to the implementation of new open-concept spaces and renovations to existing premium areas, Red Bull Arena recently saw its audio systems infrastructure enhanced with the installation of a DiGiCo Quantum225 mixing console paired with a brand new Dante-native DQ-Rack. John Nicklas, the venue’s AV Engineer, calls the desk the “steering wheel” of an entirely new sound reinforcement system in the form of an L-Acoustics A Series PA, all integrated by leading AV system design and integration firm Diversified. “You wouldn’t want to drive a Corvette with the steering wheel of a golf cart, right?” asks Nicklas. “That’s why we needed the new DiGiCo Quantum225—it’s the perfect high-tech steering wheel for our state-of-the-art new loudspeaker system.” 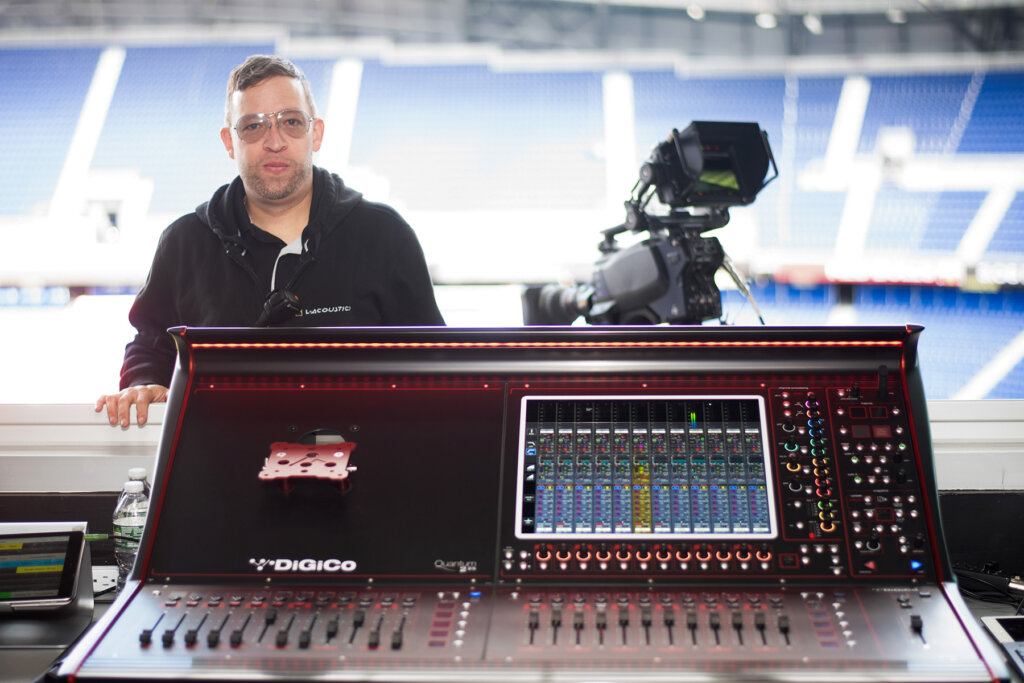 Nicklas says the Quantum225, which is now the primary mixing console for all of the venue’s audio operations—including prerecorded music before, during and after matches, for live performances such as the singing of the National Anthem and halftime productions, and to support the content shown on the venue’s two new 1,325-square-foot displays—was chosen for a number of reasons. Those include its compact footprint that still offers 72 input channels, 36 busses, and a 12×12 full-processing matrix, as well as its flexible routing and other operational innovations.

“We began looking at the Quantum225 as we had already made the decision on the L-Acoustics sound system and the two seem to go together so well in so many sports-related installations,” Nicklas explains. “Plus, even in the midst of so many supply-chain problems worldwide, DiGiCo said they could have a Quantum to us in two weeks, and they did,” he says. 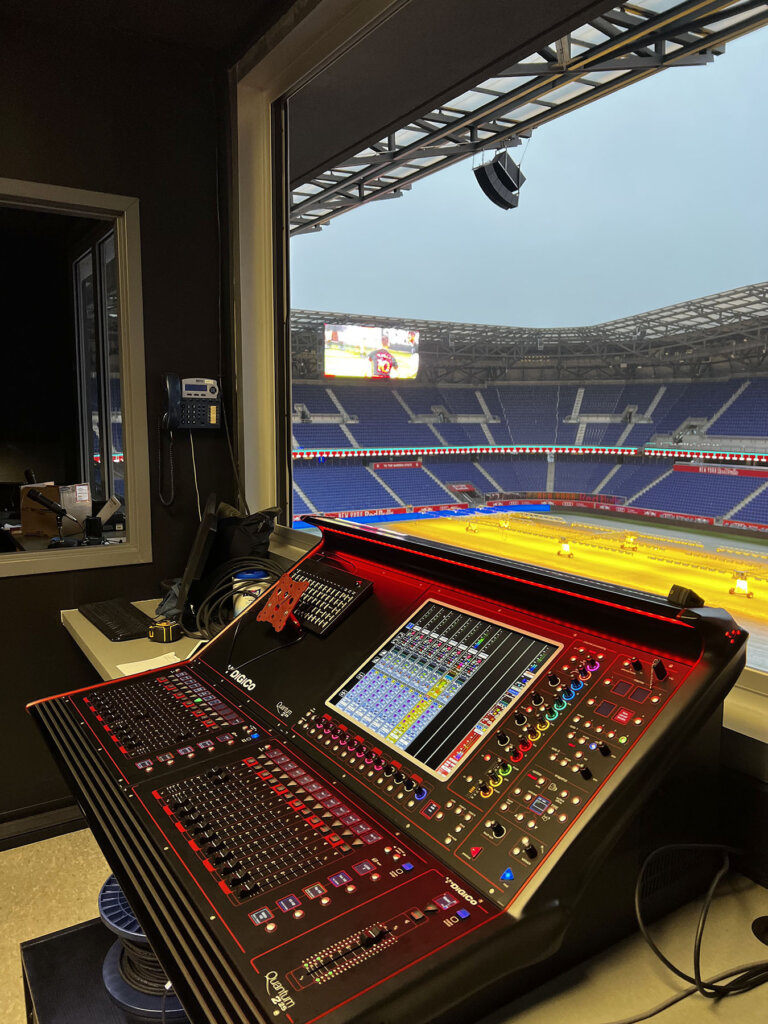 Although this was the venue’s first experience with a DiGiCo console, any workflow concerns were quickly assuaged given the company’s ubiquity in both the installed and touring audio sectors. “The mix engineers here are freelancers, and as you know, things are in a flux at the moment as more tours are getting ready to go out, putting a strain on availability,” he says. “But the DiGiCo workflow is very familiar to so many mixers out there now that it’s not a concern.”

The Quantum225 incorporates all of the new design features introduced with the Quantum338 and uses three large-scale seventh generation FPGAs to continue the unrivaled Quantum legacy. Quantum225 sports a 17-inch, 1000-nit, high-brightness multitouch screen with both a meter bridge and soft quick select buttons for quick and intuitive operation, while 41 individual TFT LCDs displaying channel information and metering, bank information, macros and more guide users immediately to every control. That’s in addition to 25 100mm touch-sensitive faders in two banks of 12, plus a dedicated user-assignable master fader with high resolution metering. The Quantum225 merges tried-and-tested workflows with immense processing muscle, bold innovation, and all of the Quantum features, giving users the ultimate tool set. 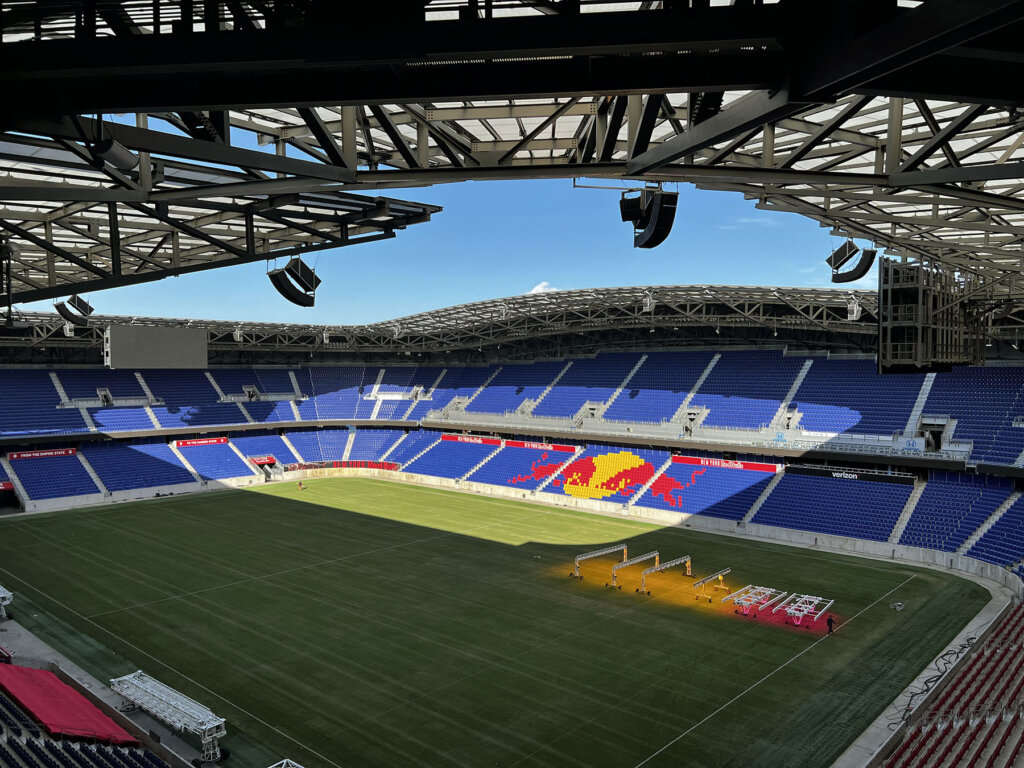 “It’s exactly the console we needed,” adds Nicklas. “I always say that I’d rather look at something than look for something, and with the intuitive layout of the Quantum225, anything that we would ever need to get to quickly is immediately accessible. Plus, the sonic integrity of this desk combined with the new PA system is just fantastic. You’d really have to work hard to get a bad sound out of it all. We’re so happy to have DiGiCo and L-Acoustics on the team. They’re both major-league improvements for us.”

For more information on the NY Red Bulls and Red Bull Arena, visit www.newyorkredbulls.com. Diversified can be found online at www.onediversified.com.

“Sleek and attractive,” they look good enough to exhibit, but the MCA uses them at the Edlis Neeson Theater for…