Leading megachurch stays with DiGiCo platforms for its sanctuary sound, adding a Quantum338 desk at monitors as well as an upgrade to its SD-Rack to complement its existing DiGiCo SD8 at FOH 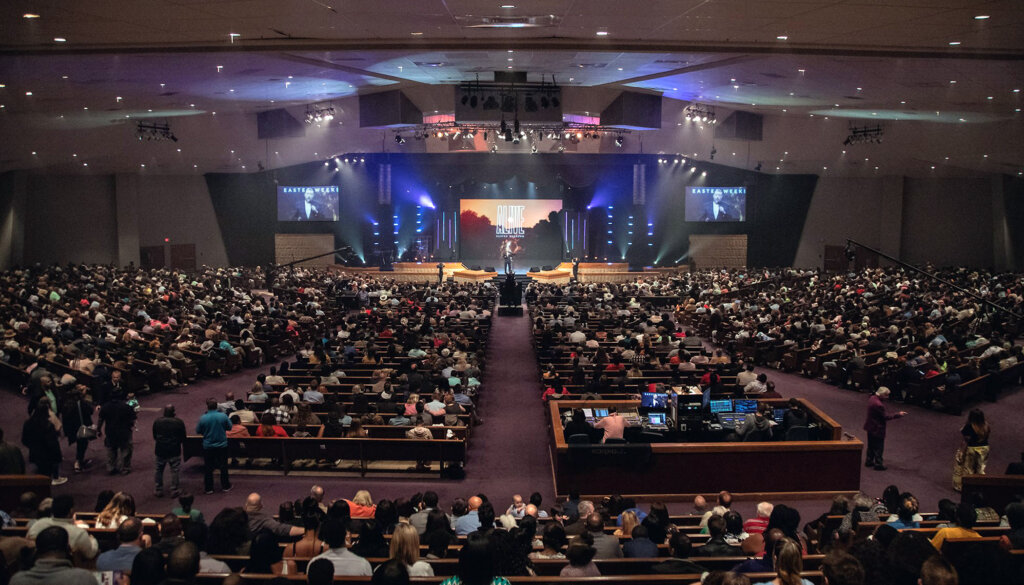 World Harvest Church is a big deal. The 122,000-square-foot main building is home to a sanctuary that seats over 5,200 people and contains an auditorium, a television studio, a children’s ministry that includes Sunday school for children newborn to sixth grade, the Harvest Preparatory School, the ministry’s administrative offices and more, all on a 57-acre campus in Columbus, Ohio. The church even incorporates Valor Christian College, a co-educational institution located on the property.

But like many churches of any size, World Harvest Church is careful when it comes to AV technology investments. That’s why the church’s most recent acquisition—a new DiGiCo Quantum338 console, serving as its monitor mixer—is an addition to its existing DiGiCo infrastructure, which includes an SD8 console mixing front of house and an SD-Rack that has now been upgraded to include 32-bit “Ultimate Stadius” microphone pre-amps. The audio system infrastructure update further involved moving all of the DiGiCo platforms to an Optocore fiber network, handled by Orlando-based Owens Audio Video Design, which also sold the DiGiCo systems, as well as a Nexo PA, when they were installed earlier this year. 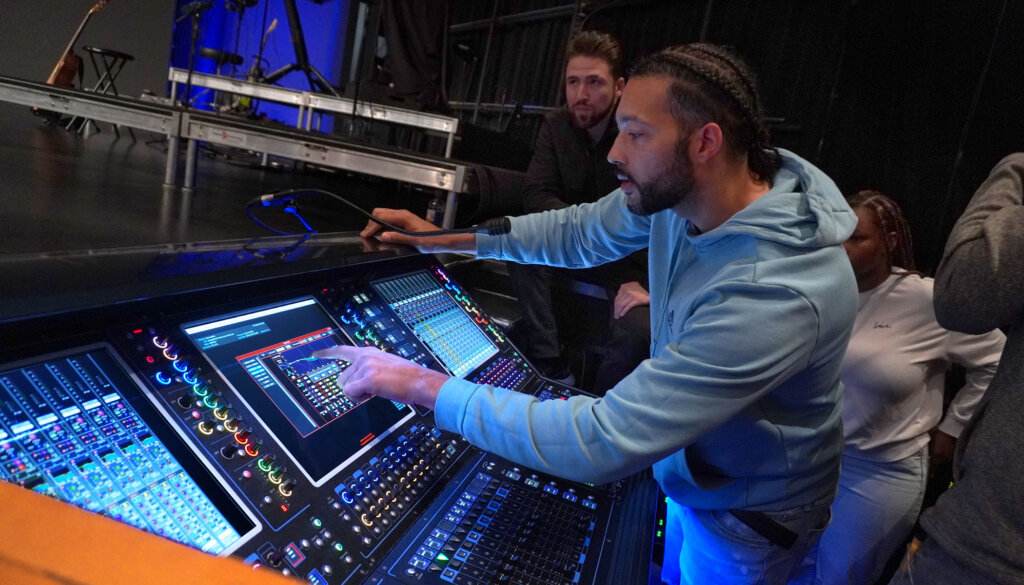 “World Harvest Church tends to hang onto their systems and get the most ROI from them as possible, which isn’t unusual,” observes Bob Owens, owner of Owens Audio Video Design. “They’re a longtime customer and a longtime DiGiCo user—we sold and installed the DiGiCo D5 console that they had in the sanctuary for monitors before we sold and installed the SD8 there in 2010. The Quantum338 is a great choice for them—it takes them light years beyond where the D5 was, with more faders and layers and inputs, but at a very cost-effective price for all that additional capability, plus the Quantum processing, which is a super plus for them.”

The church’s audio team now has 56 32-bit mic pre’s to work with, as well as 64 AES and analog outputs at monitors. In addition to the new pre’s, the SD-Rack also had new interface cards added, including five analog cards, two AES cards, a Dante card, and an Aviom interface card for the church’s IEMs. “World Harvest Church’s pastor is pretty outspoken,” says Owens. “When he doesn’t like something, he’ll let you know. But when he does, he’s happy to tell you that, too, and he’s noticed how much better and how much the cleaner the sound in the church has been this year. In fact, everyone’s noticed!” 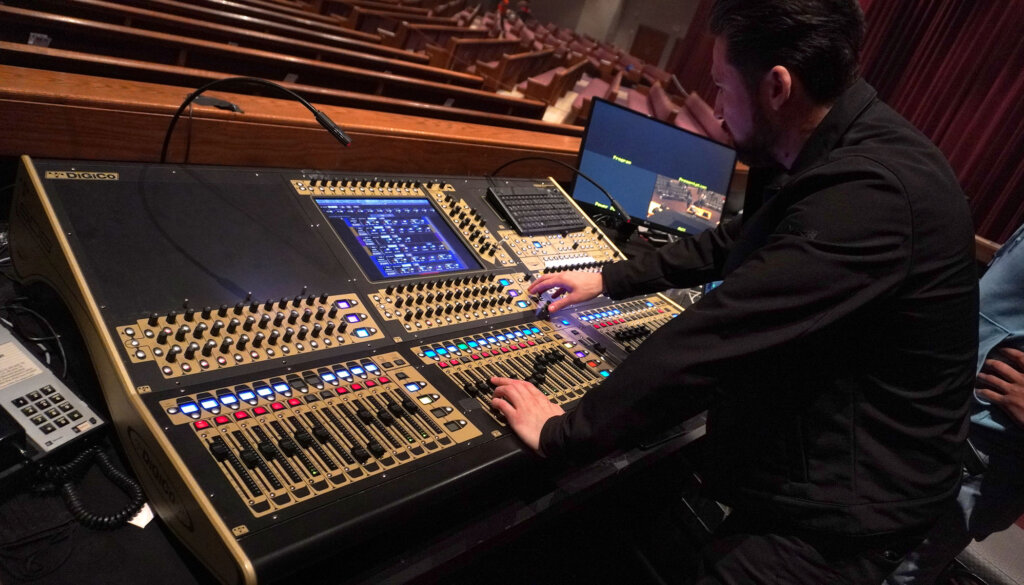 World Harvest Church Audio Director Joe Cooper is effusive in his praise of the Quantum338 as well. “It made a huge difference for us from the very start,” he says. “For starters, the 32-bit mic pre’s and us now operating at 96k makes a big difference in the quality of the sound and gives us so much more headroom. And now that all of the consoles are on an optical loop, we can use the Quantum338’s control sends to move audio around the network easily if, for instance, we want to send audio back to the front-of-house console for playback for training, virtual soundchecks, or to troubleshoot issues. The flexibility is incredible.”

Cooper, who is the church’s main audio mixer but who also oversees a small crew of contract mixers, says training was not an issue since he and his staff have been progressively moving from previous iterations of DiGiCo operating systems—“it was a logical progression from the SDs to the Quantum,” he says—and he credits DiGiCo’s unwavering customer support over the years for making sure any question gets a fast, accurate response. 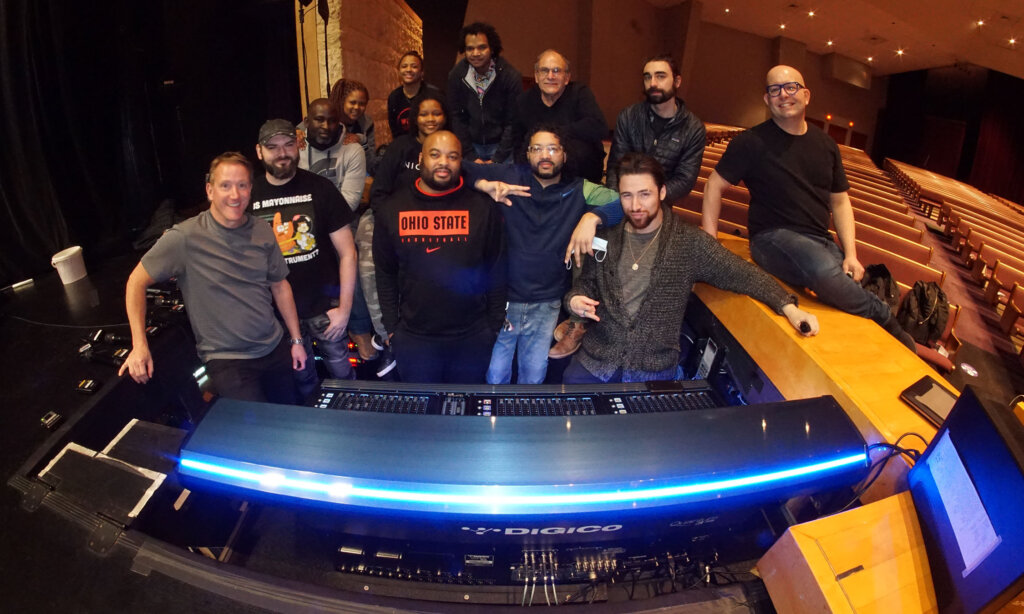 Now that the Quantum338 is in place, Cooper says the Quantum processing power has been a wonder to explore. “I’ve been using the Spice Rack a lot, particularly the six-band, dynamic, multiband compressor/expander, Chilli 6. I’ve been a big user of Waves in the past, especially the C6, and with Chilli 6, that kind of processing is now better integrated into the console itself,” he says.

The addition of the Quantum338 and the fiber loop is changing the church’s workflow. In addition to the improvements it’s made for monitoring, Cooper says he plans on extending the network fiber to the church’s Pro Tools-based recording studio, again something the Quantum338’s control sends will facilitate. And the future holds even more expansion: Cooper says he’s recommended the church invest in a KLANG in-ear monitor mixing system for the stage. “Right now we’re mixing Pro Tools ‘in the box,’ but another Quantum338 would make a huge difference there, too,” he says. “You never know.”