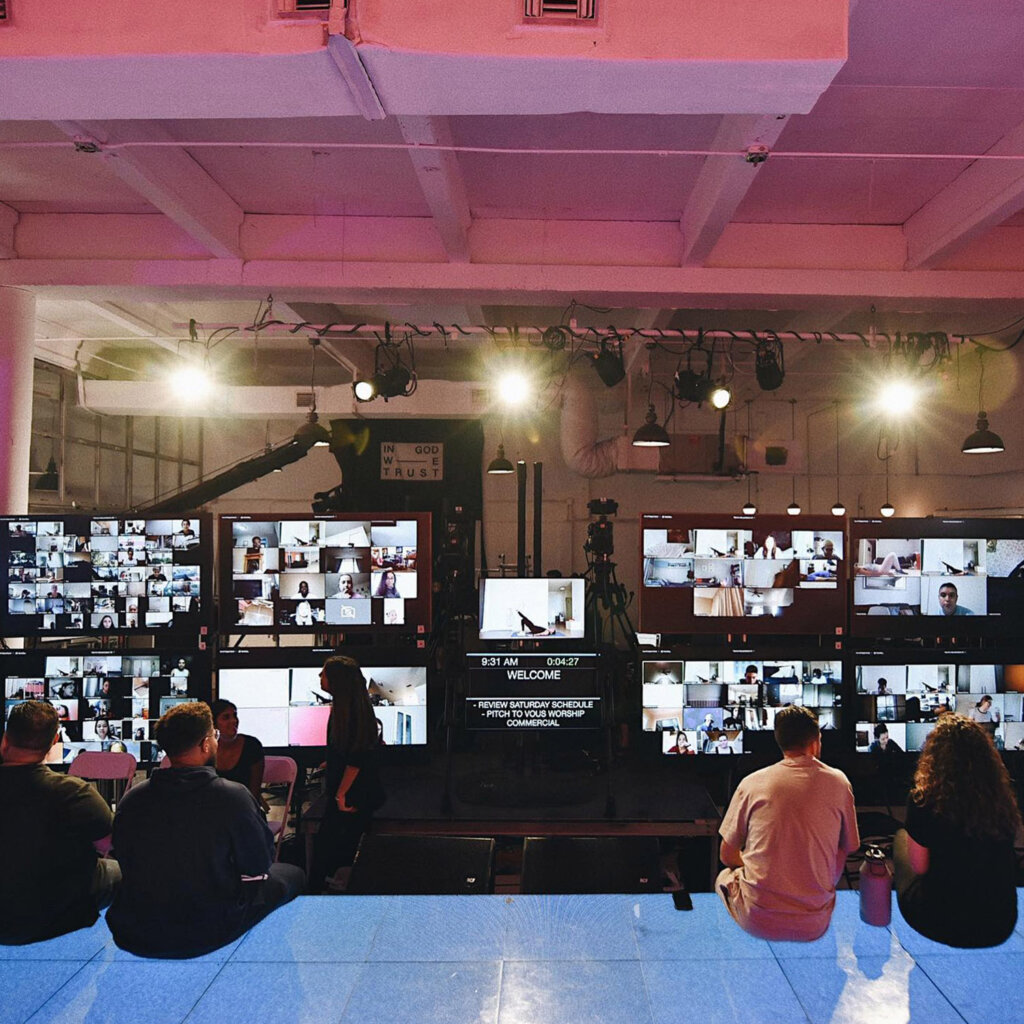 Although Miami’s annual VOUS Conference has been taking place for more than a decade, VOUS Church first officially launched five years ago out of a weekly young adult gathering known as The Rendezvous, started by Trinity Church in Miami Gardens. Since then, VOUS Church has grown rapidly, expanding into two worship spaces—a 1,500-seat auditorium at iTech, Miami’s mega technology magnet high school, and a 500-seat hall at Jose De Diego middle school, just two miles to the south. But the real audience explosion has taken place virtually, especially during the pandemic, with the church now having an average of 40,000 viewers streaming services online each week.

VOUS Church Production Coordinator Jon Wygant oversees all church sound, both live and studio, as well as personnel and inventory for the production department. He served on the church’s launch team in 2015 and, since then, has been tasked with keeping VOUS’ audio tech up to par. It was this directive that prompted him to reach out the local shop of 3G Productions to supply iTech Auditorium with a new DiGiCo Quantum338 mixing console.

“We’ve had a DiGiCo SD9 at each of our locations from the start, and I absolutely love them,” he says. “The SD9 is still a powerhouse for such a small desk, but as we made plans late last year to take our services into an online experience, we decided to upgrade to a console that would better suit our broadcast site’s future needs. As the primary engineer here, I definitely spend the most time behind the mixing console, and I knew I wanted another DiGiCo. For ease of use, high-quality sound, and cross-console capability, there’s nothing better. I was initially hoping for something between an SD12 and SD5, so when DiGiCo announced the Q338 in January, it was destiny.”

Wygant says that, for him, the biggest appeals of the Quantum338 were its expansive I/O—including six onboard MADI ports and two DMI slots—as well as its updated layout and usability. “We have a pretty extensive setup and also want room to grow and the Q338 was sitting right in that sweet spot. Mixing on this desk is a dream and just so intuitive to operate.” 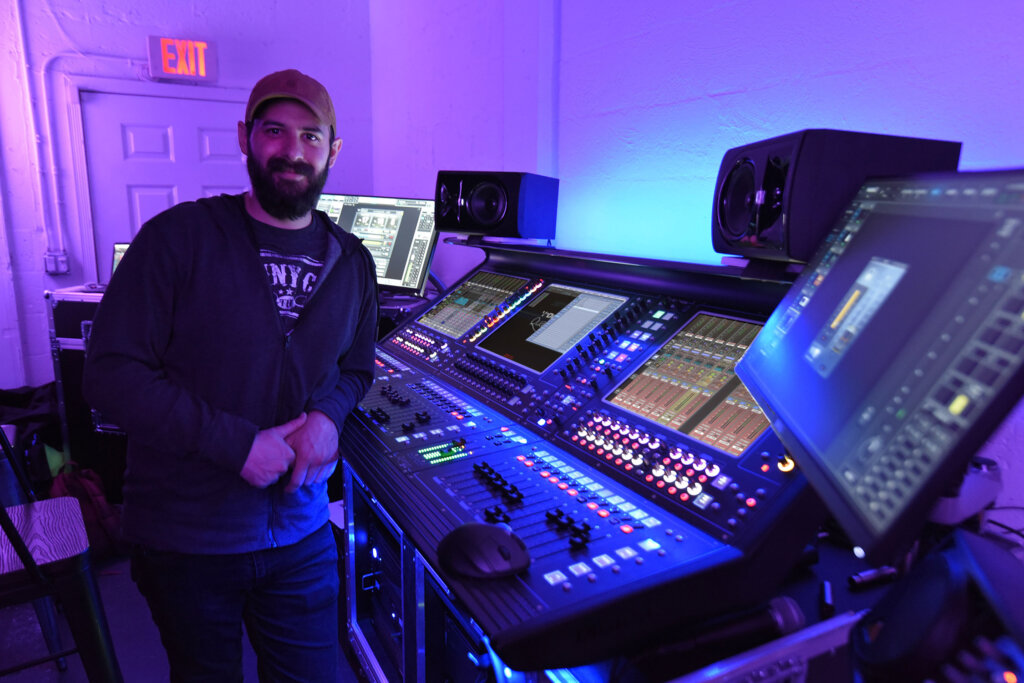 With VOUS Church’s services now primarily being online, aside from several live in-person events, iTech Auditorium’s Quantum338 serves more as the church’s streaming console than FOH desk and is isolated in a separate room “to keep the mix focused and clean,” Wygant notes. The pre-existing SD9 has now taken over monitor duties, residing in the main worship space for easy interaction with the praise team, and is used to control all IEMs, wedges, and the house/reference mix. With approximately 60 inputs coming into the house console, the church generally runs 16 different IEMs on the monitor mixer—for drums, bass, two guitarists, two keyboardists, up to eight singers, and two engineers—plus two sets of wedges, which are primarily used for those who are speaking.

iTech’s Quantum338 is paired with two Waves Extreme Servers, the first one being a standard setup to run plugins for the live mix. The second is to run a Waves eMotion LV1, to which the audio crew sends matrices and some input channels via Dante from the Q338 to create a stream-specific mix. This is based on the house mix with some adjustments to optimize it for the church’s four YouTube and Facebook broadcasts on Sunday, two of which are “Zoom Room” services where the pastors and musicians can see and interact with their online community via eight large TVs facing the stage.

“Mixing for streaming is always a challenge since it can translate differently with each end user, but the Q338 is definitely making our lives a lot easier,” Wygant declares. “I enjoy bringing some of the same plugins that I love in the studio into the live setting, and the desk’s integration with Waves is helping us get our mix to be truly stream-friendly and sound the best for everyone.”

“With that being said, I do also really love the console’s onboard processing,” he adds. “The dynamic EQs are some of my favorite features as they really allow me to aggressively clean up signals while still sounding transparent. On the Quantum line, I am in love with the Chilli 6 and will always have one on my master bus as well as a few groups. The Mustard processing is also a game-changer, especially with the analog modeled preamps and compressors.”

The church is using DiGiCo D-Racks and Little Blue Boxes to interface with both consoles. The SD9 has control of the preamps and outputs, and the team uses Gain Tracking on the Q338, which is equipped with a DMI-Dante card, to output to the LV1. VOUS also has a DMI-ADC card in an Orange Box located by the monitor console, enabling them to send 16 additional outputs to the stage from the Q338, while two DiGiGrid MGB units provide fully redundant multitrack recording.

Wygant shares that the Quantum338 learning curve for their team was “really short. Having personally mixed on many SD-Range consoles, going from one DiGiCo to another is so easy since the worksurface layout essentially remains the same. Plus, 3G, who has been our main pro audio vendor from the start, always provides exceptional system design and installation assistance as well as training and support, bringing us up to speed super-fast. They’ve been fantastic to work with.”

And as for DiGiCo’s newest console, Wygant couldn’t be happier: “Our entire team is in agreement that this desk is as smooth as butter. We have a blast collaborating on improving our layout and making new macros, and we’re really loving the flexibility and sound quality it provides. Running services and streams on the Q338 feels almost effortless and mixing on it each week is such a thrill. We are truly blessed.”

Large Dallas-area house of worship wraps up a major AV renovation that includes Quantum338 FOH and broadcast desks, plus KLANG…

From its beginnings in the mid-1970s, with barely more than a dozen members, to the opening of its 3,500-seat auditorium…

While Mt. Horeb United Methodist Church regards itself as philosophically conservative, its embrace of worship technology has been anything but….