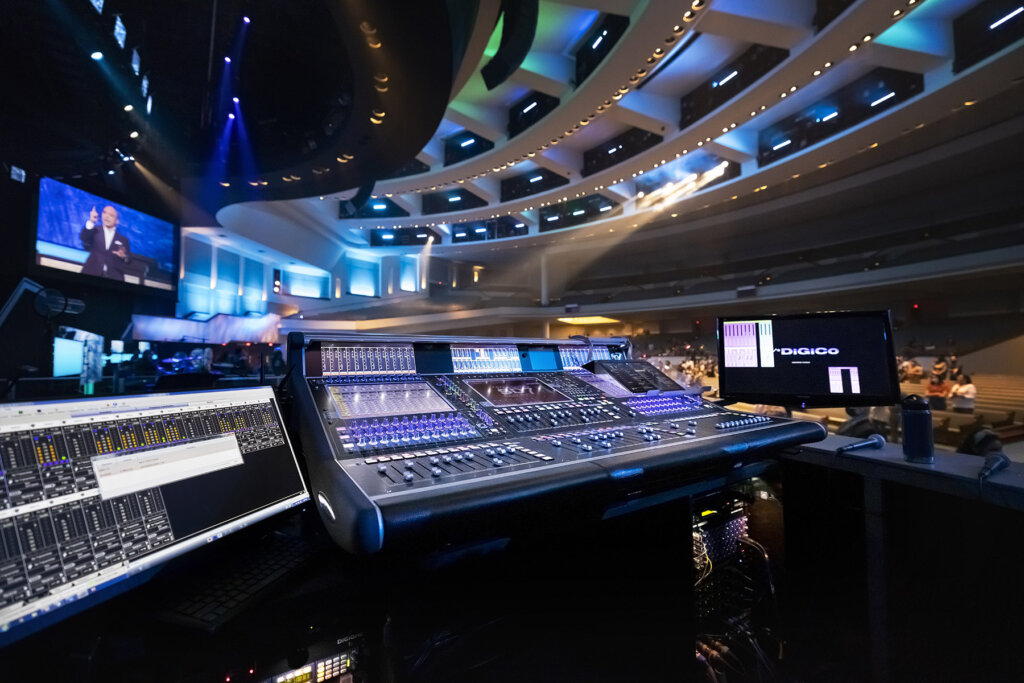 Paragon 360 recently installed three DiGiCo Quantum7 consoles at Prestonwood’s flagship location in Plano, Texas, plus one more in nearby Prosper

In Texas, everything is bigger, and that includes the houses of worship. Prestonwood Baptist Church, one of the largest churches in America with a membership of over 45,000 and a weekly attendance of around 17,000, is emblematic of the Lone Star State’s scale. So when the church realized that it needed to revitalize its audio mixing, routing, and management capacity, DiGiCo was clearly the way to go because of its flexible and adaptable workflow, ability to handle large amounts of I/O, and exceptional sonic quality.

Working closely with integrator Paragon 360, the church installed three DiGiCo Quantum7 consoles in the 7,000-seat auditorium of its main campus in Plano, Texas, used for front of house, monitors, and broadcast, and one more Q7 at its newer Prosper, Texas campus, used to simultaneously handle front of house, monitors, and broadcast for the smaller yet substantial 1,500-seat sanctuary there. 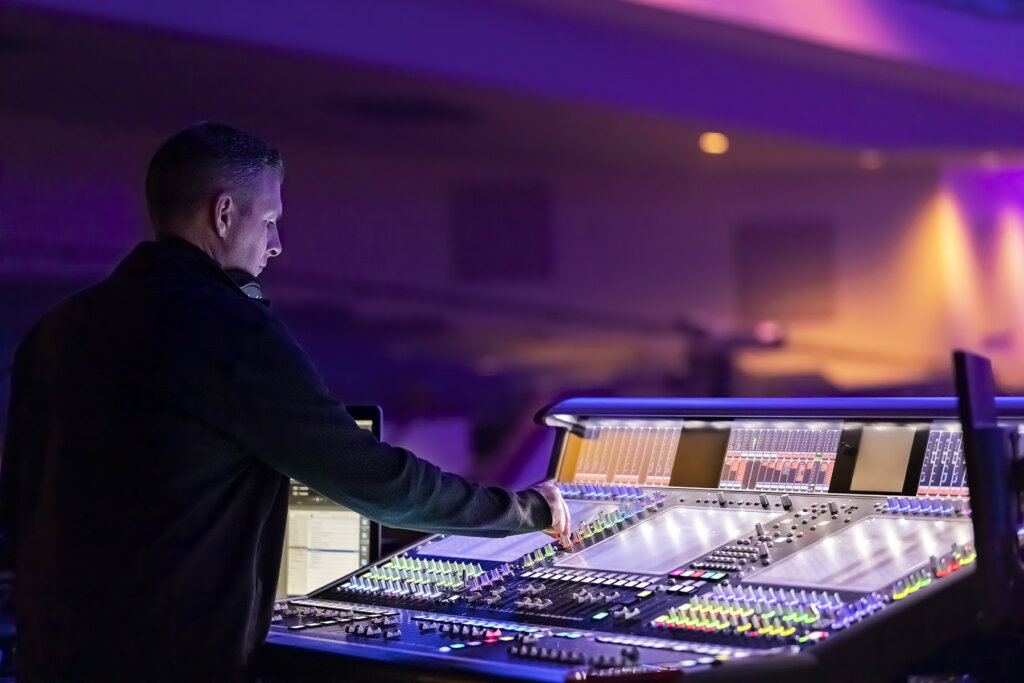 The 140-acre Plano campus is also now fitted with an ample complement of I/O stations, including two SD-Racks backstage, along with an Orange Box loaded with DMI-DANTE 64@96 and DMI-OPTO Optocore cards for wireless microphone inputs. On stage are two more SD-Racks, plus an SD-Nano Rack for tracks, with yet another SD-Rack found in the church’s broadcast studio. Also, SD-MiNi Racks are located at both FOH and monitors, with another SD-MiNi Rack in the amp room, and an SD-Nano Rack positioned up in the catwalk. The Prosper campus’ new Q7 is supported with two SD-Racks onstage and one more in the broadcast studio, plus an Orange Box for its wireless mics.

When Mike Smith, Prestonwood Baptist Church’s Live Production Lead and Lead Audio Engineer, first arrived over two years ago, he quickly realized that the church’s existing audio console infrastructure was nearing the end of its useful life. “We created what we called a ‘failure log,’ and in a little over a year we had between 60 and 70 entries,” he recalls. “As soon as I came on staff, we started talking about doing the console switchover, and we already had an SD5 in our Student Ministry Building, which just had opened up right after I came on staff. Plus, my boss, Bryan Bailey, came out of First Baptist Dallas and they were all DiGiCo over there. So it just made sense to stay with DiGiCo.” 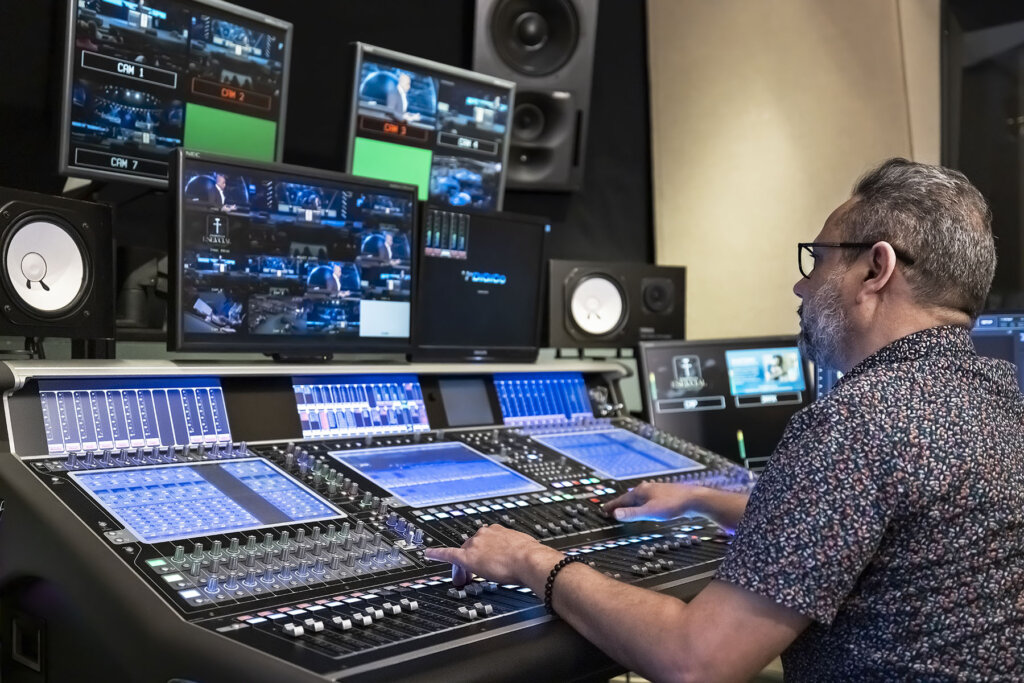 Smith cites the configurability and high I/O counts the Q7s afforded the church: “We have a big service, a full choir and orchestra, and lots of inputs, so we needed a big input count, and with auxes and submixes we’re pushing 48 outputs,” he says. “The monitor desk runs over 50 outputs and we’re running close to 200 inputs. We’ve multed all 15 vocal channels and split them into two channels, which allow us to have separate mixes.”

And come Christmas, the production becomes even larger. “We do a really big Christmas program every year called ‘Gift of Christmas,’” he explains. “It’s like a Broadway-level ticketed event. It’s in addition to our normal services and is massive; we have a full percussion rig and a whole rhythm section with drums and two guitar players and full tracks. Fortunately, the console can handle a boatload of inputs and outputs to accomplish what we need. You can make the console do whatever you want. The macros are super powerful and the Waves integration is very helpful.” 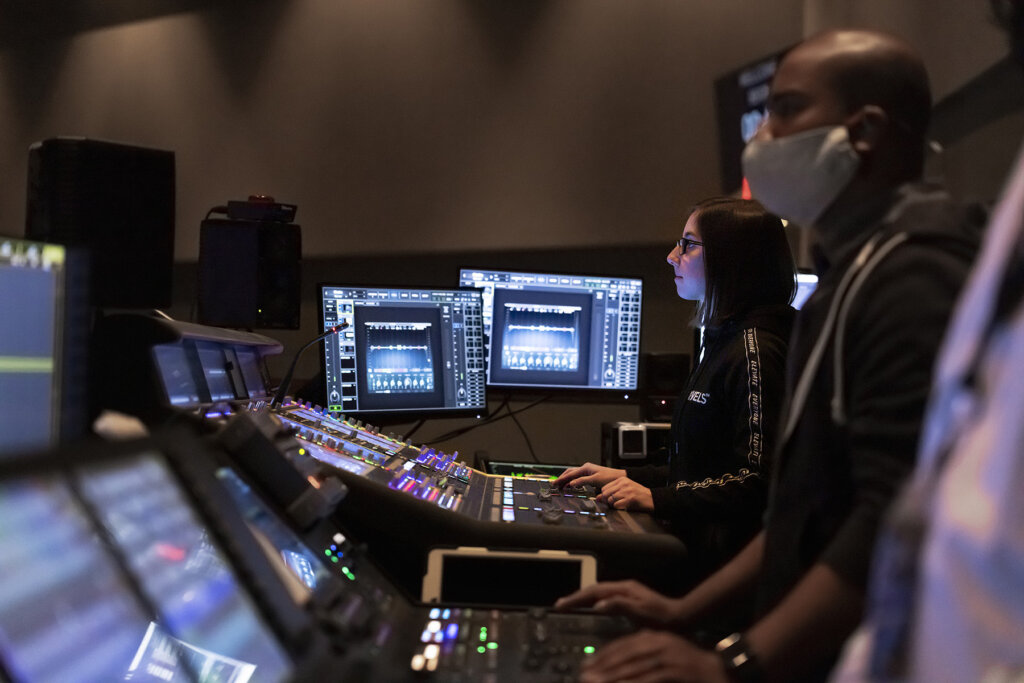 The installation was able to utilize much of the existing fiber infrastructure for the Optocore network, with a few additional strands installed by Paragon 360 to accommodate the Q7s’ bandwidth requirements. Mark Coble, Lead Audio Designer at Paragon 360, says he was aware of both the scale of the church’s production needs and the level at which they operate.

“They are very tech savvy, more so than many churches, and they have some very sophisticated requirements,” he says, pointing to their needs for very high channel counts and extreme reliability. “As important as functionality like processing and flexible routing are, the need for seamless backup in the event of a failure was just as important, and the Quantum7 fulfills all of those requirements. It’s one of the few dual-engine consoles on the market—if one engine were ever to fail, the other takes over immediately and seamlessly.” 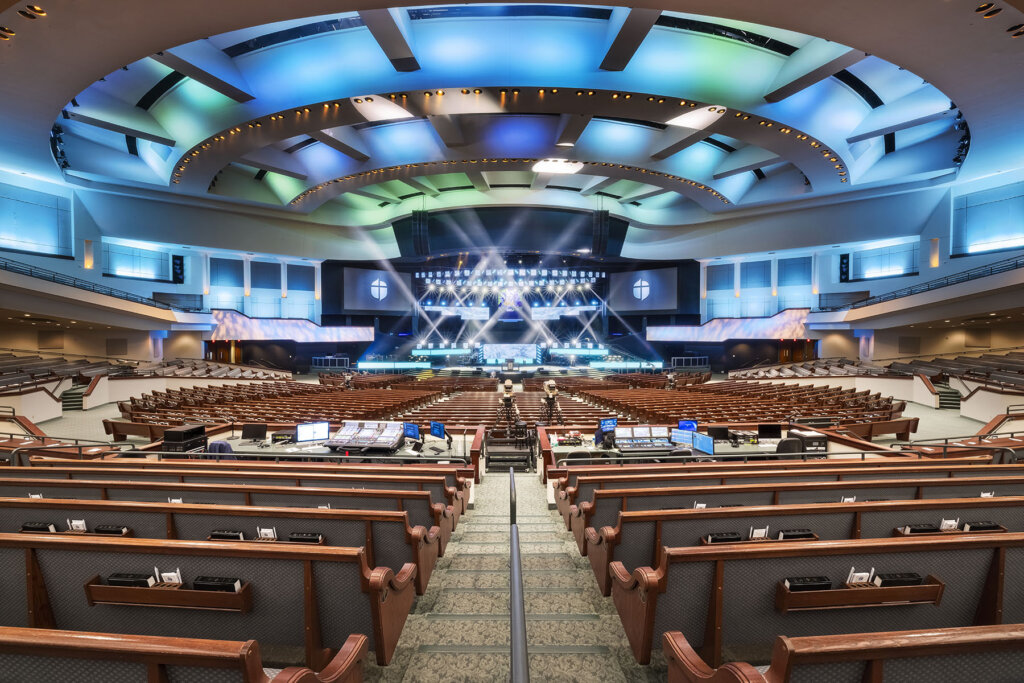 Prestonwood Baptist Church is one of the largest churches in America with a membership of over 45,000 and a weekly attendance of around 17,000

Coble also cites the Q7’s operational features that make managing live production at this scale easier. For instance, utilizing virtual soundcheck, engineers can save valuable time by using previously recorded tracks to fine-tune the mix prior to musicians and singers arriving for rehearsal. The Q7 also allows sessions to be saved and loaded, which can be especially useful for broadcast, ensuring that the optimizations made each week are saved for future services.

Noting Prestonwood Baptist’s high level of production, Coble realized that those needs would only increase in the future, necessitating a console infrastructure able to grow with those needs. “Their level of production every Sunday is very high, and even more so for their special events like Christmas, Easter, and Freedom Weekend,” he explains. “DiGiCo’s processing, with capabilities like Nodal and Mustard processing, has been evolutionary, so the Quantum processor will be able to keep up with this church’s needs for years to come. The technology will not limit their creativity.”

Coble also recommended DiGiCo for their support. “No installation of this scale goes without a few hiccups, but when that happens, DiGiCo is right there when you need them,” he says.

While the AV in both church locations is fully independent, staffers and volunteers can be called upon to work at either location. Thus, having the Q7 ecosystem everywhere is a huge boon. “There are some differences between the locations, especially at monitors, but if you walk up to either broadcast or front-of-house console, you’re going to know right where the drums are and be able to make your way around on the desk pretty quickly,” says Smith, adding that he and the staff have been diving into the Quantum7’s Mustard and Spice Rack processing. “There’s just so much to work with there,” he says, “and we’re just scratching the surface.”

For more information on Prestonwood Baptist Church, go to www.prestonwood.org. Paragon 360 can be found online at www.paragon360.com.