“Sleek and attractive,” they look good enough to exhibit, but the MCA uses them at the Edlis Neeson Theater for music and theatrical performances, panel discussions, presentations, and live streaming 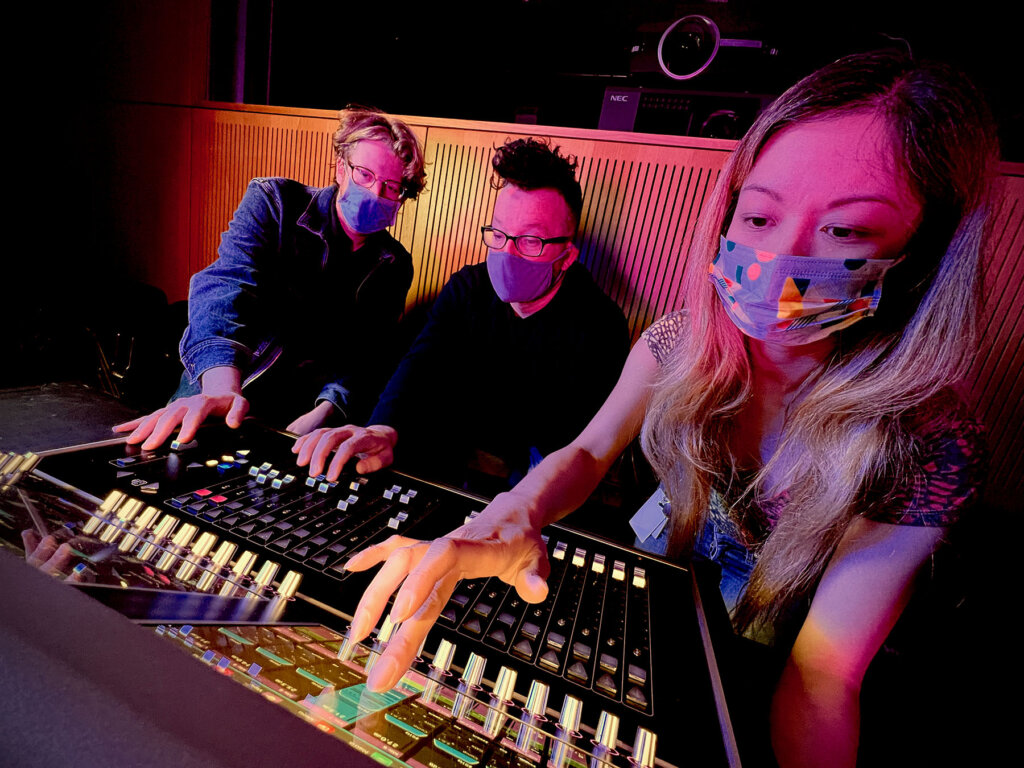 Chicago’s Museum of Contemporary Art has purchased two new beautiful pieces of equipment, but museumgoers are much more likely to hear them before they see them. This past summer, the MCA acquired and installed a pair of DiGiCo S21 audio mixing consoles.

With consulting and purchase provided by Second City Sound & Communications, and integrated by SCS’s Gerry Formicola and Brad Galvin working with the MCA Production team, the S21s now reside in the museum’s Edlis Neeson Theater. The desks are each paired with a DMI-Dante card for networking, plus three DiGiCo A168 stage boxes also connected via Dante. One console now serves as the front-of-house desk for the Neeson Theater and is further fitted with a DMI–AMM (Automatic Mic Mixing) card. The second console is situated in the theater’s audio/video control room where it’s used to mix streams of the events and presentations originating in the venue, and can also be called upon for monitor-mixing work when needed.

“The museum has moved to a visitor model with people inside the museum and theater but much of what takes place here is also available via streaming,” says Matthew Test, the MCA’s Audio Visual Manager. “Most of the in-person events are simultaneously streamed, and the S21 in the Audio Visual room gives us the flexibility to create a unique mix for the virtual audience in addition to the one from the S21 at front of house.” 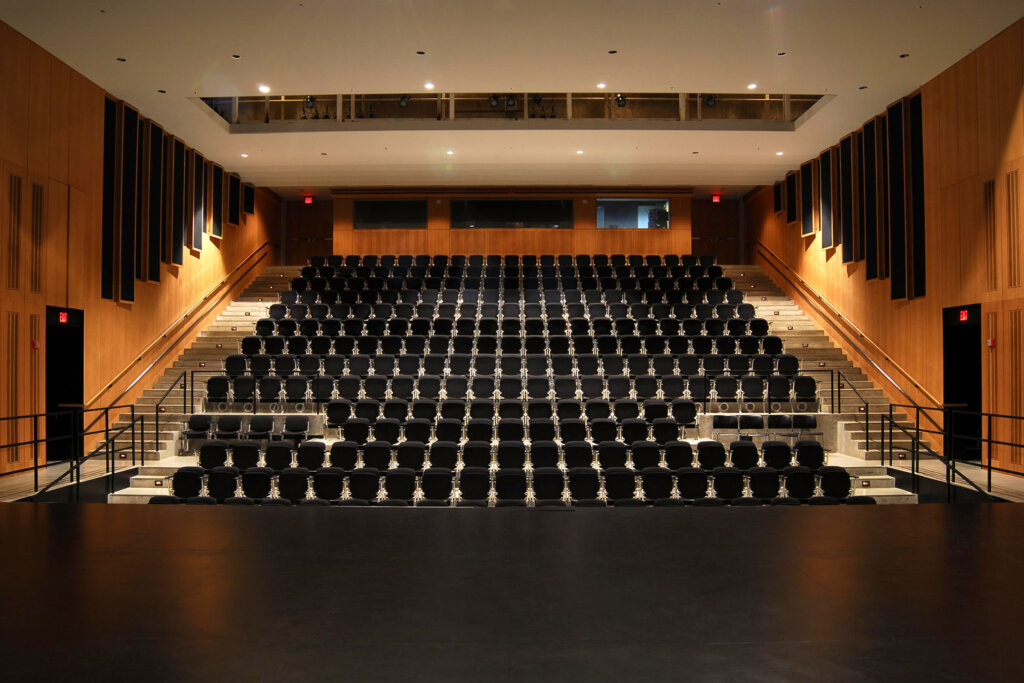 The Edlis Neeson Theater at the Museum of Contemporary Art Chicago

In researching the equipment for the Theater’s audio update, Test says the staff was looking for consoles that could be easily networked together and that offered versatility, flexibility, and impactful sound, but that were also small and compact, to minimize seat loss at front of house and be able to be easily moved and reconnected for other missions. The S21 checked all of those boxes, he says.

The MCA production team discovered the S21 as a result of a colleague watching a documentary about the hit musical Hamilton that mentioned the DiGiCo console used for its sound. “That led us down that path, and we learned that the S21 was everything a museum like the MCA needed,” he says. “It was affordable, yet still very powerful and flexible, and had the added advantage of being able to be integrated into the museum’s existing LAN infrastructure.”

As the theater’s primary front-of-house engineer, Audio Visual Technician Sam Clapp has his own reasons for appreciating the S21. “What I like best about the DiGiCo in general is how clean and easily understandable its user interfaces are, as well as the fact that they just look good—very sleek and attractive with cool touchscreens,” he says. “Perfect for a museum of contemporary art.” 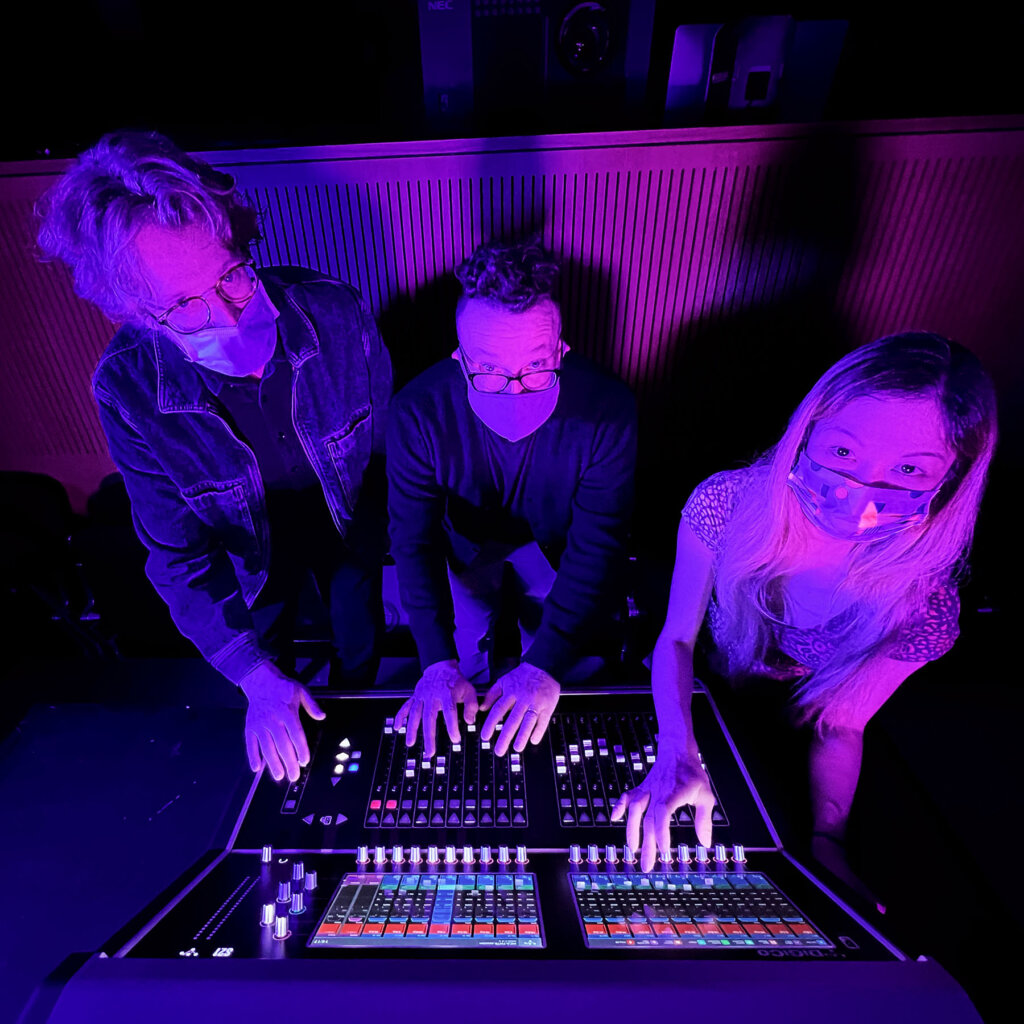 Clapp points out that he uses virtually all of the S21’s features, including onboard EQ and compression. “And for someone who learned audio from working on a DAW, it’s so easy to transition to.”

He adds that he regularly uses the FOH S21’s aux sends for the live streams when not using the S21 in the video control room, setting them up to mirror the main FOH mix, an approach he says is more efficient for some types of shows. Conversely, Test likes that he can use the Dante network to pull pre-fader inputs from the stage boxes to both boards simultaneously, noting that “they can still talk to each other, which is a nice feature for gain-tracking.”

“We also use a group system to collect channels with similar EQ and compression needs, like handheld mics and lavs, and they get routed to the matrix and then sent to the LCR and sub speaker stacks,” Clapp adds. “So there are a lot of flexible routing options. And also the ability to create presets and save them as starting points for different projects. That’s worked well for many kinds of events, from small panels to large-scale shows.”

Audra Jacot’s domain at the MCA’s Edlis Neeson Theater is mostly video, but even there she’s found the S21 to be helpful. Occasionally, one of the consoles’ mix engineers will step away for a moment, and she’s found that she can easily and confidently step in.

“I can immediately see that if it’s purple, it’s an aux feed, and if it’s blue, it’s an input,” she says. “And if I’m nearby and someone needs a monitor level moved up or down, I can see what channel they need to adjust. It’s laid out so intuitively, and it just looks great,” prompting Test to add, “We’re a contemporary art museum, so we have a reputation that we have to maintain. Thanks, DiGiCo!”

For more details on the Museum of Contemporary Art Chicago, please visit www.mcachicago.org. Second City Sound & Communications can be found online at www.secondcitysound.com.