An S31 is the venue’s new front-of-house console while the S21 acts as the router for a newly expanded video production facility, connected via Dante using DMI-Dante interface cards 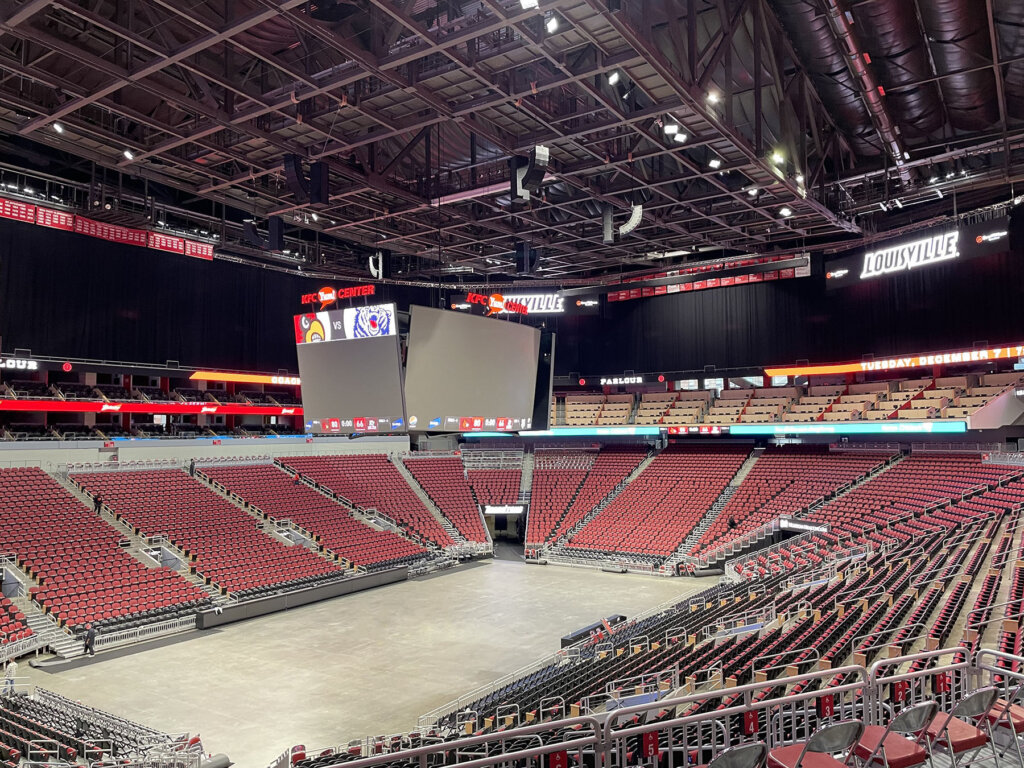 Louisville’s 22,000-plus-seat KFC Yum! Center, the largest arena in the United States by seating capacity designed primarily for basketball, has done it all over the last decade. Since the multipurpose venue first opened in 2010, it’s been home to the University of Louisville Cardinals men’s and women’s basketball teams, did a brief stint as the primary gridiron for the Indoor Football League’s Louisville Xtreme, and hosted countless concerts from artists as varied as Metallica, Alan Jackson, and Celine Dion.

What fans in the stands will get now, though, is an even better sonic experience thanks to the recent installation of a DiGiCo S31 console as the venue’s new front-of-house console, and an S21 desk that acts as the router for a newly expanded video production facility used to support the venue’s sporting and other events. In addition, the new console installation includes a DMI-Dante interface card in each console, part of the venue’s extensive Dante infrastructure, and three 16×8 A168D Stage Boxes in strategic locations. The DiGiCo equipment was specified by project consultant Anthony James Partners (AJP) and installed in September by Salt Lake City-based Performance Audio. 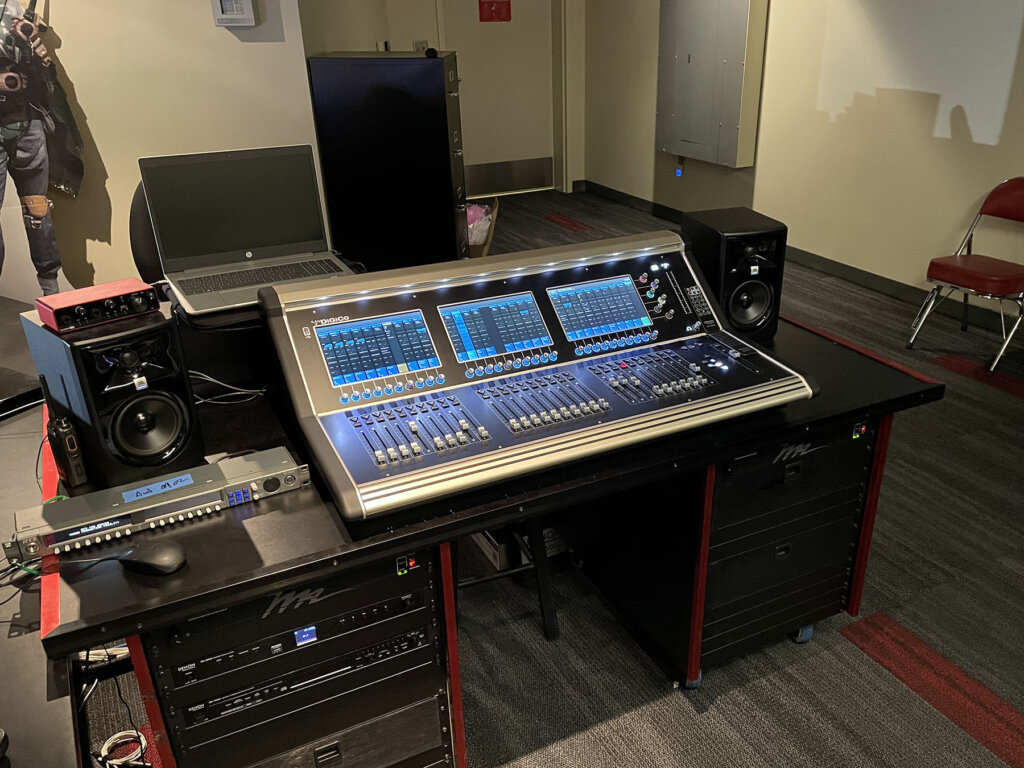 “I chose the DiGiCo S-Series consoles for many reasons,” says Jack Covert, Senior Audio Design Engineer at Richmond, VA-based AJP. “They offer high channel counts, remote-operation capability, and as a package, together with the stage boxes and the Dante capability, it was the perfect solution here, where we’re using JBT [junction-box technology] to distribute audio signal. The consoles talk to each other via Dante—we’re clocking them over Dante, so we don’t need to use an external clock source—and the S21’s work surface is 20 percent smaller than the S31’s, so it fits nicely into the broadcast studio. Plus, both have the same high-quality mic pre’s and excellent sound. And, as a huge plus in my view, DiGiCo sent a factory rep to train the venue’s staff. DiGiCo gave us everything we needed: great sound, great performance, and great support.”

“Everything sounds fantastic now,” confirms Doug Woosley, a Louisville-area systems integrator who was brought on by Performance Audio as a consultant, to assist in training, and for ongoing systems support for the audio aspect of the venue’s recent renovation, which further included a new Adamson PA system. video scoreboard, and expanded video production facility, which the S21 is a key part of. 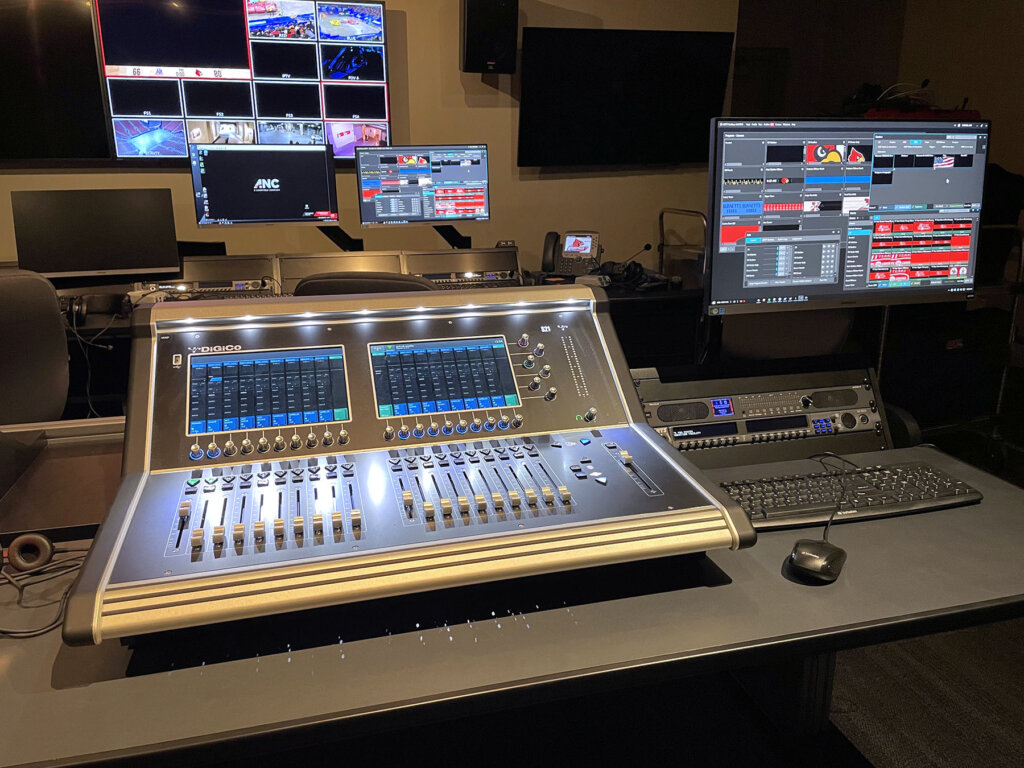 “Not only do the DiGiCo consoles sound great, but they brought with them very easy Dante integration, which is something we have implemented and exploited extensively here starting four years ago, through the DMI-Dante cards. We have Gigabit switches throughout the venue in strategic locations, including the video production facility, which is located a distance from the bowl, so to be able to have a digital connection between them point-to-point is a huge advantage. DiGiCo’s compatibility with Dante makes that happen effectively and efficiently.”

In addition, Woosley points out, having DiGiCo desks at both front of house and video production means complete compatibility throughout the audio signal path, and facilitates training, because the consoles’ operating systems are identical. “Before, we had two different kinds of consoles in those locations,” he says. “This makes training so much easier.” 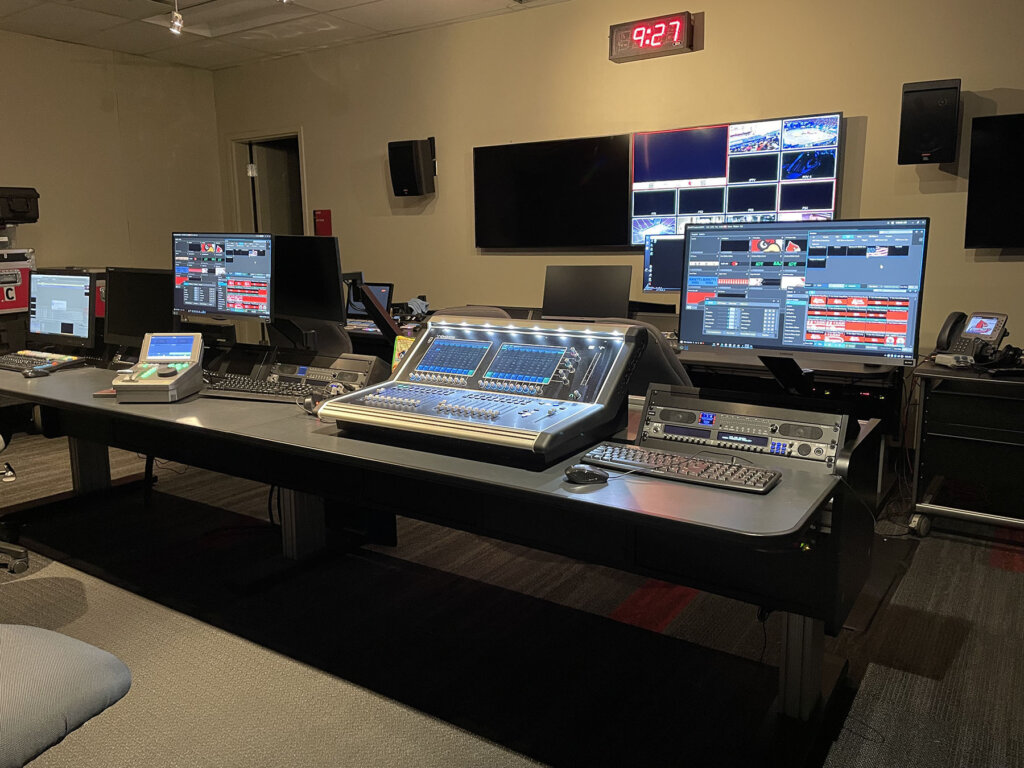 He adds that the S-Series consoles’ functionality has helped streamline the workflow at the venue. For instance, audio signals from the DSP infrastructure in the interview room can go directly over Dante to the two consoles, allowing them to feed both video production and the PA system. And the A168D Stage Boxes further enable inputs in other locations to quickly and easily be patched in as well. “They also allow us to pull in sources from everywhere, including the announcers’ table, on a single strand of Cat-6 cable,” he says. “Plus, DiGiCo’s internal routing is spectacular. In fact, the S21 in our video production is being used as the facility’s audio router, allowing us to do away with as much as 80 percent of our analog signal path. The efficiency of our system with these consoles is excellent.”

For more details on KFC Yum! Center, visit www.kfcyumcenter.com. Anthony James Partners and Performance Audio can each be found online at www.anthonyjamespartners.com and www.performanceaudio.com.

Golden Age Hollywood movie mogul Jack L. Warner called it “The Castle of Your Dreams.” The Warner Grand Theatre is…