There is a difference when it comes to in-ear monitoring, this Florida church discovers, as its moves up to the top level of in-ear technology with a new DMI-KLANG interface 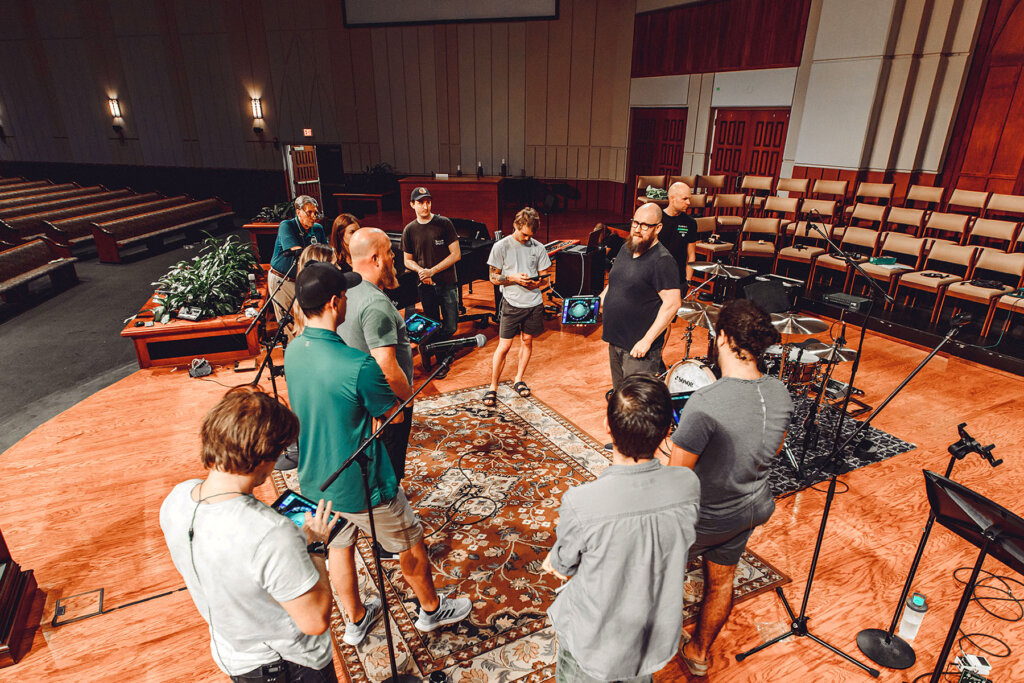 Founded in 1983, Seven Rivers Church, a large and growing congregation in Lecanto, Florida, has adopted a KLANG immersive in-ear mixing solution for all of its stage monitoring needs. Installed as part of a full sound system upgrade completed last August by Louisville, Colorado-based Summit Integrated Systems, the church’s new KLANG setup is comprised of a DiGiCo Orange Box equipped with a DMI-KLANG card, which is capable of processing up to 64 inputs for 16 immersive in-ear mixes. The recent system retrofit project also saw the church install a new L-Acoustics A15-based PA system in its 1,000-seat auditorium, built in 2003.

Seven Rivers Church had been using IEMs for monitoring for a number of years prior to the upgrade, using a system that Seven Rivers Church Director of Worship Adam Hill describes as “serviceable” but lacking in sonic quality and functionality. While attending an InfoComm Show in nearby Orlando nearly five years ago, he encountered what was then a new brand for in-ear monitoring solutions in the US. 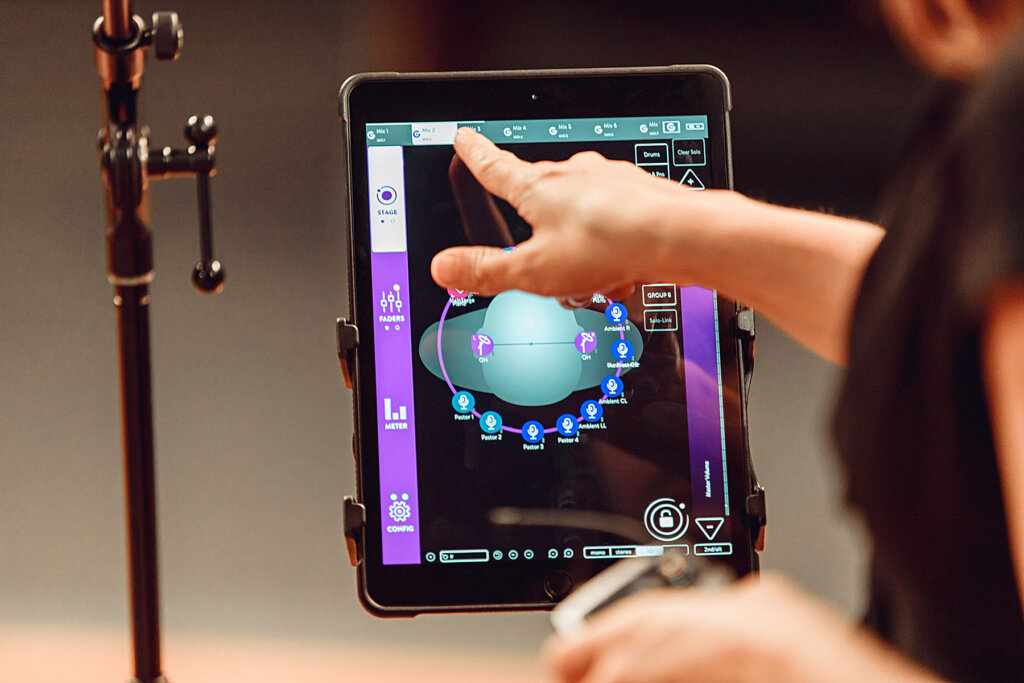 “I saw the KLANG booth at the show and decided to check it out,” he recalls. “We were already on IEMs, but I wasn’t thrilled with the setup we had, and I had already been researching alternative systems for several years by then. KLANG’s use of the iPad and their idea of immersive sound was interesting, but I was skeptical—I figured it was just glorified stereo. But they gave me a demo of the KLANG:fabrik and I was stunned. It sounded fantastic and its features were incredible. For instance, when one person maxes out their level on their channel, the next step is that the system automatically begins lowering the levels of the other sounds in the mix. I thought that was brilliant. Why hadn’t anyone else ever thought of that? Those kinds of features sealed the deal for me.”

At the following InfoComm Show, Hill brought Seven Rivers’ Technical Director Austin Haggerty along and introduced him to the KLANG system, then brought the idea to the integrator’s attention as the IEM platform for the dozen musicians and vocalists on the Seven Rivers stage on Sundays. “Everyone agreed KLANG was the way to go,” he says. 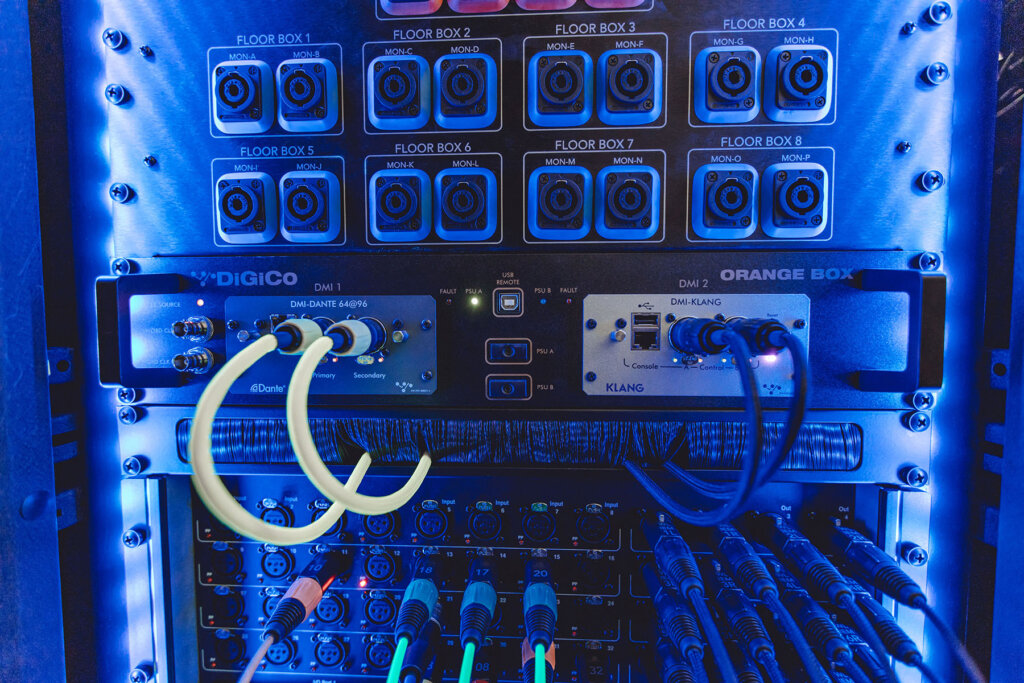 The stage outputs are routed analog to the rack of the Allen & Heath dLive S7000 FOH console installed as part of the sound system upgrade, and then over a Dante network via a DiGiCo DMI-DANTE 64@96 card in to Orange Box to the console itself. The signal goes out from the console’s direct outs (post EQ) to the Orange Box and its DMI-KLANG interface, then back to the console and into the IEMs. An Apple Mac mini computer on the network, also used to record services using Logic Pro multitrack software, is loaded with the KLANG:app and serves as the house engineer’s point of control.

“The musicians, vocalists, and worship directors on stage have complete control over their own mixes; all I have to do is take a few minutes and update the labels on the channels,” says Haggerty. “The KLANG system is very intuitive to operate for the musicians because the iPad interfaces are so easy to use. And in the rare event where we have someone come in who needs help with it, I’ve got them up and running in a matter of minutes. There’s one musician who prefers the stereo mix option, but otherwise everyone is totally taken by the immersive mix. The sound of that is so natural because it follows them around on stage. Operationally, it’s the most hands-off system you could ask for.” 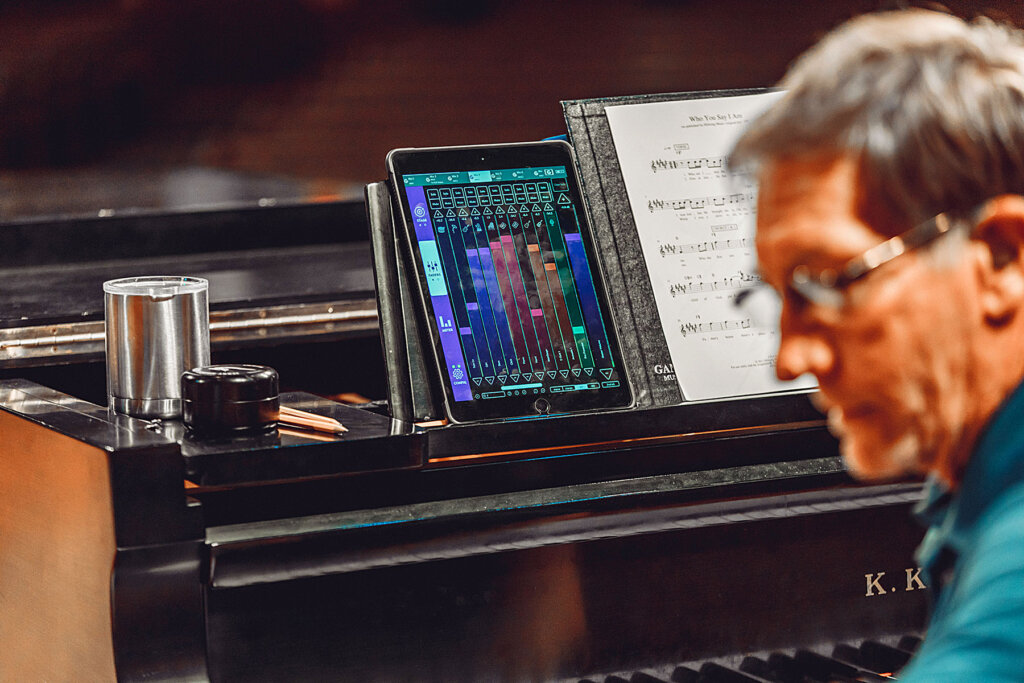 Hill adds that the musicians’ and vocalists’ reactions have been uniformly positive and enthusiastic. “The spatial ambience is what draws the most comments from them,” he says. “It just feels so natural, like you’re not using in-ears at all, and that’s the highest compliment you can pay to a monitoring system.”