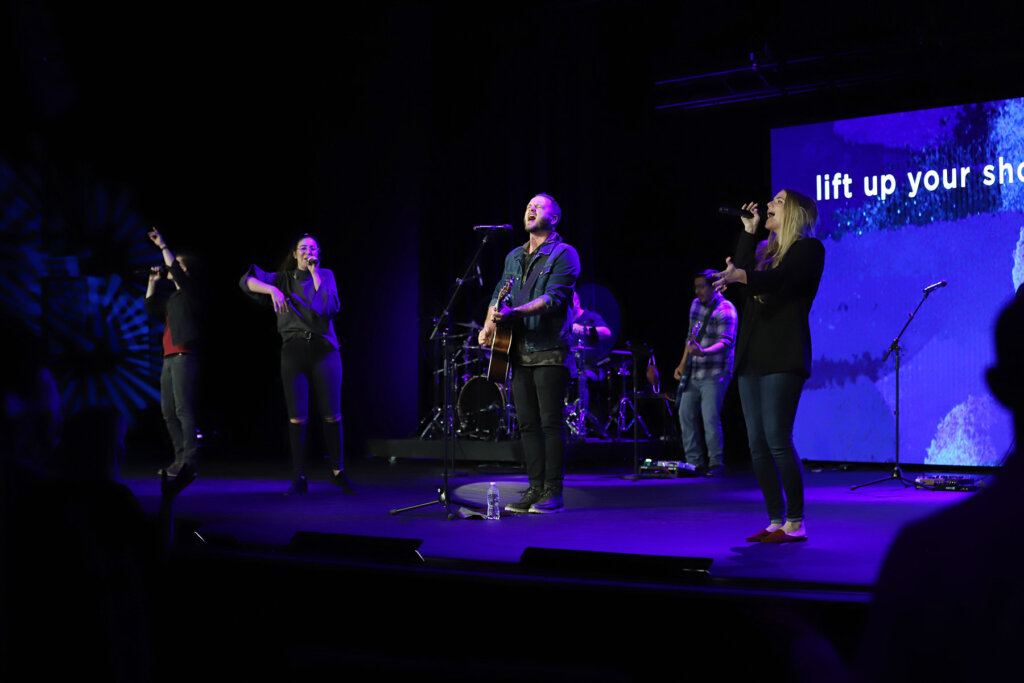 Mosaic Church recently added a second KLANG:fabrik to provide all of its vocalists and musicians with immersive IEM mixing

Like many churches adapting to conditions around COVID-19, Winter Garden, Florida’s Mosaic Church has had to limit the number of, and attendance at, its Sunday gatherings. However, the pandemic has not muted the church’s sizable and enthusiastic music complement for those services. Twice each Sunday, as many as 12 musicians and vocalists assemble on stage for an authentic worship experience before those seated, socially distanced, in the 1,500-seat auditorium.

In December 2017, following the renovation of a 78,000-square-foot former big-box store into its new main sanctuary, Mosaic Church acquired its first KLANG:fabrik immersive in-ear mixing solution, installed by Altamonte Springs-based integrator AVnew. Much more recently, Mosaic Church has now added a second KLANG:fabrik unit, further expanding what those performers on stage can accomplish and substantially lightening the load on the sound system’s front-of-house engineer, who previously ran some of the monitor mixes from the house console. 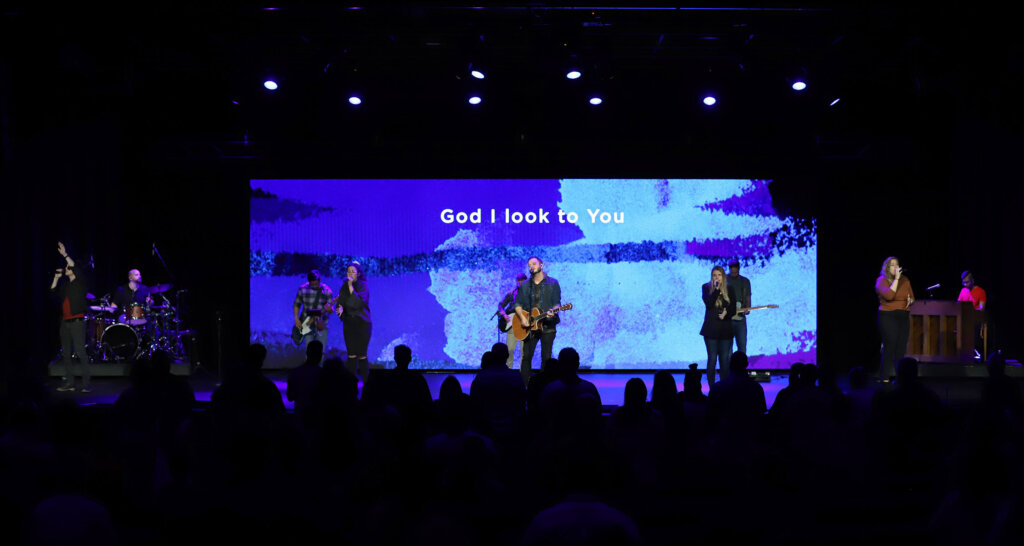 “We had been running two dozen channels and eight wireless mixes off of the first KLANG:fabrik unit, with another four musicians on stage hard-wired off an aux buss on the console,” says Jeff Amato, manager of the church’s Production & Technology team. “We only do Sunday gatherings and don’t do rehearsals during the week—just on Sunday mornings—so we wanted to expand the number of user-controlled mixes onstage and give everyone the ability to quickly and reliably fine-tune their own mixes. The KLANG:fabrik has been amazing for that, and now, with two units cascaded, we’re up to twenty-nine channels with EQ filtering across twelve mixes, with each KLANG unit driving six of those mixes.”

Gil Parente, CEO of AVnew, says the KLANG:fabrik is a good fit for churches like Mosaic, which has a high-energy worship-music style. “They wanted a better stage experience for their musicians, giving them the ability to create even more customized monitoring environments for each of them and doing so with a very user-friendly interface,” he says. “Those two things, combined with the quality of the immersive sound the KLANG:fabrik provides, made it the perfect choice.” 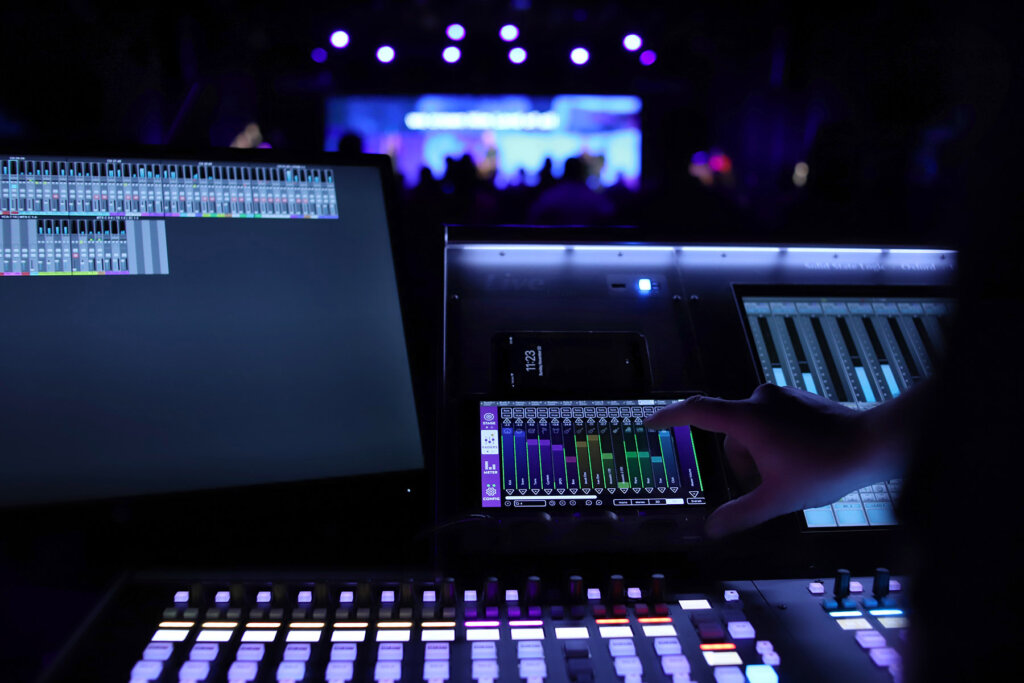 The audio engineer controls KLANG:app on a tablet at FOH

The KLANG:fabriks are connected to the church’s existing SSL L200 front-of-house console via Dante, which is native to the KLANG units. “That kind of digital integration with the console is also great from both an installation and operational point of view,” adds Parente, who says he has also integrated the same device into other area churches, including Orlando’s Whole Life Church.

Amato says several features unique to the KLANG:fabrik have further helped the music side of their worship. For instance, the Engineer cue mode allows the user to engage a dedicated external output and send an entire mix for monitoring off stage. 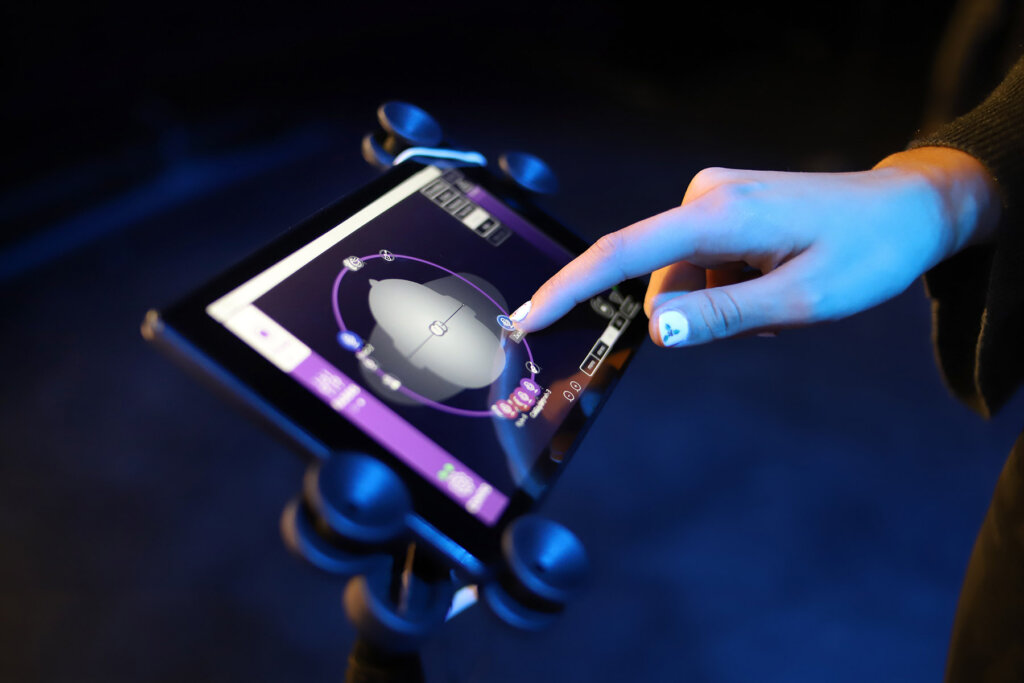 Vocalists can very easily control their IEM mixes with the app

“I can tap into someone on the stage’s mix and it sends me just their IEM mix output, so I can listen in and help them make adjustments without me needing to go onstage and without interrupting the rest of a rehearsal,” Amato explains. “Not everyone onstage has the musical or engineering experience to dial in a well-balanced mix, and Engineer mode lets me work with them one-on-one to do that if they need support.”

In addition, an EQ filter allows users to dial in and preset tonality on each channel. “Using the EQ filters helps a lot in cleaning up the mixes,” he says. “For instance, we can attenuate the unnecessary low frequencies on a vocalist’s microphone, which can help clean up the overall mixes. And the KLANG units also take a lot of the workload off of the FOH engineer. Every user can have a starting baseline saved as a preset, which eliminates a lot of the grunt work in getting a service or rehearsal started and lets the house engineer focus on the room. The KLANG:fabrik has really increased the efficiency of our workflow, but it’s also enhanced how we operate as a worship team.” 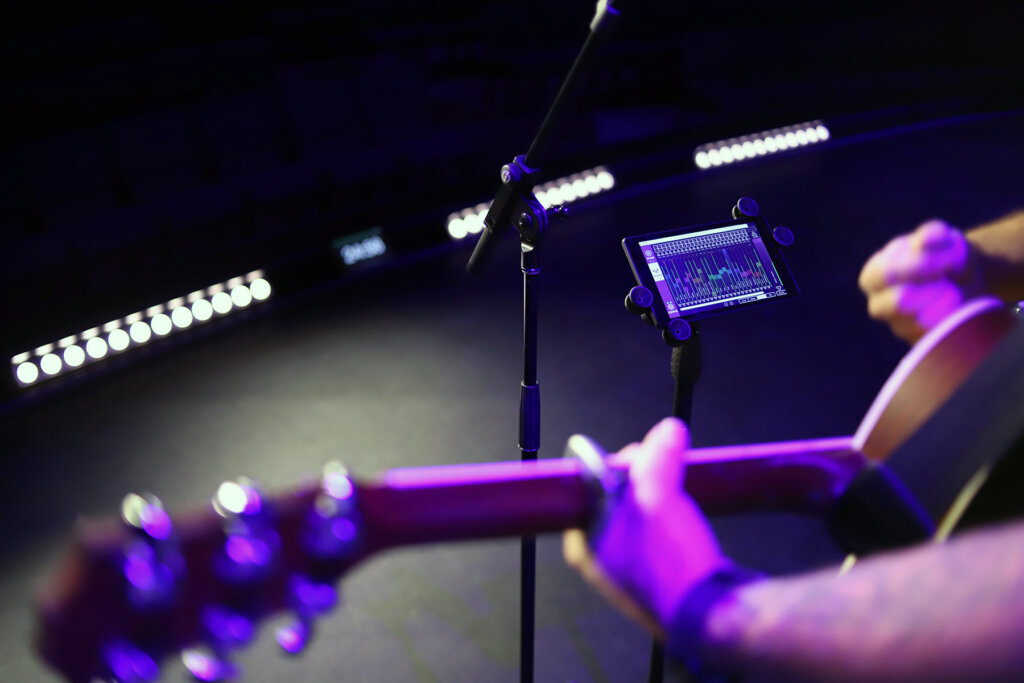 KLANG:fabrik has “enhanced how we operate as a worship team,” says Mosaic Church’s Jeff Amato

For more information on Mosaic Church, visit www.thisismosaic.org. AVnew can likewise be found online at www.avnew.us.