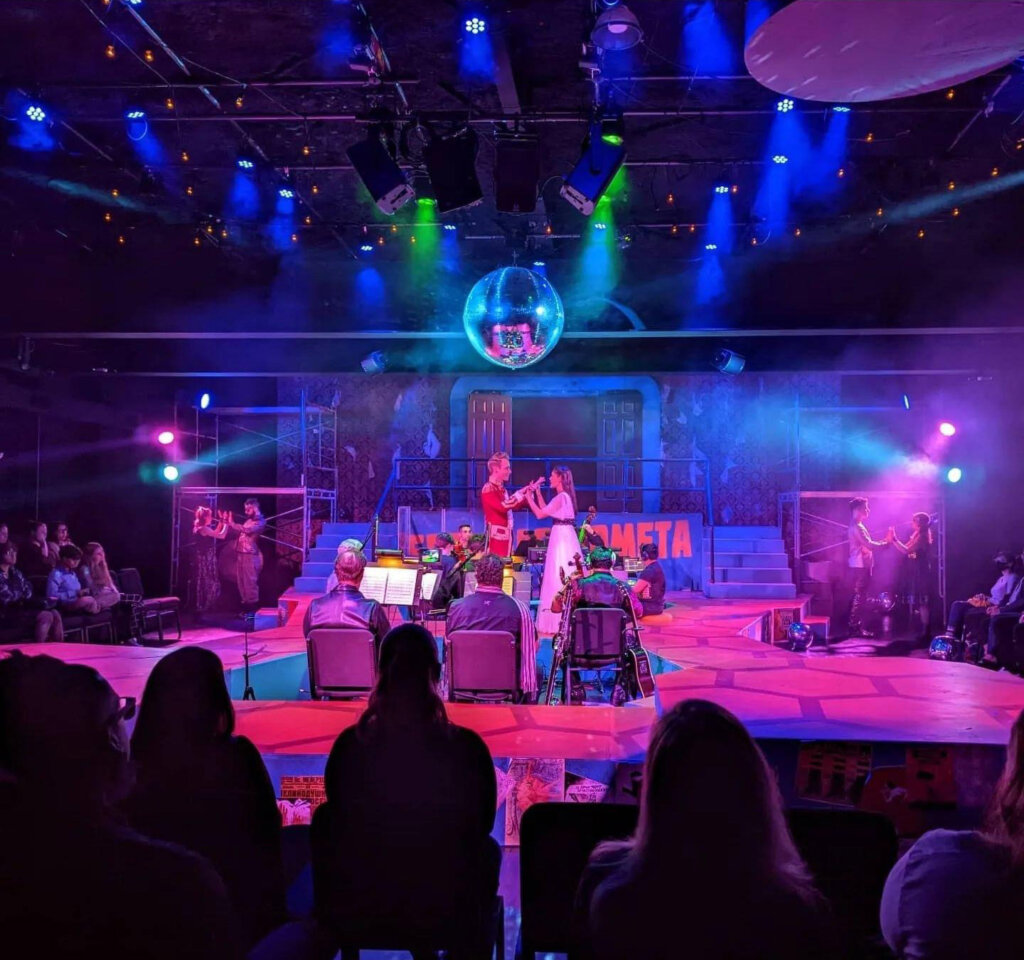 Raleigh, North Carolina’s Theatre Raleigh pretty much defines what small professional theater can and should be. Theatre Raleigh is a regional, non-profit theatre company, operating out of the brand new Theatre Raleigh Arts Center, home to four new performance venues ranging from an intimate 70-seat theater to a 200-seat black box space. The company has served the arts community there since 2005, growing into one of the top theater destinations in the area, employing both local professionals and Broadway veterans.

From October 26th through November 6th, it brought the Broadway hit, Natasha, Pierre & The Great Comet of 1812—an adaptation of a 70-page segment from Leo Tolstoy’s 1869 novel, War And Peace—to its stage. Directed by Tim Seib, the production starred Broadway’s Manna Nichols as Natasha and David Toole, a Theatre Raleigh favorite, who played the role of Pierre. There was also another “shining” member of this stellar cast: elektraLite’s Stingray Profile RGBW 200W lighting fixture, which was used to bring a bit of Broadway sizzle to the room’s stage and newly-reconfigured seating area. 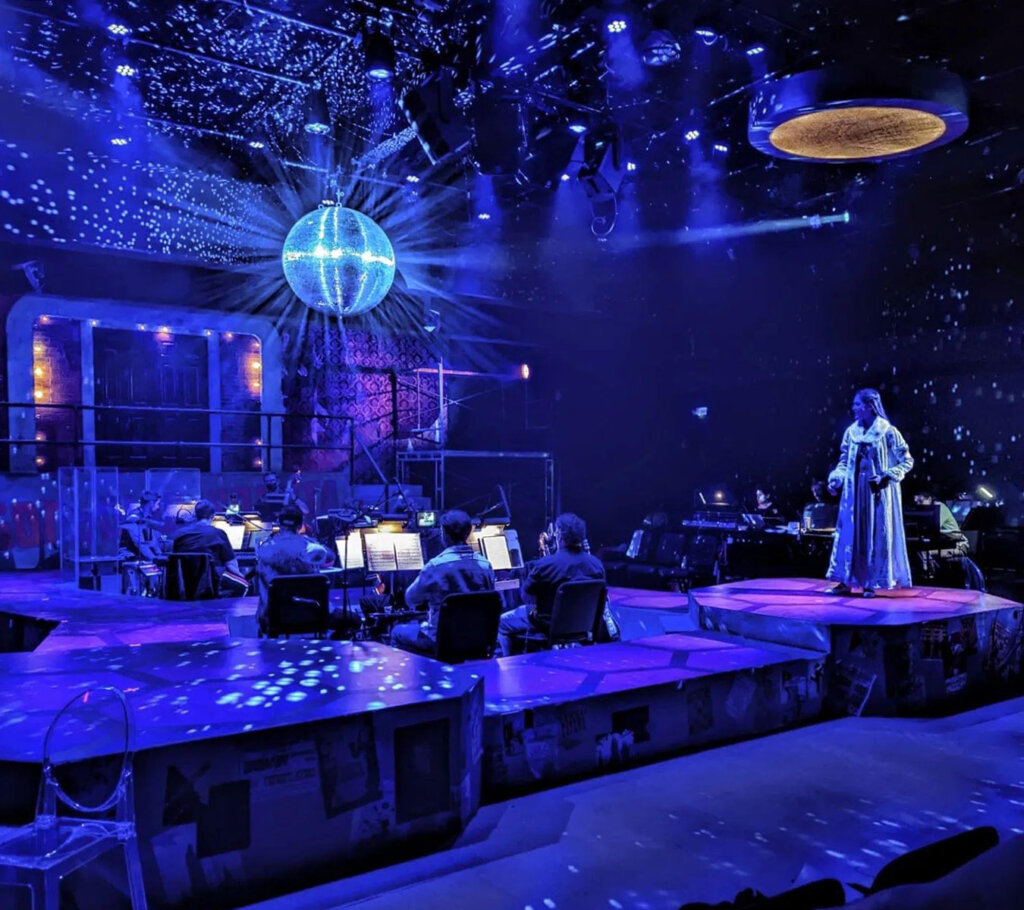 Director Seib told a local news outlet that the production would “stay true to the original in that it will feature many actor-musicians, which adds a whole other level of organic storytelling and really draws the audience in,” but added, “The flexibility of the space allows us to create a very unique environment from which to bring this story to life.” Some of that is certainly attributable to the Stingray Profile’s deep, saturated light and incomparable level of intensity.

“This production of The Great Comet was the third in our new theatre space,” explains Theatre Raleigh Production Manager and Technical Director Chris Bernier. “This show was unique because, unlike the previous two shows that were in a proscenium setup, it was in a much more immersive three-quarters-thrust setup. The audience was very close to the action no matter where they sat. 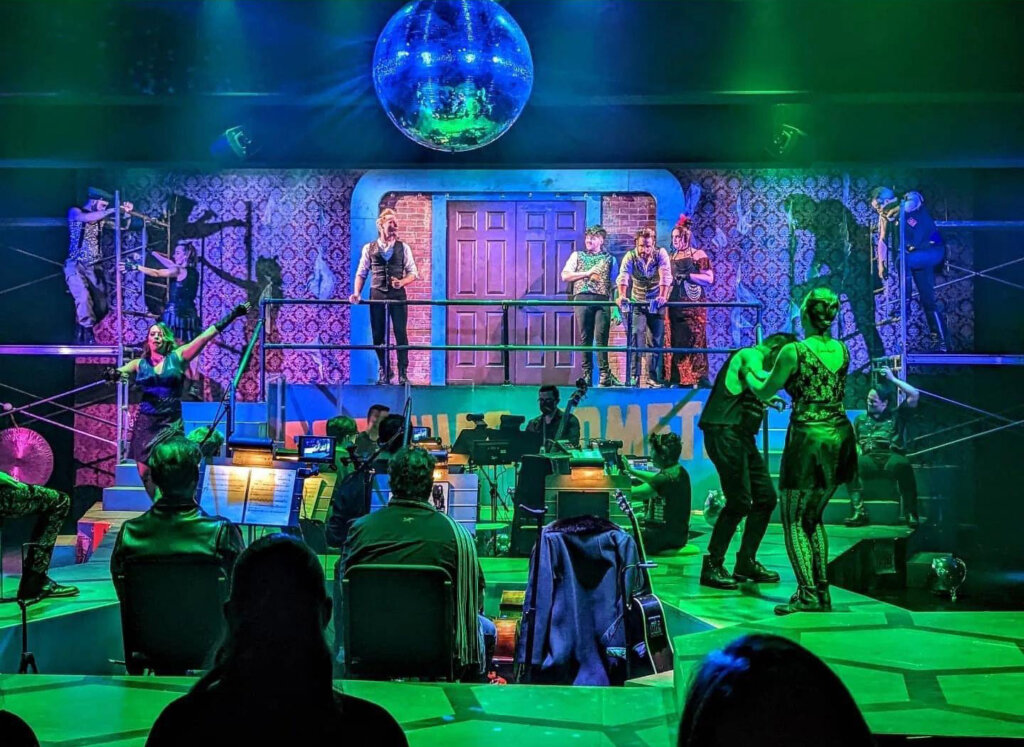 “In order to light the show effectively, our lighting designer, Jenni Becker, needed to be able to light from at least three sides of the space. That meant that she not only needed units that had the right throw for our space, but she also needed a good LED source so that she could use the limitless range of colors they produce to help set the tone for each scene, whether that scene was an outdoor ride on a sled, or an indoor scene at the opera.”

That challenge was met thanks, in part, to a recent capital campaign to raise money for the theater’s space renovation, which also allowed them to invest in new LED fixtures. That was accomplished with the acquisition of 36 Stingray fixtures, purchased through BMI Supply of Queensbury, New York, and 16 of which were 200-watt Stingray Profile RGBWs used for the production. 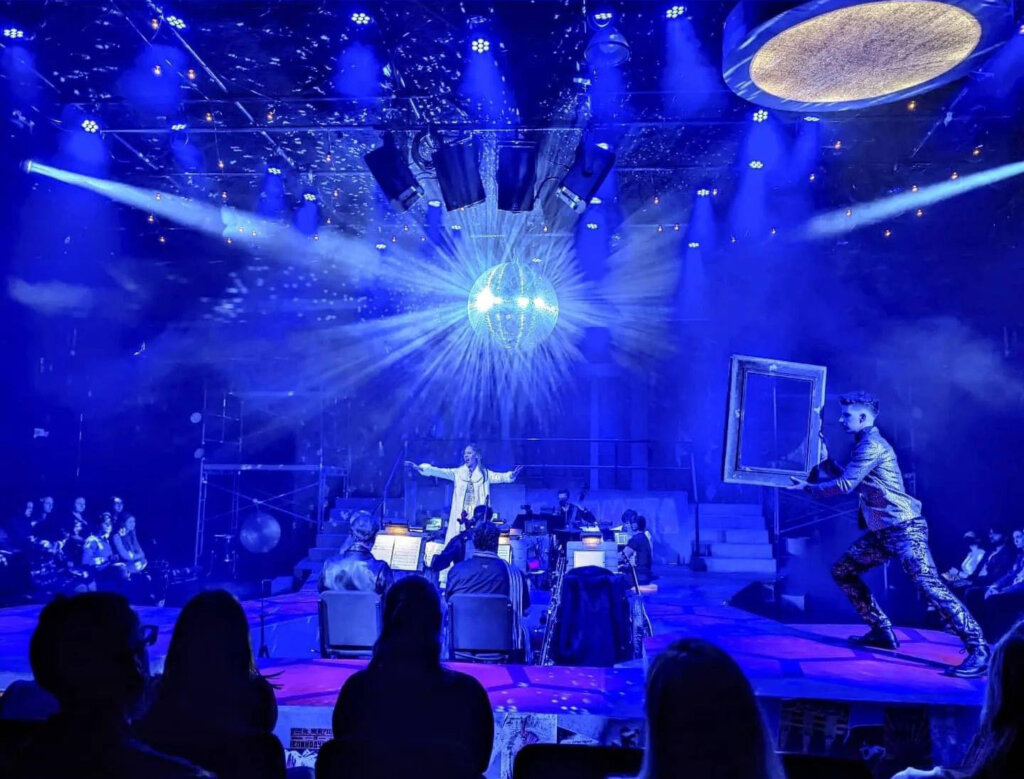 “The versatility of these units is great,” says Bernier. “We can set up a general wash with them and know that we can produce any colors that are needed. For this production, using the Stingrays was essential to us as the clean optics and wonderful color palettes gave Jenni and the director a practically endless selection of colors to employ during the show.”

And the new elektraLite lighting fixtures will also have an impact for years to come at Theatre Raleigh, he adds. “For me, personally, having the Stingrays in house is a big step up for us. Until now, everything that we had used was a conventional unit, which meant that we were constantly changing gels out to get the desired looks. Having good, solid LED fixtures will not only save us time on productions, but will also save us money in the long run through reduced energy costs. 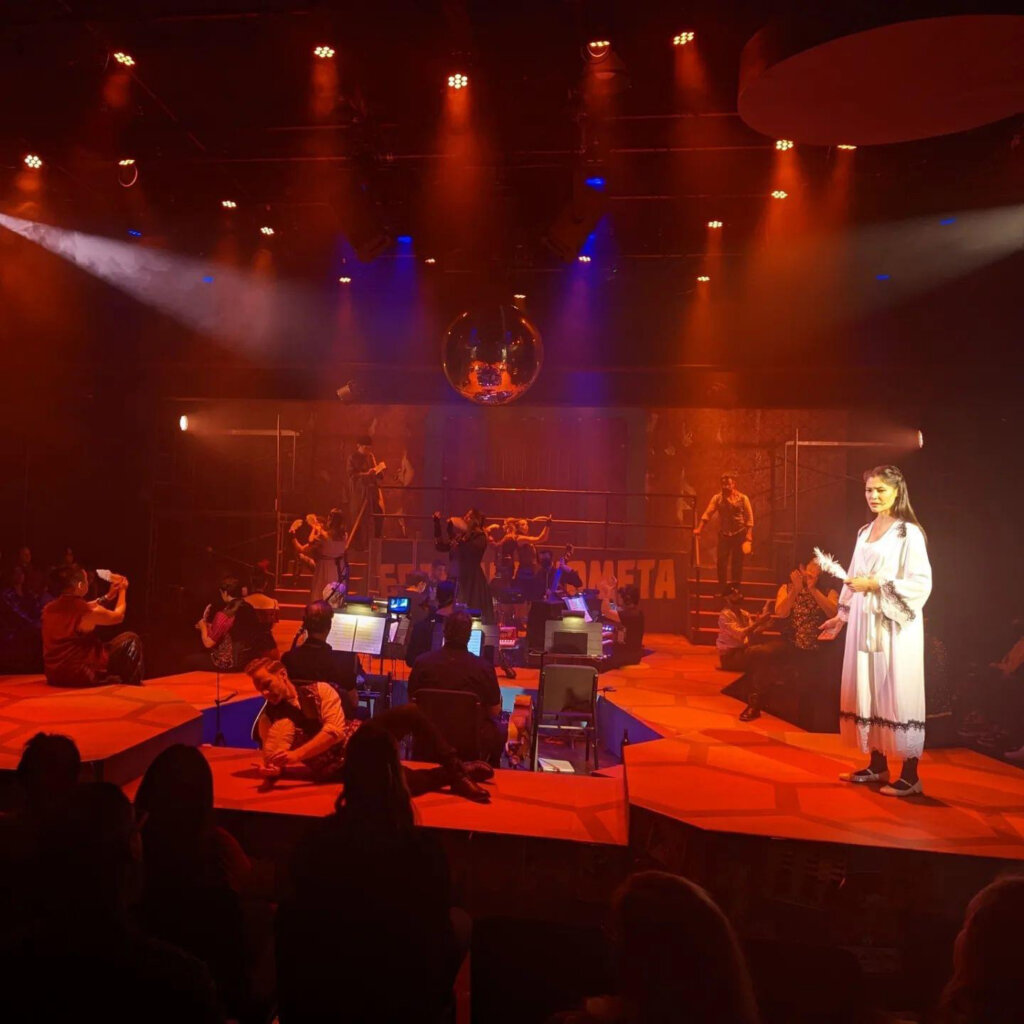 “The fixtures are also quickly becoming the backbone of our lighting inventory due to their ease of setup and versatility. As we continue to grow, I know that we will be purchasing more of these units so that we have enough to light each of our four spaces.

“Furthermore, the customer service that I received from elektraLite was fantastic. They went out of their way to not only help us fix one small issue, but also continue to follow up to make sure that everything was working as it should. That kind of service speaks volumes about the company and I am very grateful for it.” 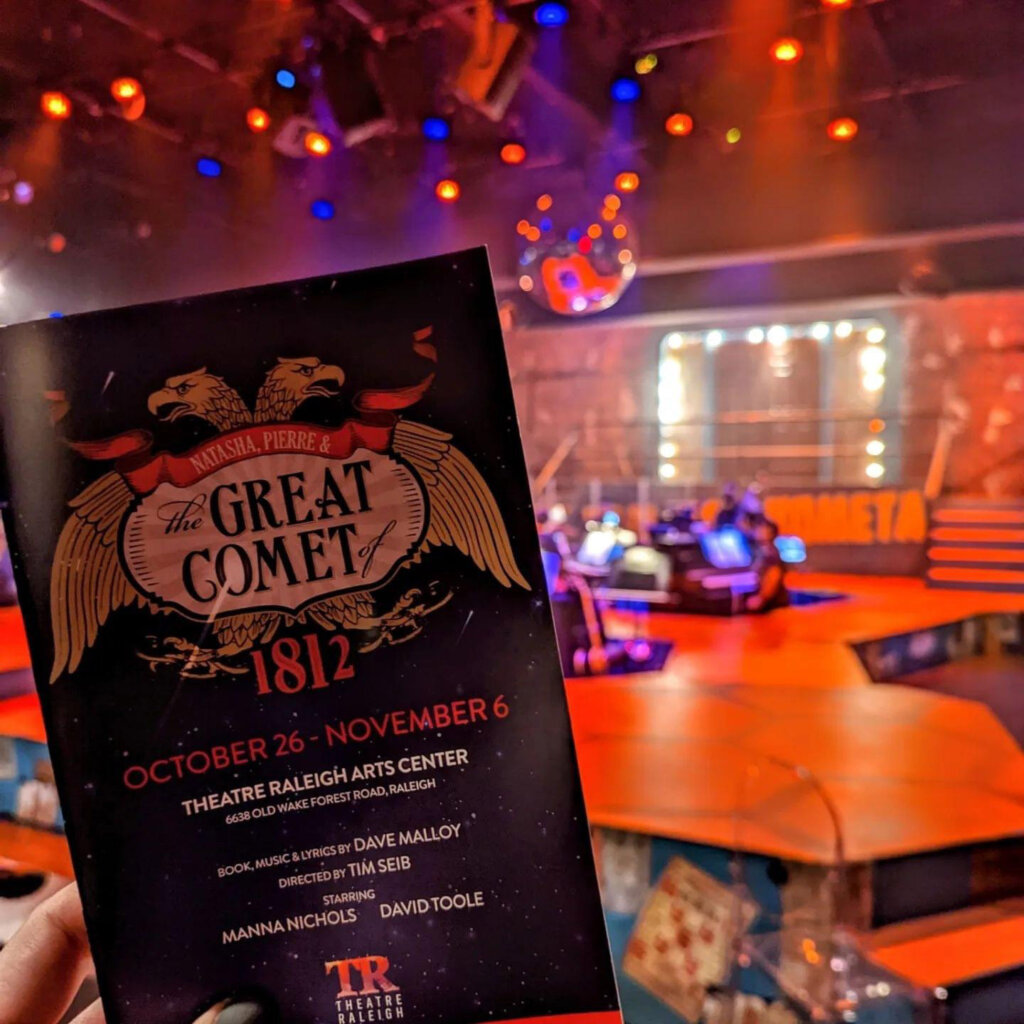