A Q7 at FOH lets Dave Wittman maintain the analog-type warmth that this unique band was born with 25 years ago, while the Q7’s remarkable flexibility lets monitor mixer Adam Robinson manage 18 performers’ IEM mixes and give each one a Broadway-show level of individualized processing 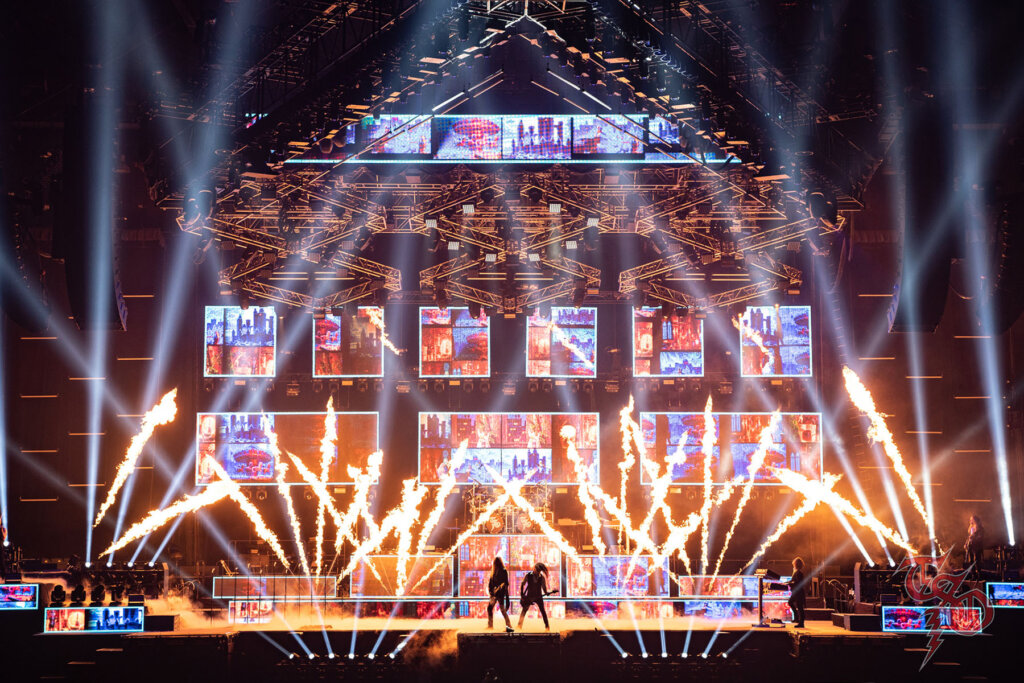 When the late composer, producer, guitarist and music entrepreneur Paul O’Neill first conceived Trans-Siberian Orchestra, his goal was as straightforward as it was ambitious. “The whole idea,” he explained once, “was to create a progressive rock band that would push the boundaries further than any group before. Way, way further.” Since the release of the band’s first album, Christmas Eve And Other Stories, in 1996, TSO has become a de facto staple of the holiday season, embarking on often-grueling months-long excursions.

In fact, the band has become so much a part of the Christmas season that, like Santa, they’ve figured out how to be in two places at once. This year, TSO hit the road in November with two bands and two identical productions, often playing as many as eight shows a week, with two shows a night on weekends. For instance, this year’s outing, The Ghosts of Christmas Eve: The Best of TSO and More, began in both Green Bay, Wisconsin and Council Bluffs, Iowa at the same time and will end on December 30 in Cleveland and San Antonio. Billboard proclaimed TSO as one of the top touring artists of the past decade, a $20 million-plus multi-dimensional art-rock opera that has played to over 100 million people in over 80 cities, selling more than $280 million worth of tickets. 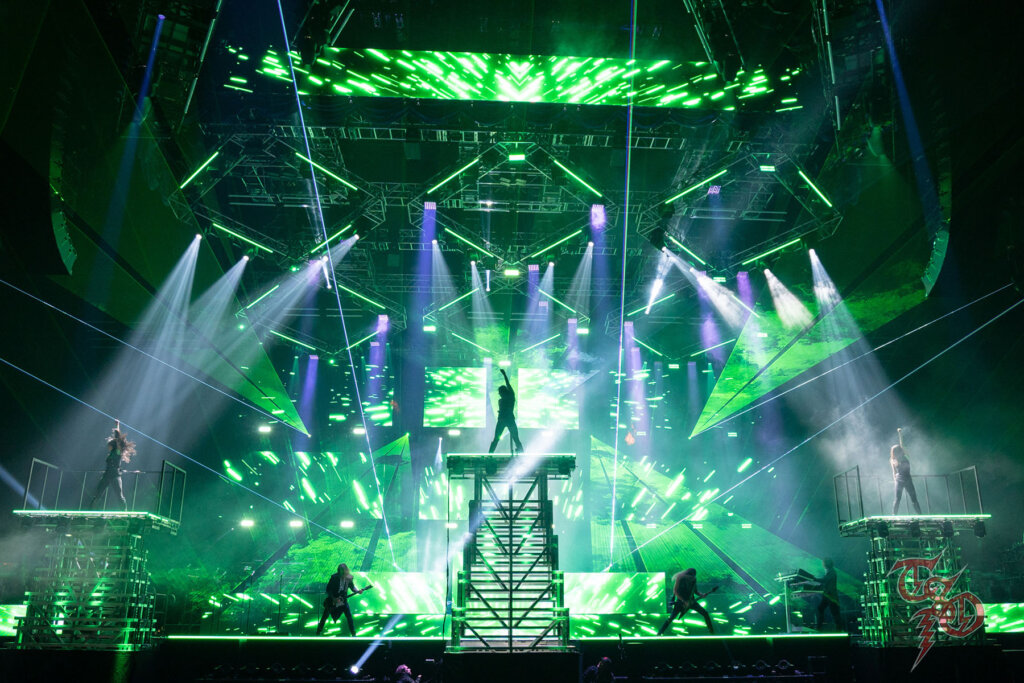 There are two TSOs currently on the road and there are six DiGiCo Quantum7 consoles between them, supplied by Clair Global, the SR provider for the tour. Two are used to mix front of house and two for monitors, with one spare for each iteration of the band—not that they’ve ever needed them. “The Q7 has so much redundancy built into it; if one engine were to fail, it would seamlessly switch over to the other engine on each console,” explains Adam Robinson, monitor engineer for the eastern cities on the itinerary, who has been with TSO for four years amidst tours with Josh Groban, St. Vincent, and Bebe Rexha. “Reliability is a given with DiGiCo.” 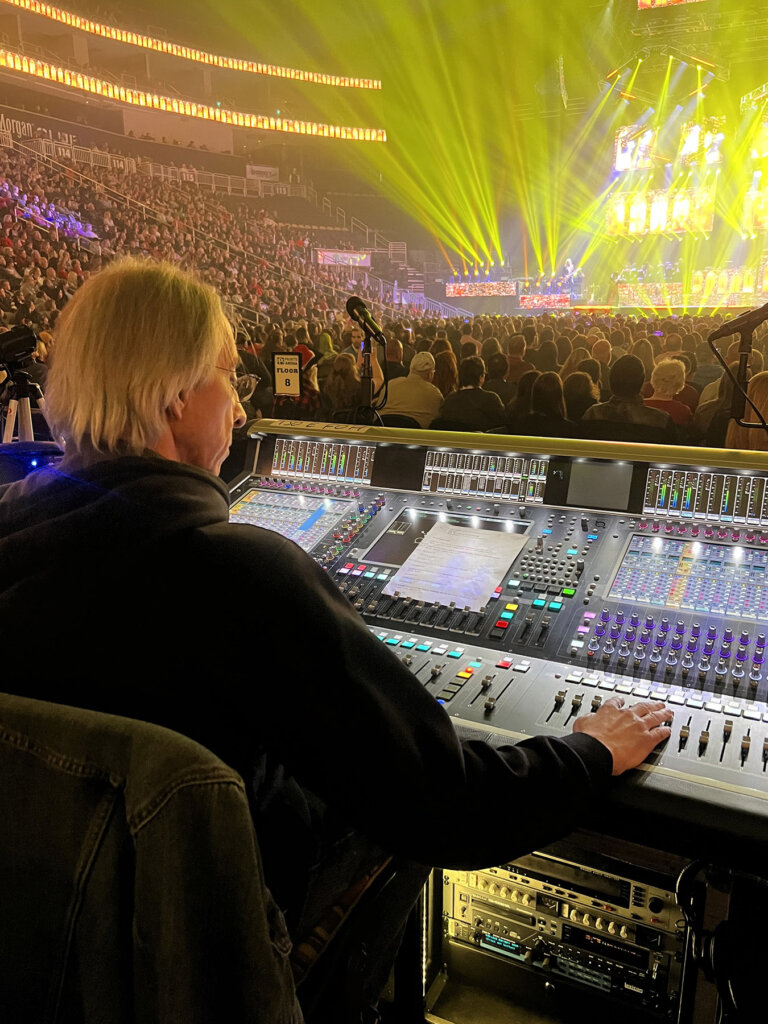 What DiGiCo has also done, however, is spanned all of TSO’s recent odyssey. Dave Wittman knows—he’s been the band’s front-of-house engineer from day one. He met O’Neill when the guitarist brought his first progressive rock band, Slowburn, to Electric Lady Studios where Wittman worked in the mid-1970s. The two would later work together on the heavy-metal band Savatage, which would become the Petri dish for O’Neill’s rock opera/rock theater ideas. Wittman happily worked on TSO’s albums and tours using analog consoles until 2011, when, at the recommendation of Clair, they decided to transition to digital. “It’s been seamless ever since,” says Wittman, who says the SD7 they began with was able to give him and the band the sonic warmth they’d enjoyed with analog consoles, but with the tremendous boost of productivity that came with the SD7’s automation and routing capabilities.

Then came the Quantum engine. “I like to keep the work surface simple, and the Quantum7 has made that even easier,” he says, noting that over time he’s moved almost completely away from outboard processors and has come to rely completely on the Q7’s own processing, using the console’s EQ and compression on every instrument and vocal input. “I’m amazed at the amount of control the Quantum upgrade brought with it,” says Wittman, who also remains the band’s studio engineer at its Tampa-area private facility, the former heavy-metal temple Morrisound Recording. “And the level of clarity I’m getting from the processing is excellent. I like to keep things simple, and I like how DiGiCo helped us make the transition from analog to digital years ago but still lets us have our ‘sound.’ My goal from day one was to be able to make the show sound like the record on stage. We get compliments that tell me that we’ve accomplished that, and DiGiCo helped us get there.”

Robinson is also a veteran DiGiCo pilot—he still has a vintage D1 console in his office—and has been especially pleased with the Quantum software’s features, including 128 aux/subgroup busses and 48×48 matrix, all with full processing; 64 insertable Mustard processing strips; and snapshots for seamlessly changing multiple parameters at once. 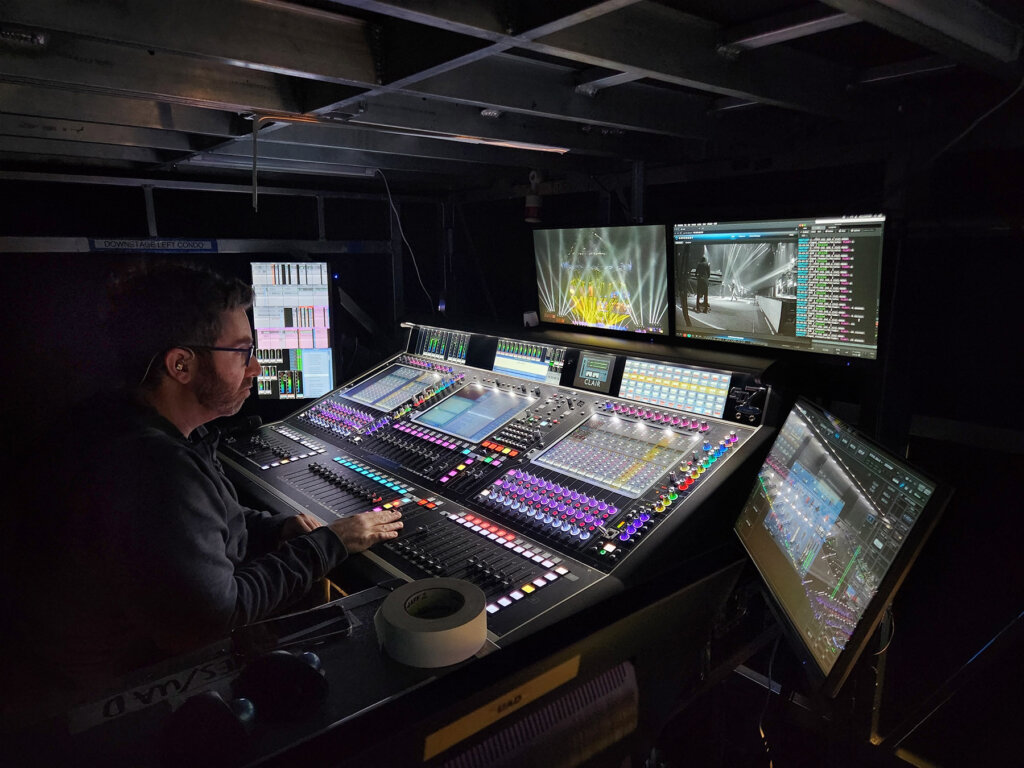 When asked what it’s like managing monitors for TSO, he replies succinctly, “Busy,” citing the 18 performers on stage, each with their own specific preferences for the JH Audio IEMs the tour uses. “The show runs like a theatrical performance, very scripted and with lots of automation and multiple cues within songs,” he says. “At the same time, it’s a rock show, so it can also meander a bit in parts. Much of the time I’m chasing timecode, so the performers can count on specific level changes always happening in the exact same spots. Even as I’m following the automation script, I am still riding a handful of levels. I have over 90 snapshots for the show and another 100 for other songs we’ve done in the past, ready to be fired whenever those songs reappear again. Since I’m riding faders the entire show, I really appreciate the 52 physical faders and three 15-inch, high-resolution LCD touchscreens. The flexible routing and the assignable channel layout means I can stay on specific faders but still have complete awareness and control over the entire monitor mix. It lets me hear things coming before they happen.”

Robinson is additionally keeping an ear on the audience, ready to swell the house mics as their reaction builds to songs and parts, keeping the band emotionally connected to their crowds. “I’m listening to those audience mics 6dB hotter than anyone else, so, in a sense, I can predict reactions and make sure the band hears them,” he says. “I have a lot of nuance available in these faders.”

He’s also a fan of the Mustard processing, applying tools like optical compression vocals and instruments, along with his preferred UAD reverbs on the musicians and Waves reverbs on the vocals. “Everything is integrated on the console, so whichever processor I’m reaching for, it’s just right there,” he says. “Mustard and the Spice Rack are considerably advanced processors.” 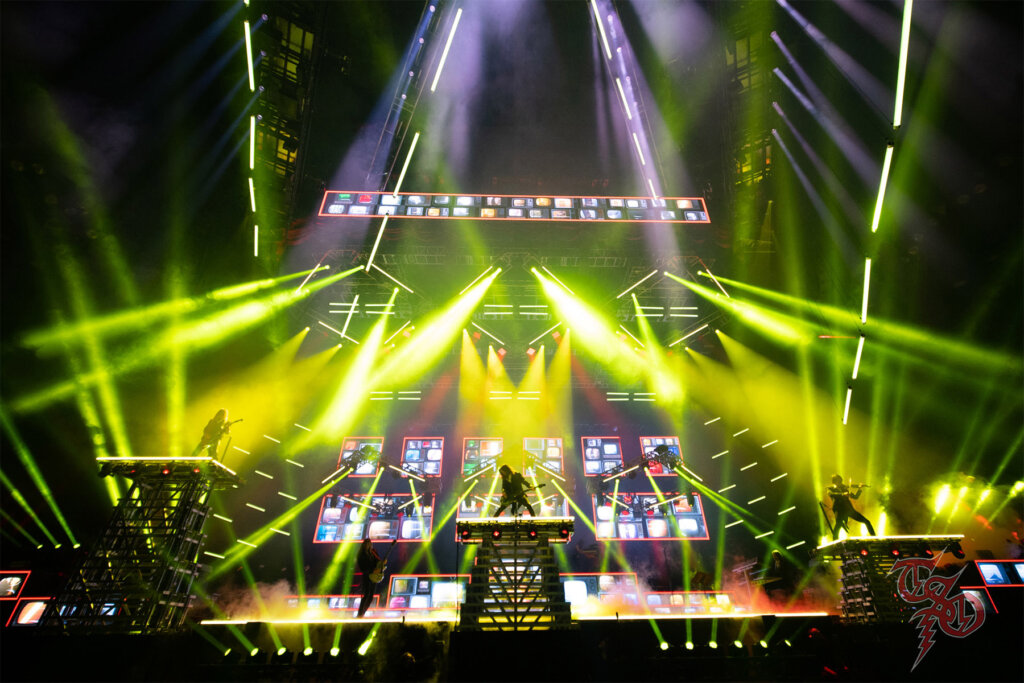 Wittman and Robinson have very different work styles and requirements for their respective roles, but the Quantum7 platform gives them the power and flexibility to do what needs to be done, night after night. “No one does what DiGiCo does as good as they do it,” says Robinson. “There’s no reason to go anywhere else.”

While Wittman’s and Robinson’s troupe of the touring band is predominantly stopping at cities in the easternmost states, another production is similarly covering the western territories, with FOH engineer Michi Tanikawa and monitor engineer James Bump manning an identical DiGiCo setup.

DiGiCo Paves the Way from Analog to Digital for Social Distortion

GSPS chose four Quantum consoles—two Quantum338 and a pair of Quantum5—to offer its clients “the most robust, flexible, and scalable…