At both front of house and monitors, the SD12 96’s flexibility and onboard processing power let this two-time Grammy Award winner’s remarkable voice shine through 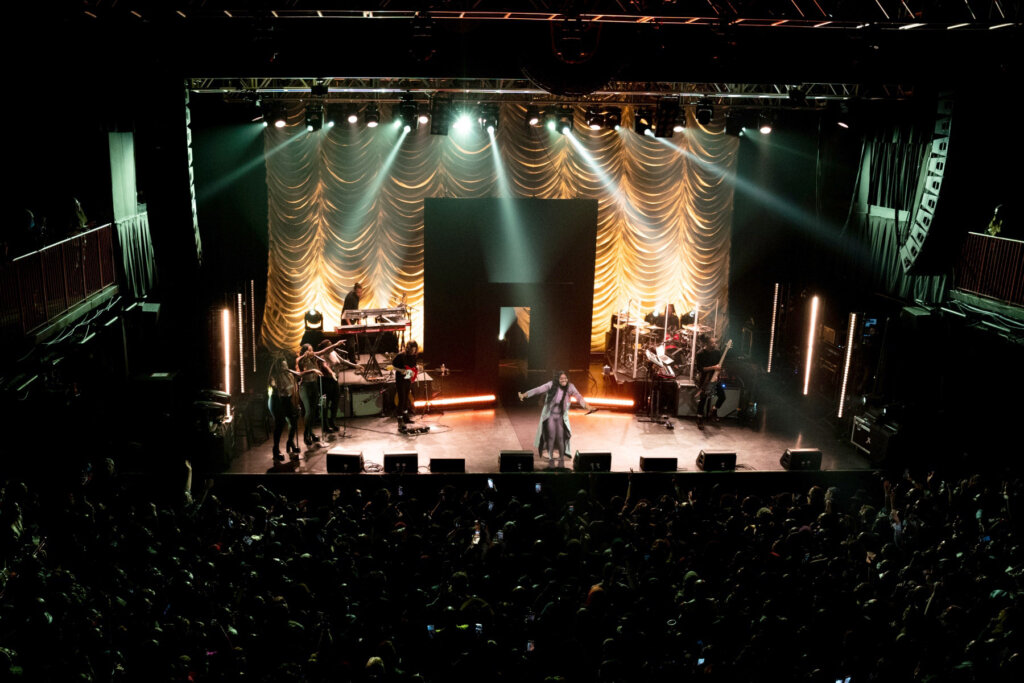 It’s not like Jazmine Sullivan came out of nowhere, though she did take a three-year hiatus from performing a few years ago, only to come roaring back. The vocal whirlwind just picked up two Grammy Awards this year—Best R&B Performance and Best R&B Album—for 2021’s Heaux Tales, Mo’ Tales. The twin wins include a total of 15 Grammy Award nominations over a 14-year career that began after her debut album, Fearless, was released in 2008 to commercial and critical success. In that time she’s also received a Billboard Women in Music Award, two Soul Train Music Awards, three NAACP Image Awards, and two BET Awards.

Sullivan, whose mother is a former backup singer for the seminal R&B label Philadelphia International Records, has been on tour this year, with recent performances at Coachella and upcoming dates at Governor’s Ball Music Festival in New York City and Lollapalooza in Chicago. And accompanying Sullivan and her four-piece combo and three backup singers are a pair of DiGiCo SD12 96 consoles, at front of house and monitor positions, part of the audio package put together by Clair Global.

Mike Sassano has been working with Sullivan for over a year, in both FOH and monitor roles. “I do monitors like 75 percent of the time, in general, and I’ve done those for Jazmine, but I’ve been doing front of house for her for the last few dates, and you can move pretty seamlessly between the two on DiGiCo,” he explains, citing the SD12’s dynamic EQs in particular. “It’s so flexible in terms of routing and laying out the console to suit your needs that  you can do anything on it, put anything anywhere, and call it up anytime.” 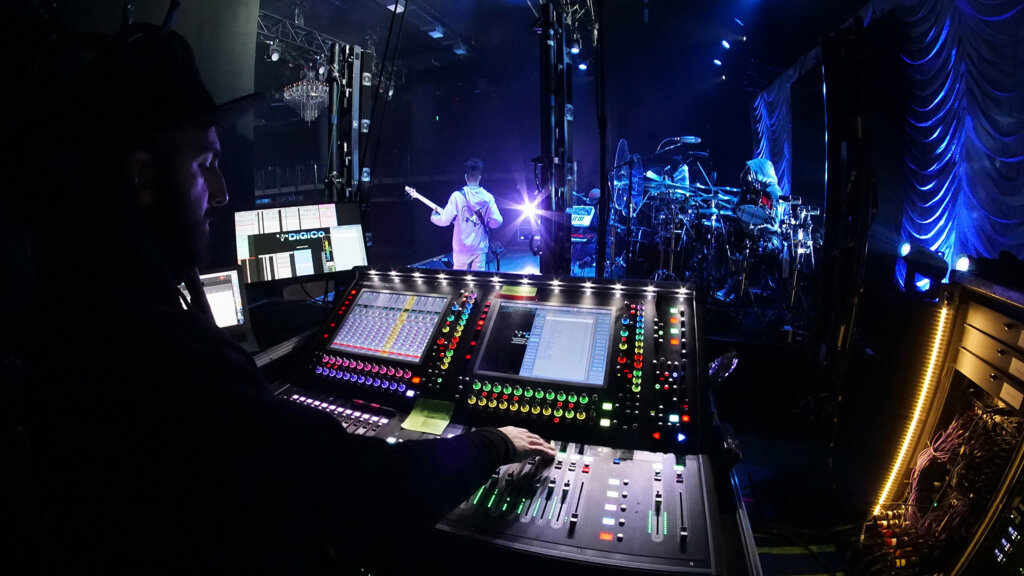 For instance, he says he’ll take the solo bus and route that to a particular channel, then take an aux send and use that for all of the band’s talkbacks. On that channel, he’ll also apply a compressor from the channel’s dynamics section through a sidechain. “That way, anytime someone is talking to me thorough the console, it automatically ducks the music on the solo buss,” he explains. “I’ll keep that on all the time. And I also have a macro that’ll shut off the compressor if I need to hear the music over the talkback. I’ve got a ton of macros set up on the console and I use them to streamline the comms between me and the band and the artist. I have separate macros for me and the musical director and with the rest of the band. There can be so much chatter going on sometimes, and the way the SD12 lets me set up the worksurface, I can keep all of that under control. The macros really help with the comms aspects of the job.”

Sassano finds similar benefits when he’s mixing FOH on the SD12 96. “Sometimes on festivals there may or may not be Waves available, but I don’t really need to rely on outboard processing when I’m using a DiGiCo desk,” he says. “I’ve got multiband compressors and dynamic EQ on every channel. I have what I need to take it to punchy or warm as the show moves along. It’s everything I need right at my fingertips, start to finish.” 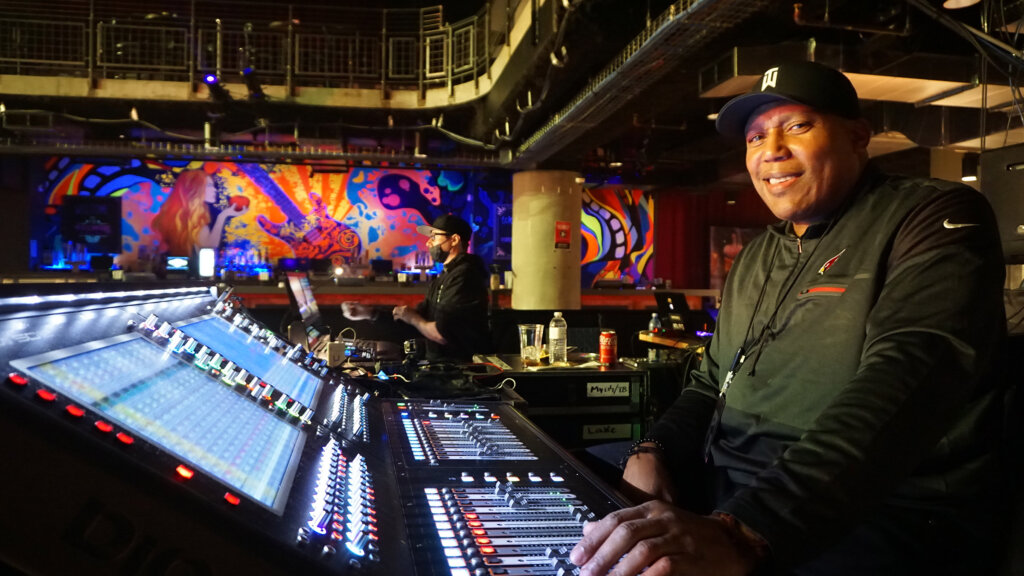 Tonderick “TW” Watkins has done Sullivan’s front-of-house mix for much of the last year. “What I like about the SD12 96 is the same thing that I like about all of the DiGiCo SD consoles: the processing and workflow across all of them is consistent and great,” says TW, who has also mixed FOH for artists like Outkast, Ludicris, and Mary J. Blige. “I’ve noticed that the SD12 has become the workhorse of the live-sound industry. I recently mixed Ciara at the Lovers & Friends Festival in Las Vegas and all four stages had SD12s on them at some point, along with two SD7s and an SD10 for Lauryn Hill’s monitors. The SDs have different amounts of real estate on them in terms of channel counts, but the processing and operation are the same. No matter where you’re working, you feel at home on an SD.”

Like many SD users, TW has come to rely more and more on the console’s onboard integrated effects processing. “I’m at the point where I just don’t use plugins,” he says plainly. “Everything I need is already on the console, in terms of EQ and dynamics. It even has tube emulation, so why would anyone want to use a tube-emulation plugin, which would just be running an outboard head amp into the console’s head amp? It would just raise the noise floor. No, everything I need is on that console already, and I can put any of it exactly where I want it. It’s the perfect console.”