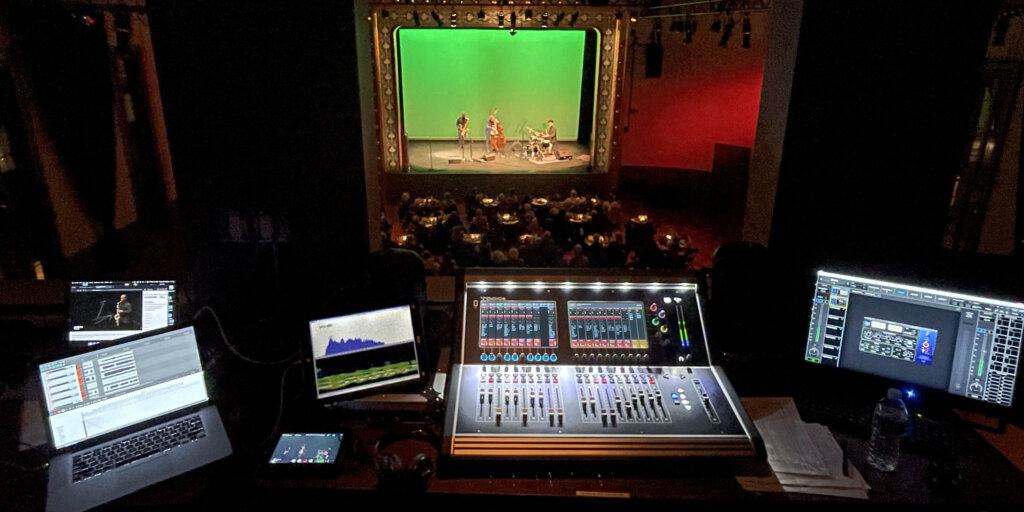 Hudson Hall resides in an historic and landmarked building housing New York State’s oldest surviving theater. It’s where Frederic Church displayed his paintings, Bret Harte read his poetry, “Blind Tom” Wiggins packed the house with his keyboard virtuosity, where Henry Ward Beecher delivered a rousing abolitionist lecture, and Teddy Roosevelt once electrified a crowd. Abandoned for decades, the building was saved when local citizens came together in 1992 to establish a cultural center there to serve its diverse community.

In 2017, Hudson Hall completed a $9.5 million restoration of its magnificent performance hall to support a thriving creative economy in the town of, and the region around, Hudson, New York. The next step in Hudson Hall’s journey has now been taken, with the installation of a DiGiCo S21 console used to mix the venue’s front-of-house sound, monitors, and the streaming of shows online. Like many of the performers who have graced Hudson Hall’s stage dancing, singing and acting, the S21 is a triple-threat talent. 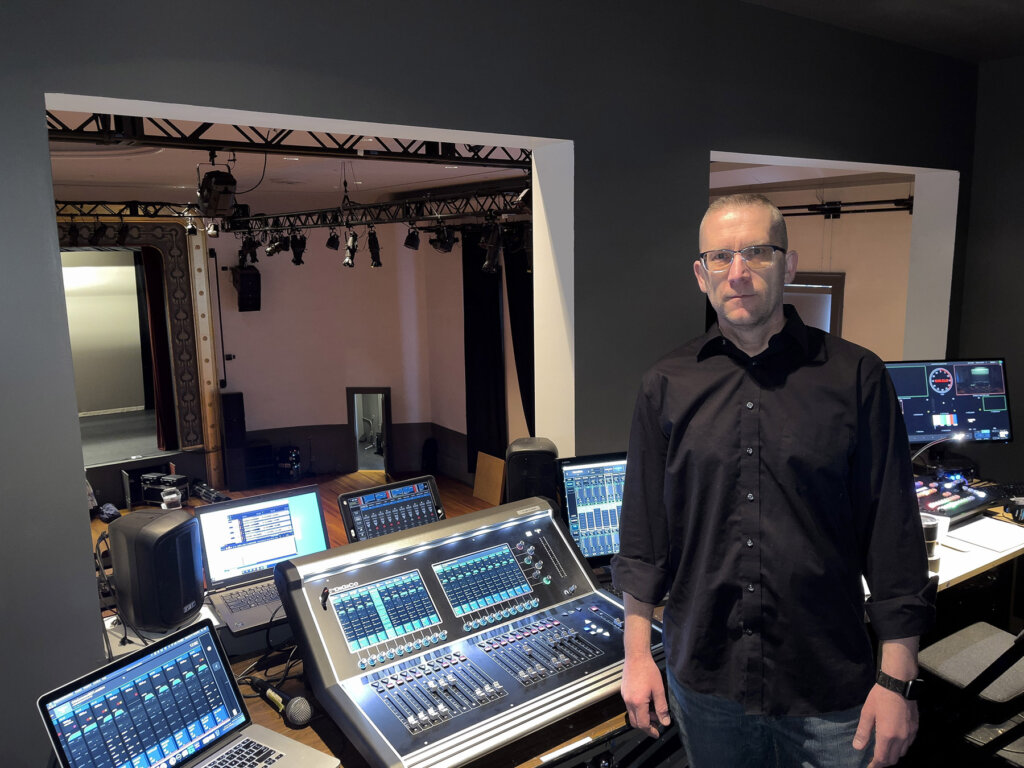 Keith Rivers, Hudson Hall’s house audio engineer, also wears many hats. In addition to acting as the venue’s front-of-house and monitor mixer, he’s also responsible for the audio mix of Hudson Hall’s online streamcasts. Furthermore, Rivers is the account manager for the Commercial Sales Group at Audio Video Corporation, the Albany, NY-based AV systems integrator that sold and installed the S21 along with a DiGiCo D2-Rack, connected over a Cat-5 cable, and an integrated Waves SuperRack SoundGrid. With the new S21 and its related gear, Rivers is the Swiss Army knife of audio for Hudson Hall.

“We’re a 400-seat, nonprofit venue, but we also serve a very robust arts community and we regularly host shows by Grammy Award-winning music artists,” says Rivers, noting the Hudson Jazz Festival, which was performing there at the moment. “So we have to be able to serve a wide array of artists and audience, from musicians like Natalie Merchant, The National, and Jazzmeia Horn to local community groups such as Harmony Project Hudson and the Camphill Hudson Players. The S21 lets me do all of that, and do it well.” 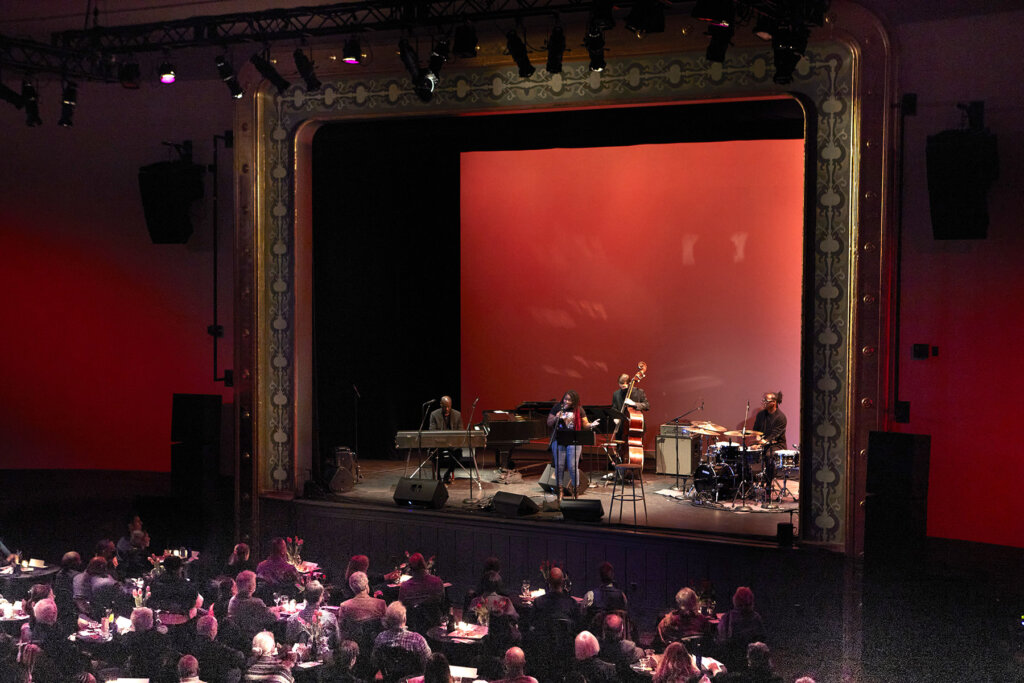 Rivers cites the S21’s 48 channels that let the venue host even large music groups onstage, and the fact that he can operate all of it at 96 kHz, assuring visiting artists of spectacular sound quality. Also, the S21’s matrixing capabilities let him use it like multiple consoles, creating mixes for both the house and the online audience, tuned precisely for each purpose.

“For my master buss chain, I’ll apply the Kramer Master Tape emulation processor through an API 2500 as the master compressor—the same chain I use in my own studio,” he explains. “For streaming, I run the main camera feed through an L1 limiter and the WLM Plus loudness meter. The integration of the Waves SoundGrid Extreme Server lets me apply whatever processing I need from the console, which is really efficient. For monitors, I’m usually feeding four to six wedges through monitor sends, using groups and subgroup assignments and processing via Waves, though I also have capacity for IEMs. And I can be onstage putting that mix together during sound checks using the iPad connection to the S21. Considering the distance from the console to the stage, this is the only way I’d be able to manage the monitors this closely.” 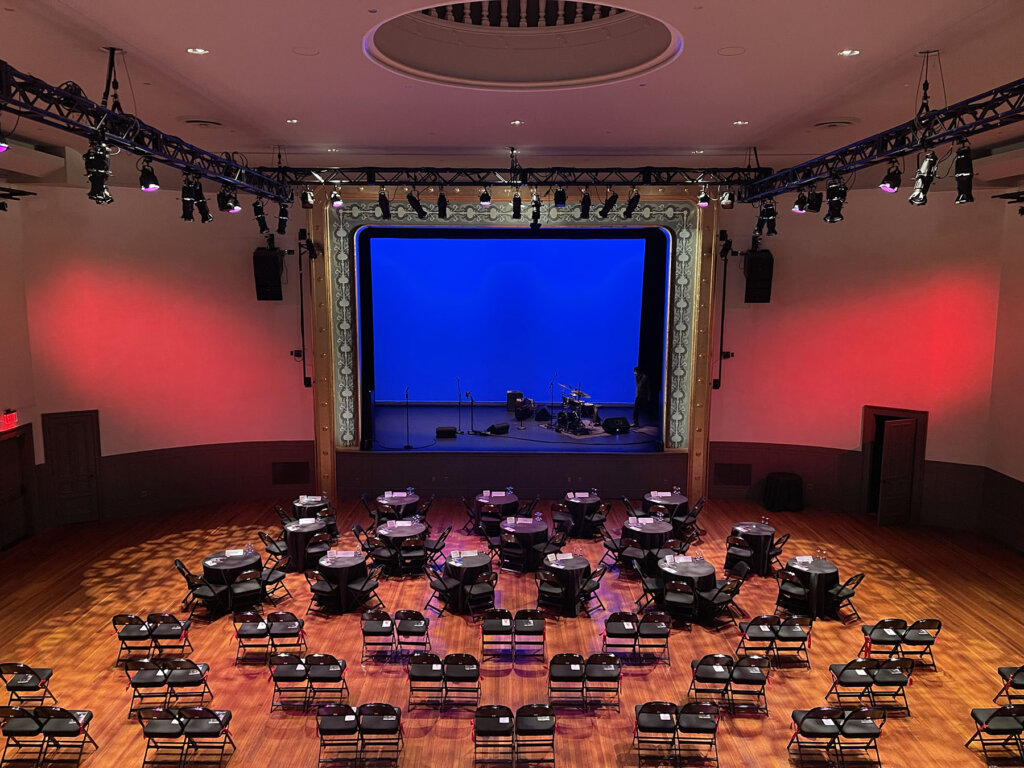 Another critical function that the S21 affords Rivers is a virtual soundcheck, via the DiGiCo UB-MADI USB-to-MADI interface. “Because I usually have limited time with the artists for sound check, I will often record via UB-MADI and then play back and modify tracks before the show to get my final mix going,” Rivers explains. “This allows me more time to spend with the artist on the front end with monitor mixes during the sound check. Then, when they are off at dinner, I finish my main mixes. It’s a critical feature that the console allows me that I could not live without.”

He can also run a separate set of nearfield speakers at the console for critical listening of tracks. “Because I cannot hear the mains where the console is located, I have those nearfields EQ-ed and time-aligned to the main PA speakers,” he says. “Basically, I can mix ‘in the box.’”

In fact, it’s just one of five matrix zones—main PA, FOH, nearfield speakers, camera feed, and overflow areas—that can all be processed individually via various Waves components and DiGiCo processing. “I have what I call ‘plug-in awesomeness’ running on all eight stereo subgroups before the master/main mix,” he says. “But I rely on all DiGiCo onboard channel-strip processing and  DiGiTube emulation at the input stage.”

“What’s truly amazing, though, is that the S21 is DiGiCo’s entry-level desk, and I can still get all of that done with it! There’s no other console on the market at its price point that could let me do this many functions and roles and do them this well.”

For more details on Hudson Hall at the historic Hudson Opera House, visit www.hudsonhall.org. Audio Video Corporation can be found online at www.audiovideocorp.com.

“Sleek and attractive,” they look good enough to exhibit, but the MCA uses them at the Edlis Neeson Theater for…