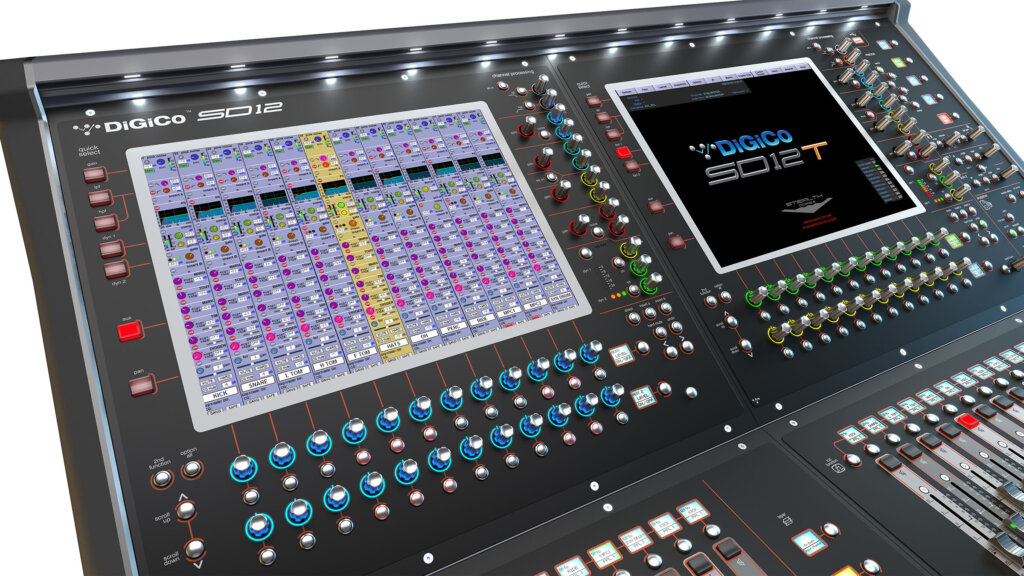 DiGiCo’s theatre extension software for its Quantum and SD ranges of consoles has made it the ubiquitous choice of theatre sound designers in the West End and on Broadway. Now, DiGiCo has released the “T” software for the SD12, introducing this console that has found great favor in the live music market to the auditoriums of theatres around the globe.

The new SD12T has 96 inputs as standard, 48 busses and a 12 x 8 Matrix, and features a flexible, expandable I/O structure that includes dual DMI card slots making it perfect for expandability with industry formats such as Analog expansion, Dante and Waves SoundGrid. 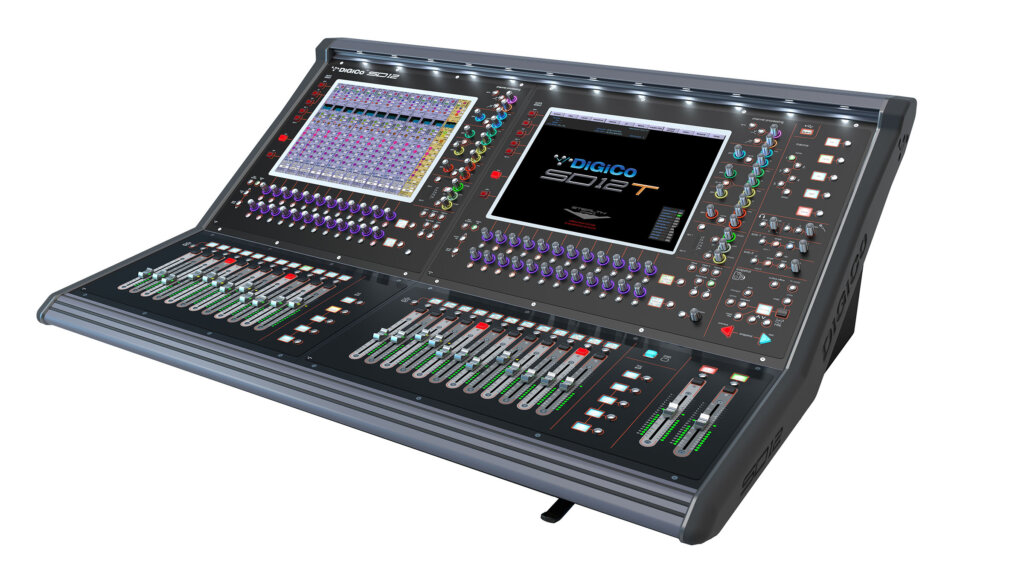 “Our T consoles are incredibly popular because they address so many of the specifics of theatre productions,” says DiGiCo Brand Ambassador Dan Page. “In recent months, our theatre customers, particularly those working on regional tours, have been asking for another compact, cost-effective desk. The SD12 is extremely popular in other market sectors and fits the bill for them in terms of size. Adding the theatre specific software tools now gives the SD12 the same feature set as with our other ‘T’ consoles, making it the ideal addition to the T range.”

Wicked, winner of multiple Tony, Drama Desk and Grammy Awards, has become a Broadway staple, poised to celebrate its 17th…