Created as a place to “let creatives get creative,” Sixth Sense is the response envisioned by 3G Productions as the COVID-19 pandemic forces the live event industry to rethink itself 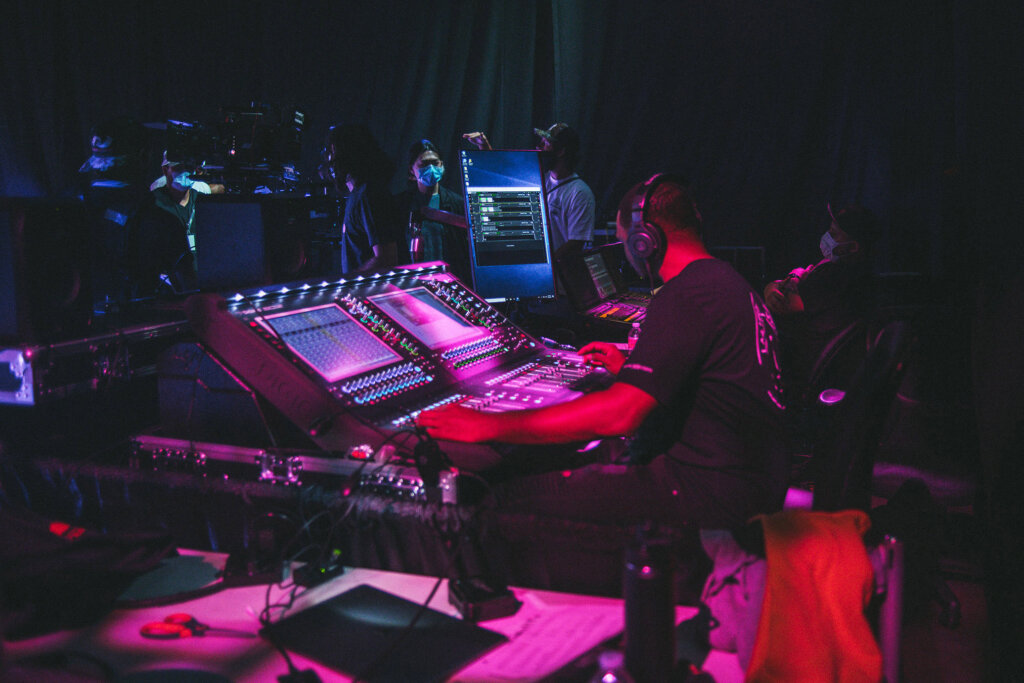 Engineer Anthony Branch working on a DiGiCo SD12 for a session by the artist Pink Sweat$ at Sixth Sense Creative House (credit for all photos: Xavier Sotomayor)

COVID-19 has changed everything. “This pandemic has forced creative people to have to get creative about everything, even things we usually take for granted,” says Tom Worley, Operations Manager at 3G Productions, Inc. (“3G”), a leading live production, sales, and systems integration provider. Thus, this summer 3G turned its Los Angeles facility into Sixth Sense Creative House, a flexible production space able to accommodate live events, film and audio recordings, and live streaming from its sound stage. 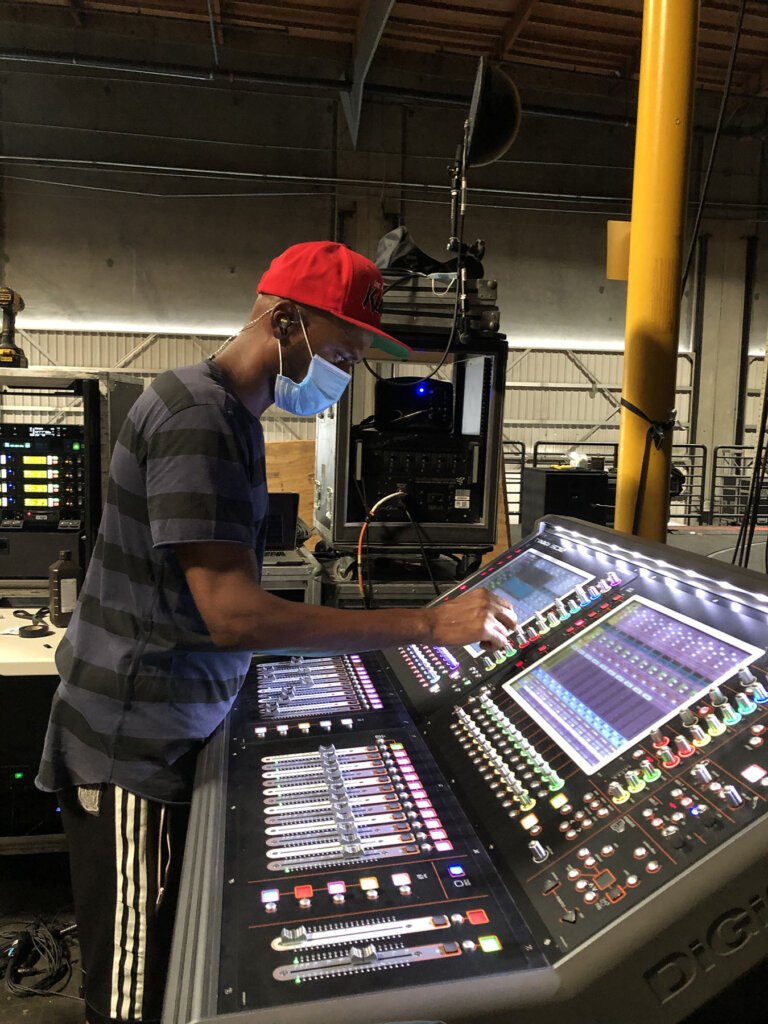 Shevy Emmanuel mixing monitors on one of the two SD12 consoles

Key elements in the success of this initiative are two DiGiCo SD12 consoles and a new Quantum7 console, as well as two SD-Racks fitted with 32-bit Stadius mic pres, all on a single Optocore network. The desks are also equipped with DiGiCo’s new DMI-KLANG card, an immersive in-ear mixing expansion that can be mounted directly into a console equipped with DMI slots for native KLANG control from the desk’s work surface. The KLANG system is an option for those using Sixth Sense’s streaming facilities to offer listeners a fully immersive experience online over headphones, while the SD12 and Quantum7 consoles provide live sound and recording engineers a familiar and powerful worksurface for any kind of audio mix. 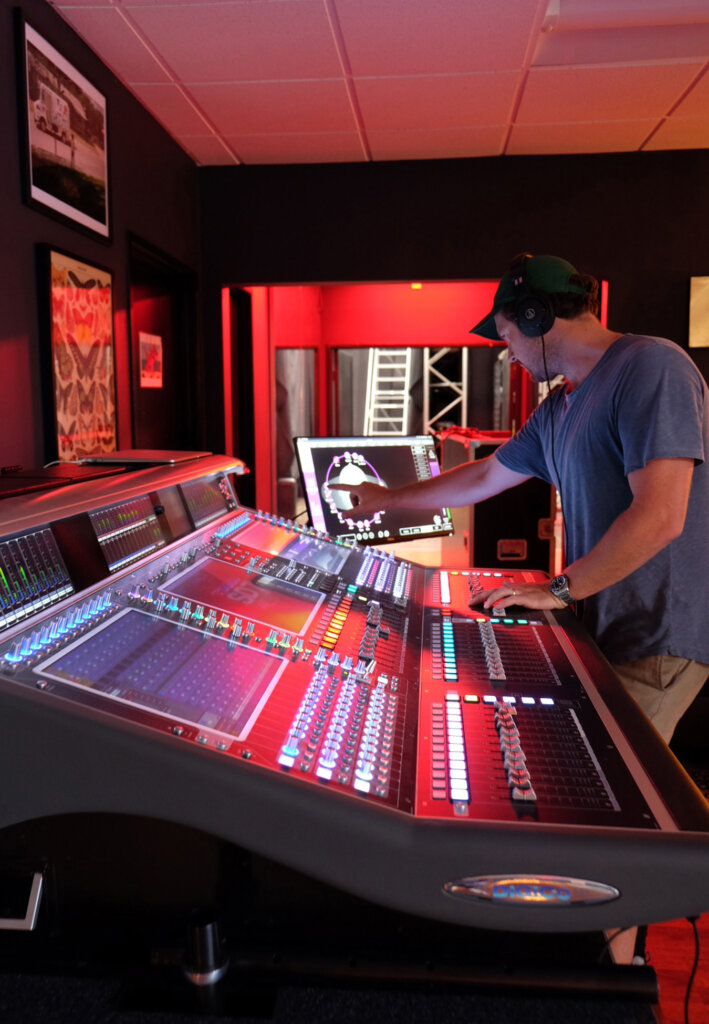 The two SD12 consoles are located in Sixth Sense Creative House’s main live event space, as the front-of-house and monitor desks for a sound stage with an All Access turntable stage that will allow festival-type back-to-back concert productions. The Quantum7 console is installed in a nearby recording and broadcast control room. Both spaces can access live streaming and offer Sixth Sense clients the use of the KLANG system—run from the DiGiCo consoles in conjunction with the Mac OS KLANG:app—which will help set their productions apart at a time when live-streamed music productions have become ubiquitous.

“With producers now so highly restricted as to how to put shows on and what those shows can do, KLANG offers them an experience they can use to set their productions apart,” explains Worley. “The system lets a show convey the true dynamics of a live concert in a real venue over the internet.” 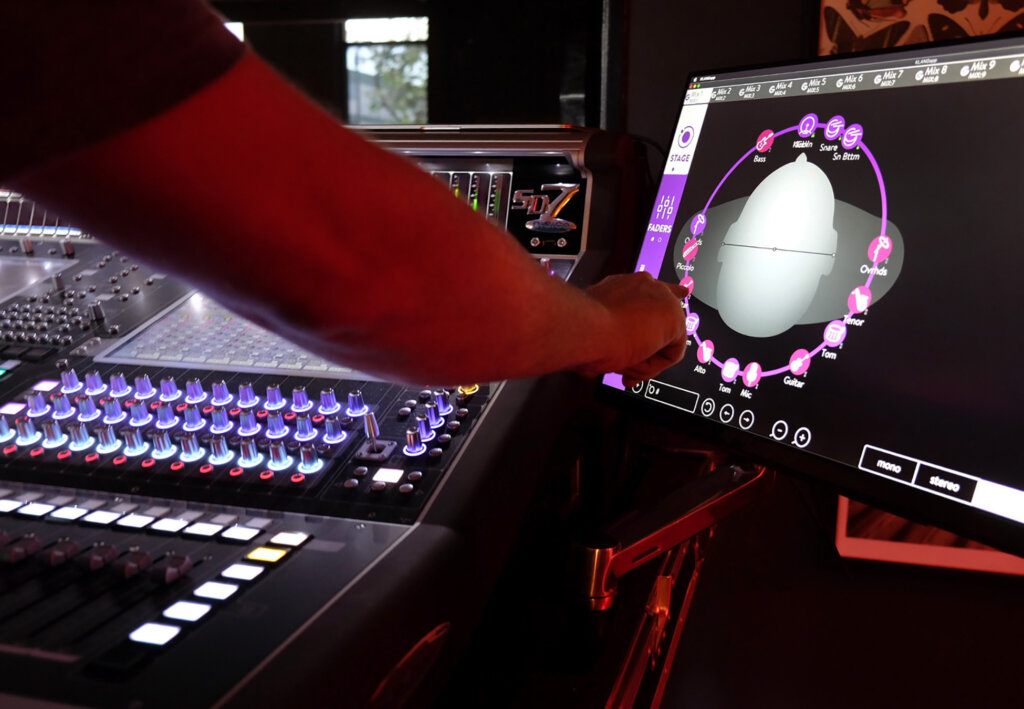 The KLANG system, controlled via KLANG:app running on Mac OS

Developed as a way for musicians onstage to create their own individual immersive mixes, the KLANG system utilizes binaural head-related transfer-function modeling to provide an authentic three-dimensional listening environment. By breaking out of the traditional left-right format and spreading instruments and vocals around a panoramic 360-degree space, users are able to significantly reduce volume levels and ultimately minimize ear fatigue.

Used in tandem with the DiGiCo Quantum7 and SD12 consoles, which have become the live sound consoles of choice for many of the world’s top music artists, the KLANG engine creates a unique experience—not only for the musicians performing, but also for the Internet broadcast audience—that will help make Sixth Sense Creative House a destination for creatives seeking to have their productions cut through the pandemic-induced clutter of live streaming. 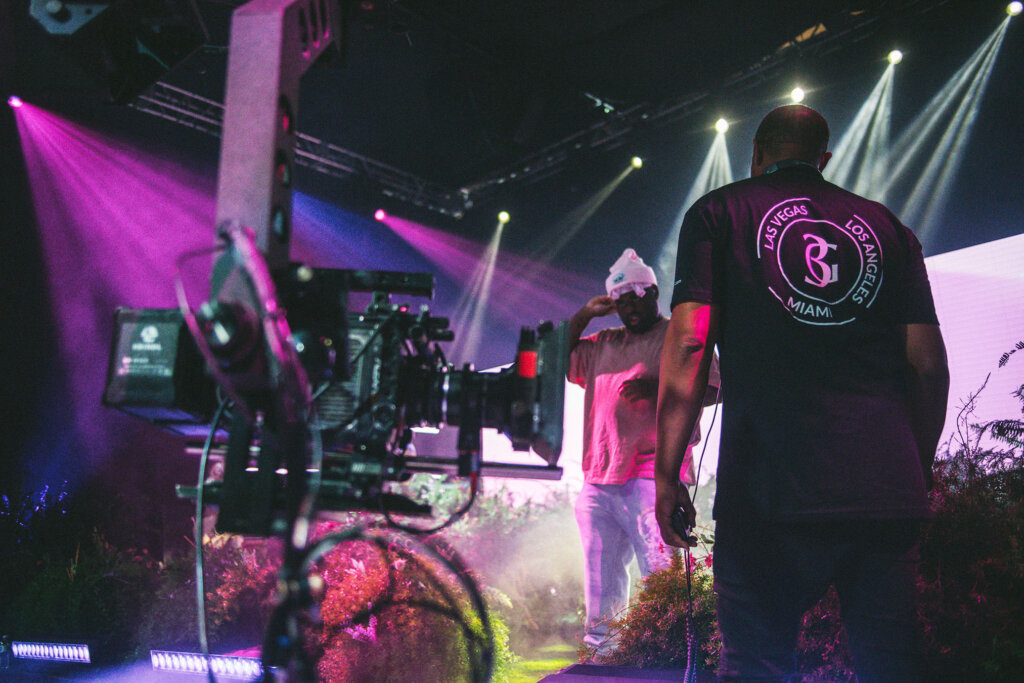 “Sixth Sense Creative House is our way of approaching a very challenging moment in the live event production industry and to do so in a way that lets artists and producers access both unique and familiar tools,” says Worley. “The KLANG system is perfect for offering virtual audiences a remarkable, immersive listening experience and their audio mixers a powerful and widely used work surface from which to mix it. The combination of KLANG and DiGiCo gives Sixth Sense Creative House an edge for the times we’re in now. It lets us make the difference.”

In closing, 3G Chief Operating Officer Keith Conrad says, “This is a hard time for our industry and all the great people who make a living in it. We, at 3G, wanted to create something that has the ability to bring our people back to work and give us a purpose as we navigate these challenging times. I’m thankful to the great partners—in DiGiCo, L-Acoustics and All Access—that helped make this dream a reality and I’m so proud of my team for the initiative and perseverance shown in designing the studio. Can’t wait to see what lies ahead as our creation grows.”

The COVID-19 pandemic has produced a wide variety of music shows online. Unfortunately, it’s also resulted in a wide…

Every week for the past seven years, Jimmy Fallon steps onstage in Studio 6B at Rockefeller Center in midtown Manhattan…