Tight timing at the tour’s start meant much of the audio had to be built on the fly, but the smallest Quantum desk has the tools and processing to make that happen 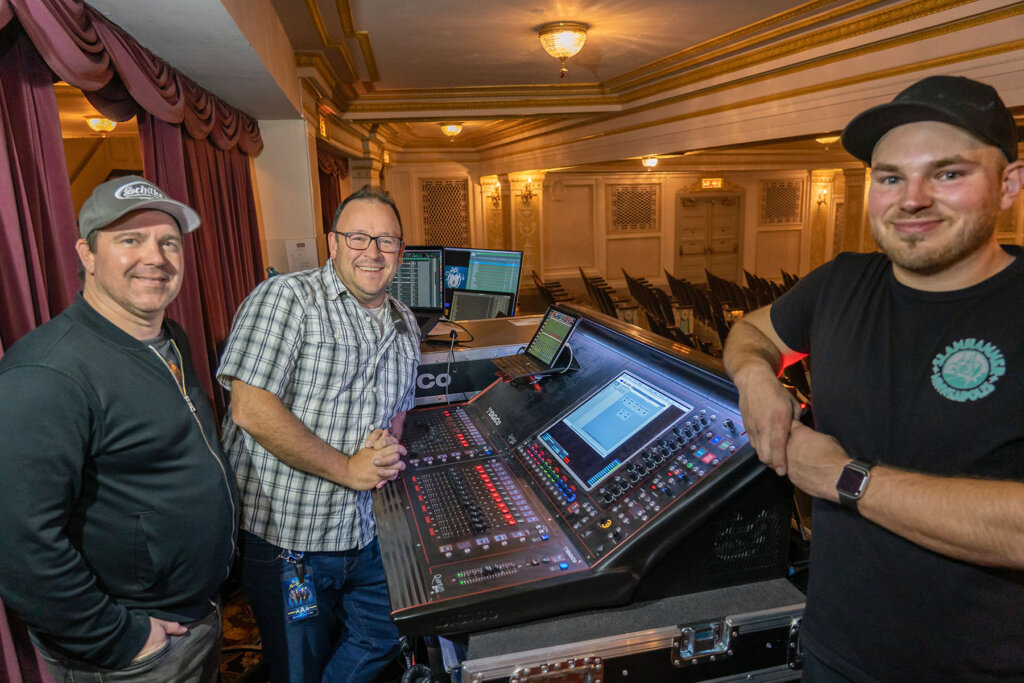 It’s a unique moment in the music-touring business right now. A combination of pandemic exigencies and shortages means tours often have to be ready to move at a moment’s notice. That was the case for the first week-plus of theater dates in the Midwest to kick off The Manhattan Transfer’s 50th Anniversary & Final World Tour. The Grammy award–winning vocal group was founded in 1969 and has explored a cappella, vocalese, swing, standards, Brazilian jazz, rhythm and blues, pop music, and more in that half-century span.

But as the foursome prepared for the initial dates their 50th Anniversary outing last August and September, circumstances compelled them to hit the road with the barest minimum of tech rehearsal. And when you’ll be traveling with a 24-piece big band—in this case, the DIVA Jazz Orchestra, who are backing The Manhattan Transfer—it’s quite a balancing act. That’s where the DiGiCo Quantum225 console came in. A pair of them were sent out on the tour, by Twin Cities-based live-production provider Slamhammer, for both front-of-house and monitor applications. In both cases, the Quantum225 brought with it a unique toolset that truly helped get this show on the road. 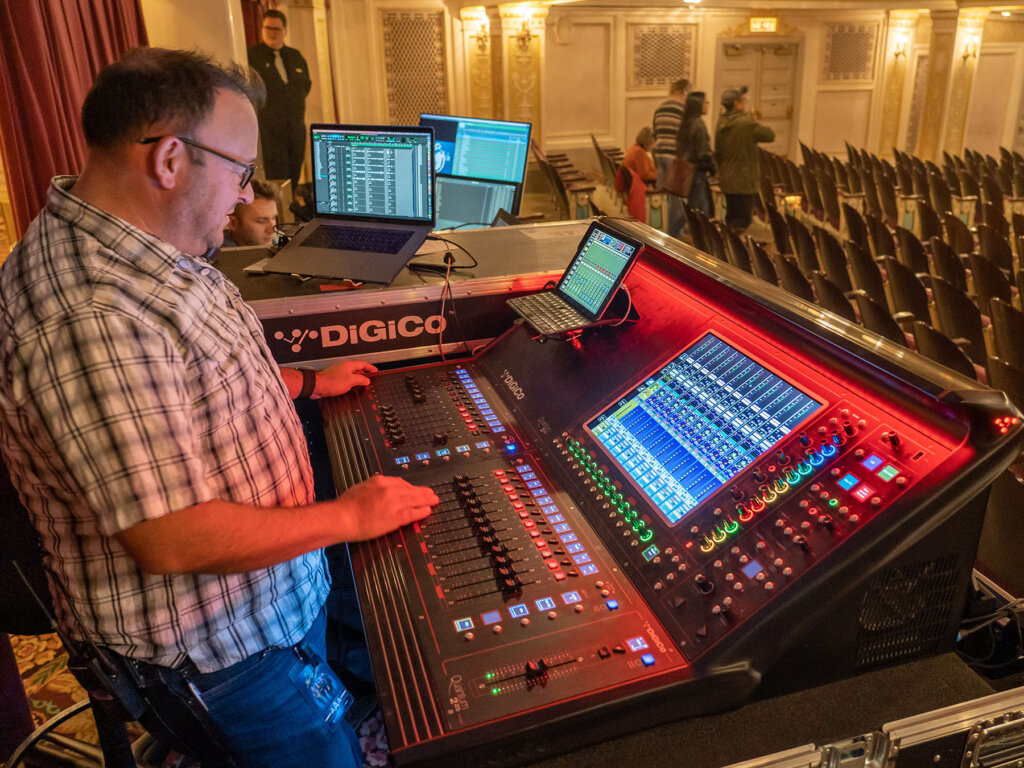 Andrew Lefkowits setting up the Quantum225 house console for a show

He first credits the Quantum225 for its ergonomic flexibility. “We didn’t have a lot of time to build a show before heading out and the layout flexibility of the Quantum console is just amazing. I could build my fader banks with exactly the right elements in each and place them where I could get at them quickly and confidently. On this show, I need all four vocal faders under my fingers at all times, because each individual singer will have moments where they jump out and then fall back into the harmonies. And I had to build three separate layers based on instrumentation: one for them with the Transfer Band, one for them with the Big Band, and one for when everyone was playing together. Having that layering capability was huge, especially since I literally started building the layers on the first soundcheck, three hours before doors.” 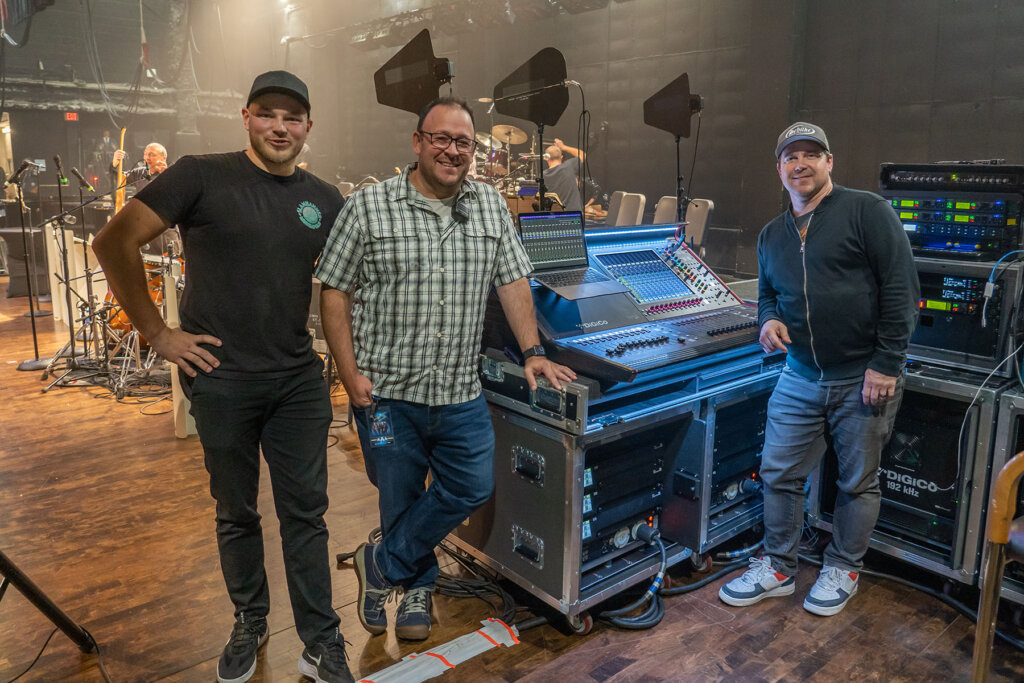 Quantum’s Mustard processing also played a part in getting everything up to speed quickly. “I’m using Mustard’s compression on the individual kick drums and the basses—two uprights and an electric—and then also applying it to the overall drum buss,” he explains. “The great thing about Mustard is that even though I didn’t have a lot of time to get too deeply into it, it sounded great as soon as I turned it on. On this tour, with everything having to come together quickly, that made a huge difference.”

Furthermore, Lefkowits is using the console’s Spice Rack with the Chilli 6 multi-band compression and Naga 6 dynamic EQ on the overall L-R output to the PA system. “Not a lot is needed,” he says, “just enough to get some expansion on the top end and to manage the low-mids where the vocals start to stack. I’m also using the Naga 6 on the vocal bus, to control the low-mid range, around 200 to 220 Hz, so that when one of the voices jumps out it doesn’t get too thin, but when they all sing together, it’s under control. The power and the user-friendliness of the 225 are just amazing. It made all the difference for this tour, when we had to build so much of it as we went along.” 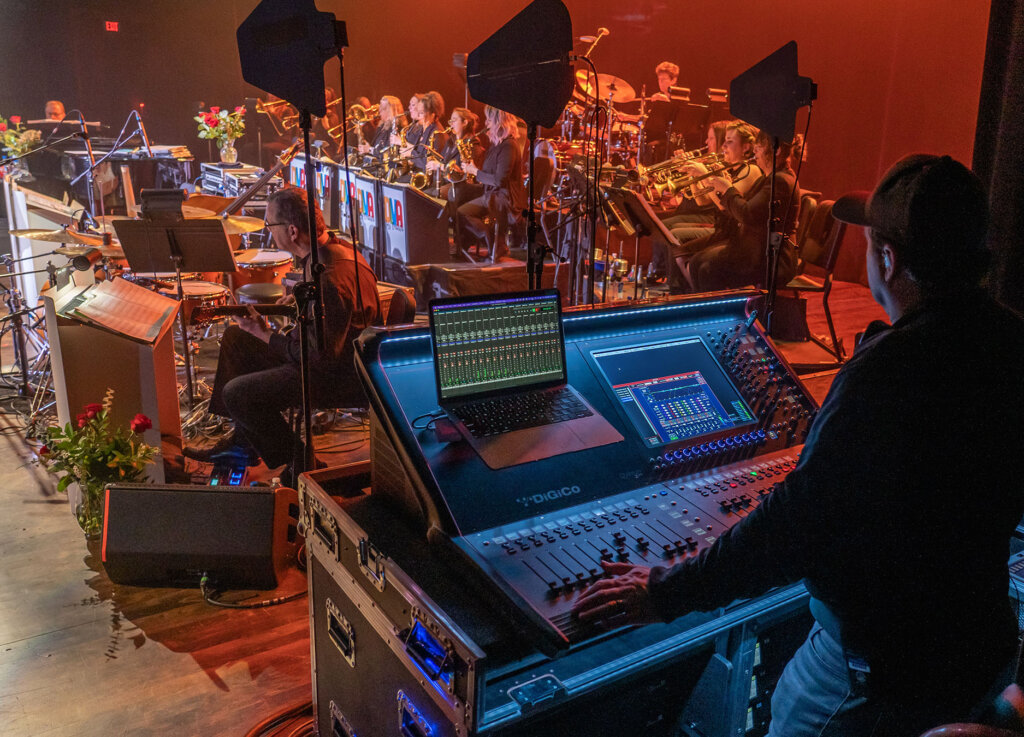 Over in monitor world, Chad Willis, who like Lefkowits has been with the quartet for the better part of a decade, shares that the Virtual Soundcheck feature has been game-changing. He recalls the band hearing it onstage for the first time, and its fidelity was striking. “Now, I’m not sure how we ever lived without,” he says. The console’s Virtual Soundcheck capability became critical night after night, allowing him to import the multitrack recording of a previous performance simply on USB-over-MADI into the desk to virtually run down the show at each stop on the tour. TMT’s monitoring is as complex as the stage setup: the vocalists have four front wedges and two side-fill wedges, in addition to the IEMs three of the members also use. The sax, trumpet, and trombone sections each have their own wedges, as do the bass and drummer, who also has his own mixer on stage. “It’s a lot of mixes but the 225 makes it easy to handle,” says Willis. 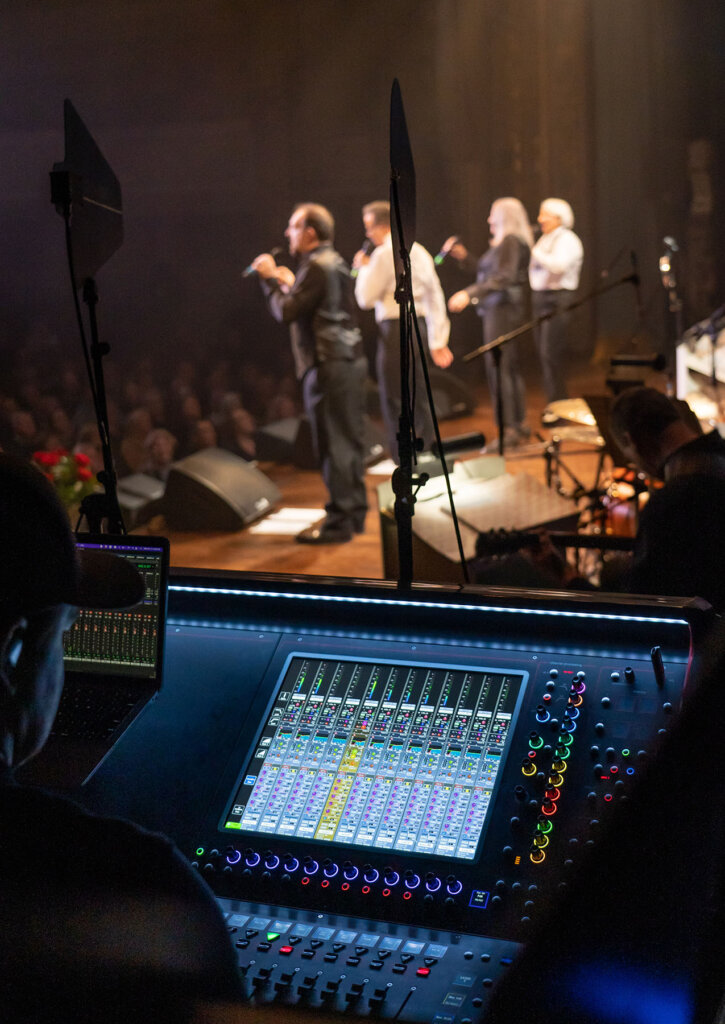 One of the ways it does that is via the ability to have virtually the entire console worksurface available on an iPad, which allows Willis, who is on his own wireless IEM—he’s used to mixing vocal groups live over headphones to minimize bleed onstage—to roam the stage during soundcheck, making sure everyone’s monitors are what they need them to be. “I can solo a channel right next to someone and dial them in precisely,” he says. “I’m literally carrying the console around with me.”

He’s also using the Spice Rack’s Chilli 6 multi-band and Naga 6 EQ features on the IEMs, which he uses to manage volume as a show progresses. “By mid-show and towards the end,  we’re often at completely different volume levels, and they don’t like their ears to be too loud, so the compression helps me manage that for them,” he explains. “I used to travel with a classic hardware compressor for that, and it’s nice now to be able to get that same easy-over compression effect without needing that piece of gear. And as they get louder, they’re hitting certain frequencies harder, and the dynamic EQ lets me keep the tone consistent for them. For both Andrew and me, having the Quantum225 on the road has made a world of difference. It’s a great way to celebrate a 50th anniversary.”

For details on The Manhattan Transfer’s 50th Anniversary & Final World Tour, visit https://manhattantransfer.net. Slamhammer can be found online at www.slamhammer.com.

Nearly 150 inputs were kept busy throughout the “Slow Down Summer” singer’s show, with the monitor desk’s Nodal Processing focused…