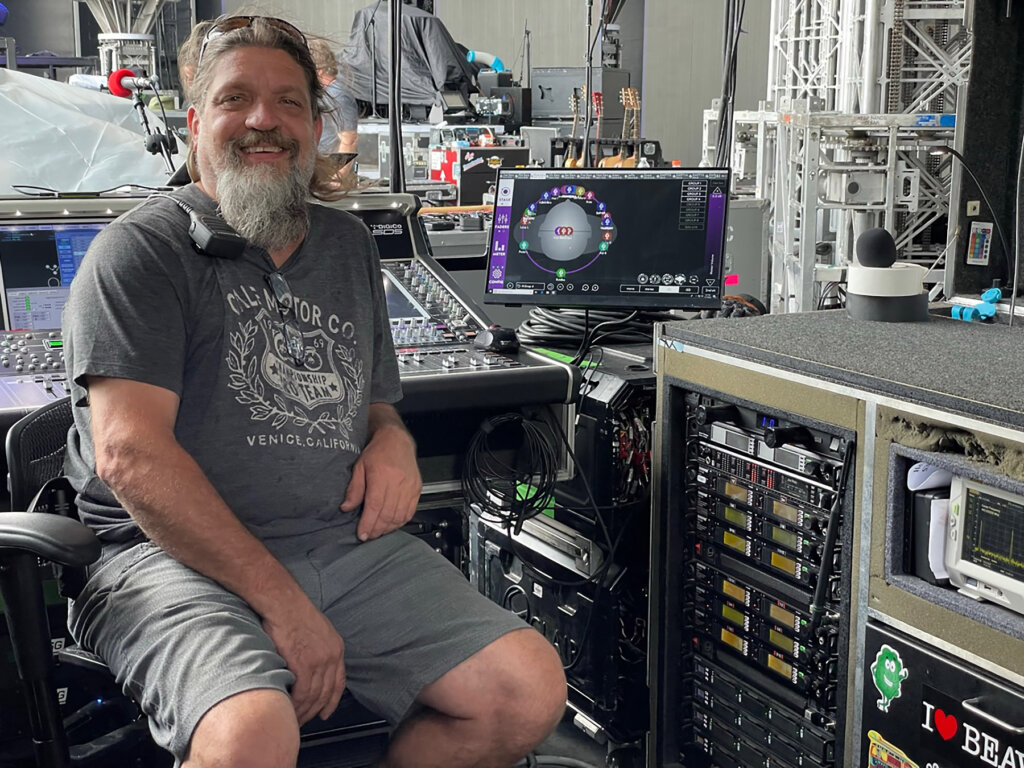 The combined forces of two of hard rock’s most totemic bands, Def Leppard and Mötley Crüe, turned this year’s The Stadium Tour into the biggest outing of either band’s career and the biggest rock tour of the year thus far. With special guests Poison and Joan Jett & The Blackhearts along for the journey, the trek sold 1.3 million tickets, according to Billboard.

It’s also significant to point out that the North American tour marked the first time that Def Leppard enjoyed the benefits of KLANG’s immersive in-ear monitor mixing solution, provided via a DMI-KLANG card-equipped DiGiCo Quantum5 monitor console supplied by touring sound company Clair Global. The use of the KLANG system created a more manageable SPL environment onstage that reportedly made the group’s performances more enjoyable than ever while simultaneously helping to protect their hearing.

How Def Leppard and KLANG got together is an interesting story. The KLANG platform first came to the attention of Ted Bible, longtime monitor mixer for the Rock & Roll Hall of Fame members and two-time American Music Awards winners, when one of the band members downloaded the KLANG:app and wanted to try it out. This was just before the pandemic closed down touring for over two years, which gave Bible more time to become familiar with it, including taking an online class on the product and technology with KLANG:technologies’ Phil Kamp. 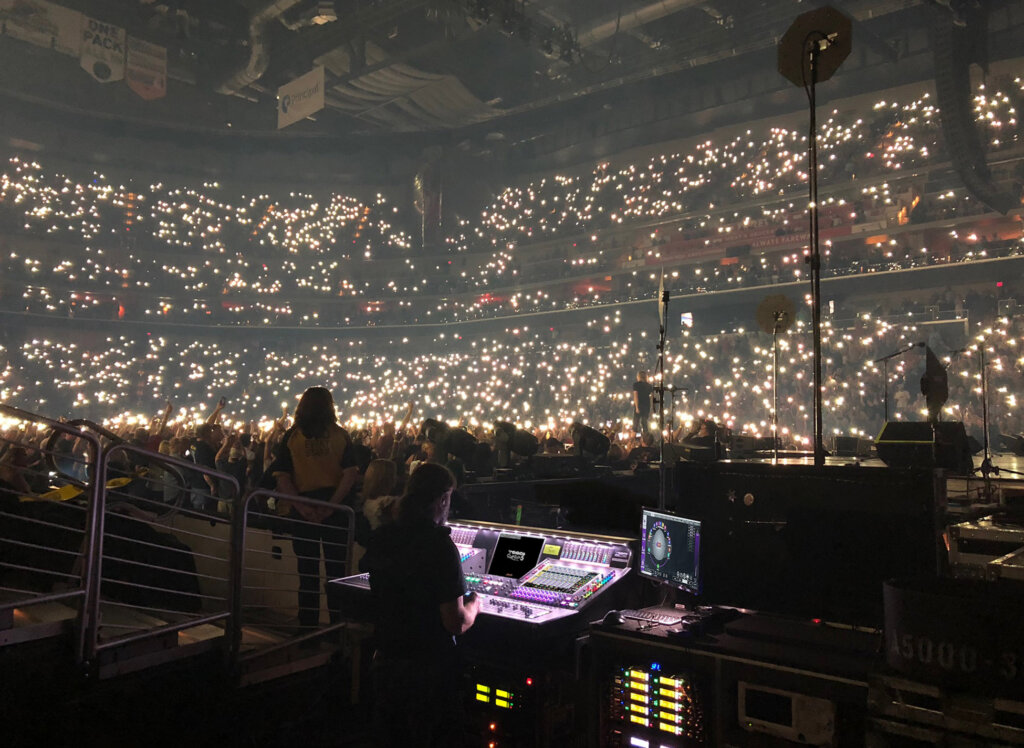 Its first deployment for Def Leppard would be on the 36-date The Stadium Tour, which kicked off on June 16 at Atlanta’s Truist Park. The band, which formed in 1976 in Sheffield, UK and has been performing more or less continuously ever since and with virtually the same lineup of musicians, didn’t require extensive rehearsals ahead of the tour. However, the pandemic compelled them to have a backup musician for each band member and that group did three and a half weeks of rehearsals in Los Angeles ahead of the tour start. It was the perfect environment for Bible, who has been with Def Leppard since 2002’s X Tour as systems and monitor engineer, to get deeply hands-on with the KLANG system and evangelize it to the band.

“One of the things I especially like about the DMI-KLANG card is that I can simply slap it into the DiGiCo Quantum5 I’m using on tour, add a Mac Mini computer connected through a network cable and switch, and I immediately have 64×32 I/O, which doesn’t eat up any physical connections on the console,” he explains. “Once that’s in place, there’s not much else to it. The band has been playing these songs for decades and I’ve been mixing their monitors for years, so we all know what they want to hear onstage. The KLANG system gets it to them cleanly and reliably.”

Bible says most of the band instantly took to the KLANG system, enjoying its ability to keep instrument relationships steady as they moved about the stage, in conjunction with the Shure PSM 1000 transmitters and JH Audio Sharona IEMs they’re using. 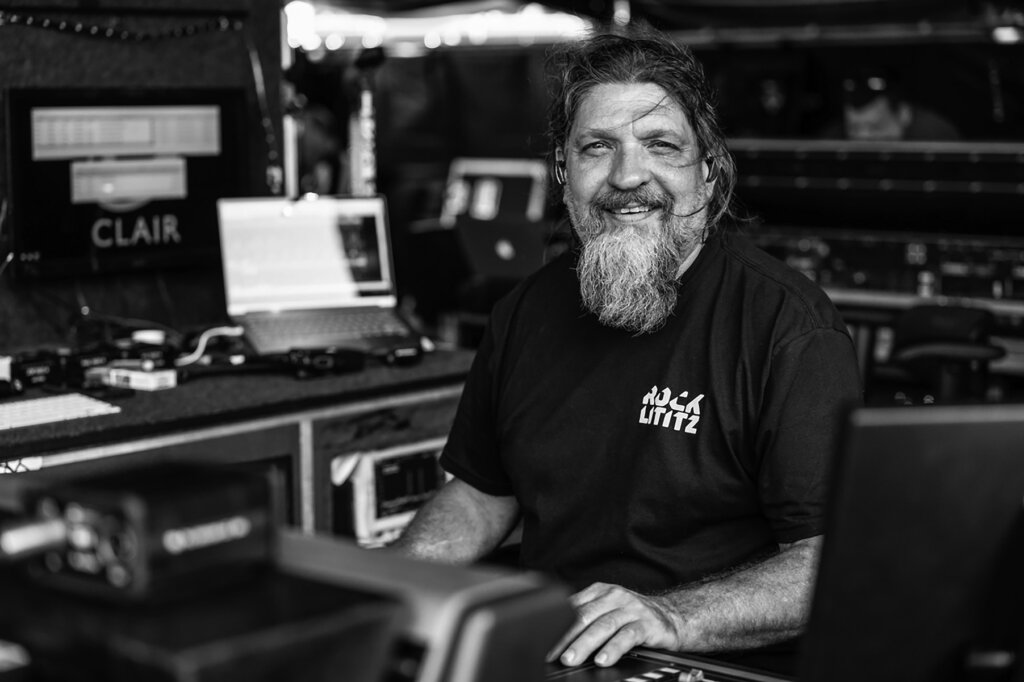 One band member, who had long been reluctant to move completely to IEMs and preferred relying on wedge monitors, agreed to try them out tentatively for this tour. “His monitors tended to be panned harder and need more gain,” Bible recalls. “First, we eased into IEMs with just vocals in them, but by four or five shows in, he jumped all-in on them. And the fact that KLANG has bi-directional control of the faders and other parameters, like elevation and width, adds to the sense of control each musician has onstage. All of the band members love the sense of space around them that KLANG offers. In fact, they even think the in-ears sound better than the album! Having the 360-degree space means we don’t have to carve out as much frequency space, allowing each monitor channel to sound fuller.”

This combination of audio fidelity and sense of control over their individual monitoring environments are huge benefits for any touring musicians. But they’re especially valuable for legacy artists who have been on loud stages for decades, helping to preserve their hearing.

“With KLANG, we can turn it down overall onstage, and the band doesn’t have to run through things as often to get it to where it feels right,” says Bible. “Everyone on this tour has been playing rock and roll for decades, and it’s inevitable that some of them may have experienced some hearing loss. In-ear monitors can really help avoid making that worse, and the level of control that KLANG provides enhances that further. I tell all the bands I work with, especially the up-and-coming ones, protect your hearing now. KLANG is a great way to do that.”

For info on Def Leppard’s recent The Stadium Tour, as well as the band’s upcoming The World Tour, visit www.defleppard.com.

Large channel-count shows, including recent Hollywood Bowl dates with the Los Angeles Philharmonic Orchestra, are no challenge with KLANG:konductor’s huge…