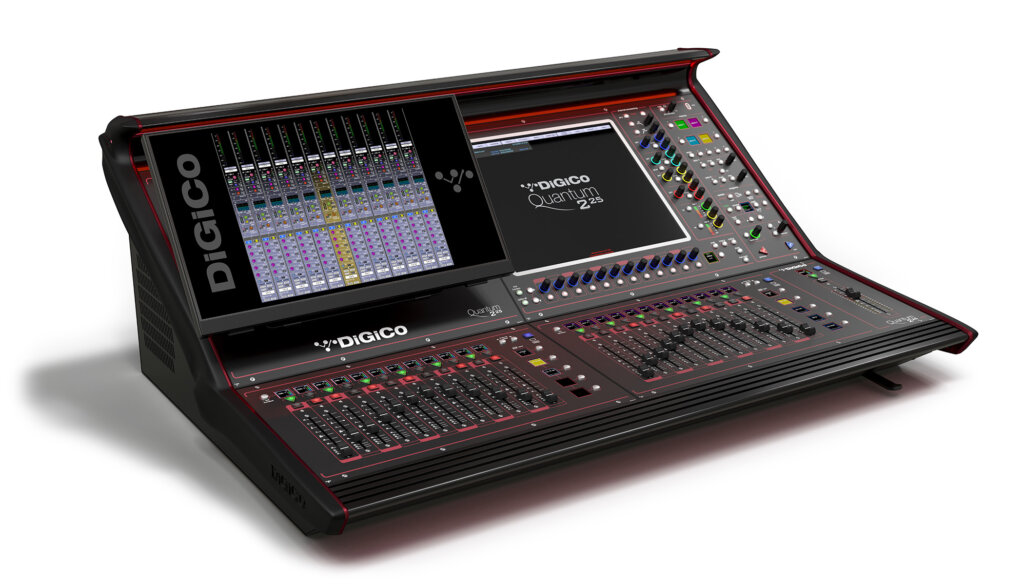 In January, DiGiCo announced New Year New Hope, giving three lucky winners three great gifts: a DiGiGrid MGB MADI to SoundGrid Interface; the first of the newly-launched KLANG:kontrollers – Serial Number 1; and a DiGiCo Quantum Range console. What those entering did not know at the time was that this was an opportunity to own one of the first Quantum225 consoles, designed to bring the Quantum Processing power and features in a compact and robust worksurface.

Sensitive to the hiatus in the large-scale, live touring market, DiGiCo has designed the Quantum225 to be agile and flexible, allowing the system to adapt to the demands of our changing world. Specified with the new DQ-Rack with integrated Dante and you have a perfect system for AV installation and the demands of an AoIP networking environment. Alternatively specify with the MQ-Rack and get the familiar MADI connectivity for your touring infrastructure allowing Quantum225 to integrate with your existing infrastructure. 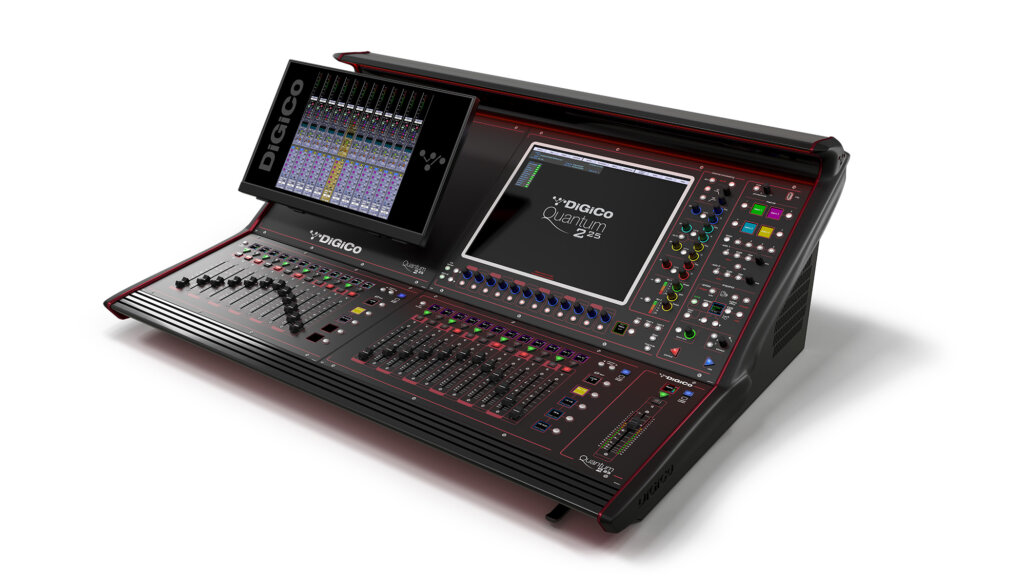 There is a 17-inch, full-color, daylight-bright TFT multitouch screen with the Quantum Dark application, seen before on the Quantum338, combined with 41 mini TFT’s located across the surface to provide unrivaled user feedback and interaction. 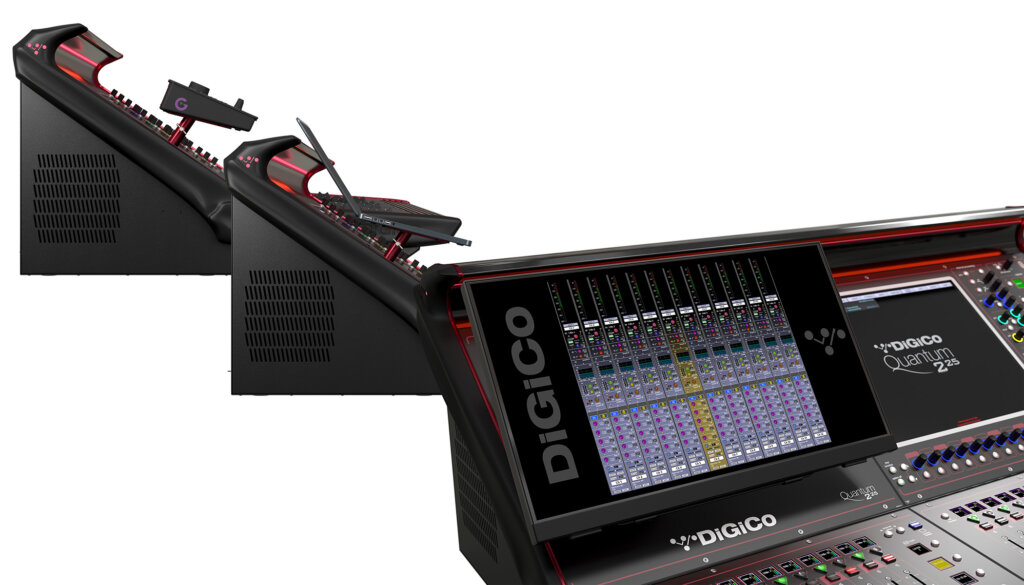 The new Quantum225 features a unique adjustable bracket to accommodate a channel or overview screen, KLANG:kontroller, laptop or script

What is unique to Quantum225 is a custom-designed, multipurpose mounting bracket that attaches quickly and easily to the left-hand panel of the console. This can accommodate an additional channel or overview screen, a KLANG:kontroller, or be further expanded to fit either a laptop or a script – particularly useful for theatre applications. The bracket can be installed at two angles with quick release to cater for all preferences or applications. 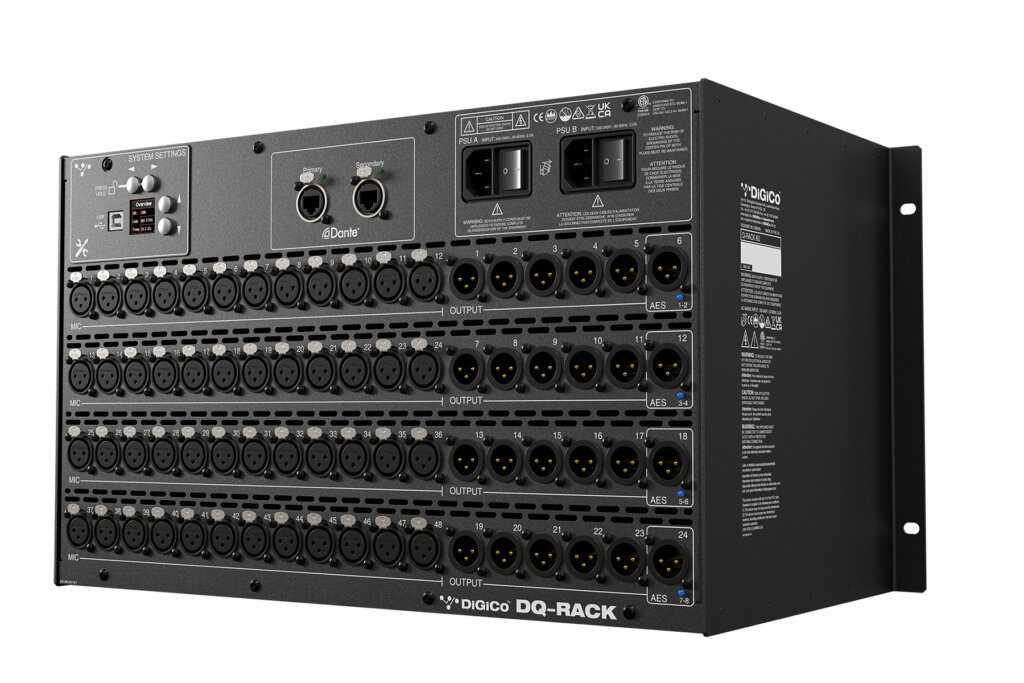 The new compact, 6U DQ and MQ racks have been designed from the ground up specifically for modern application demands. They feature 48 mic/line inputs, up to 24 analog outputs or up to eight AES outputs. Clever audio design allows the user to reconfigure four of the analog line outputs to be either analog outputs or dual AES outputs. This I/O flexibility and other configuration changes are managed from the racks’ very own TFT Configuration screen. Standard features include Dual PSU and 48k or 96k operation. 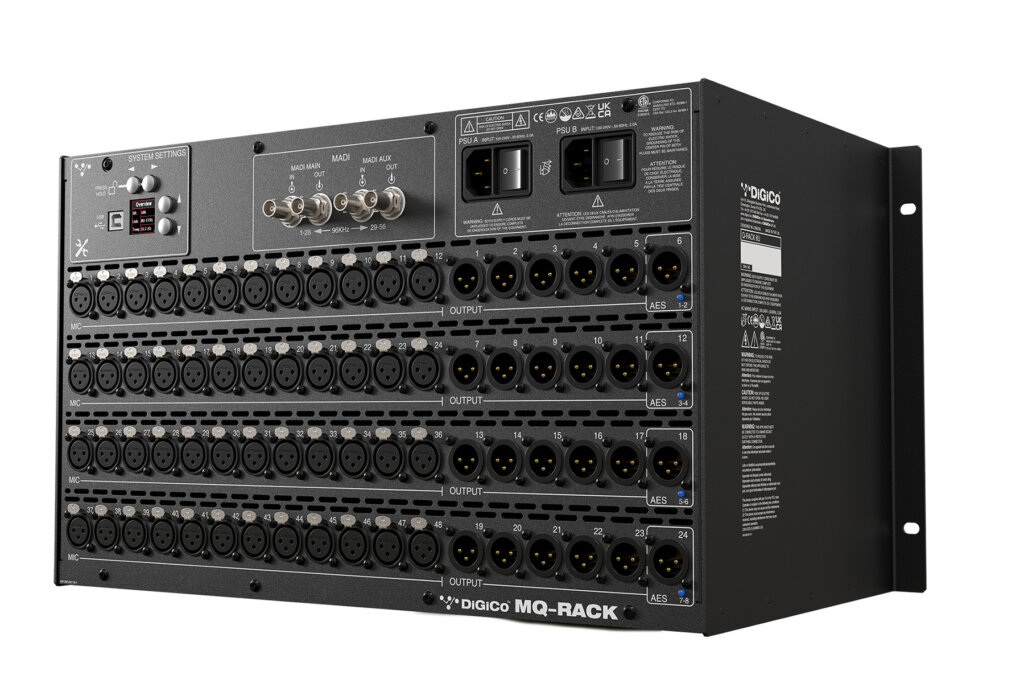 Ready when you are – Let’s do this together.

More details can be found at: www.DiGiCo.biz