The most innovative and advanced console to date will be available in two versions: D9-330 and D9-215 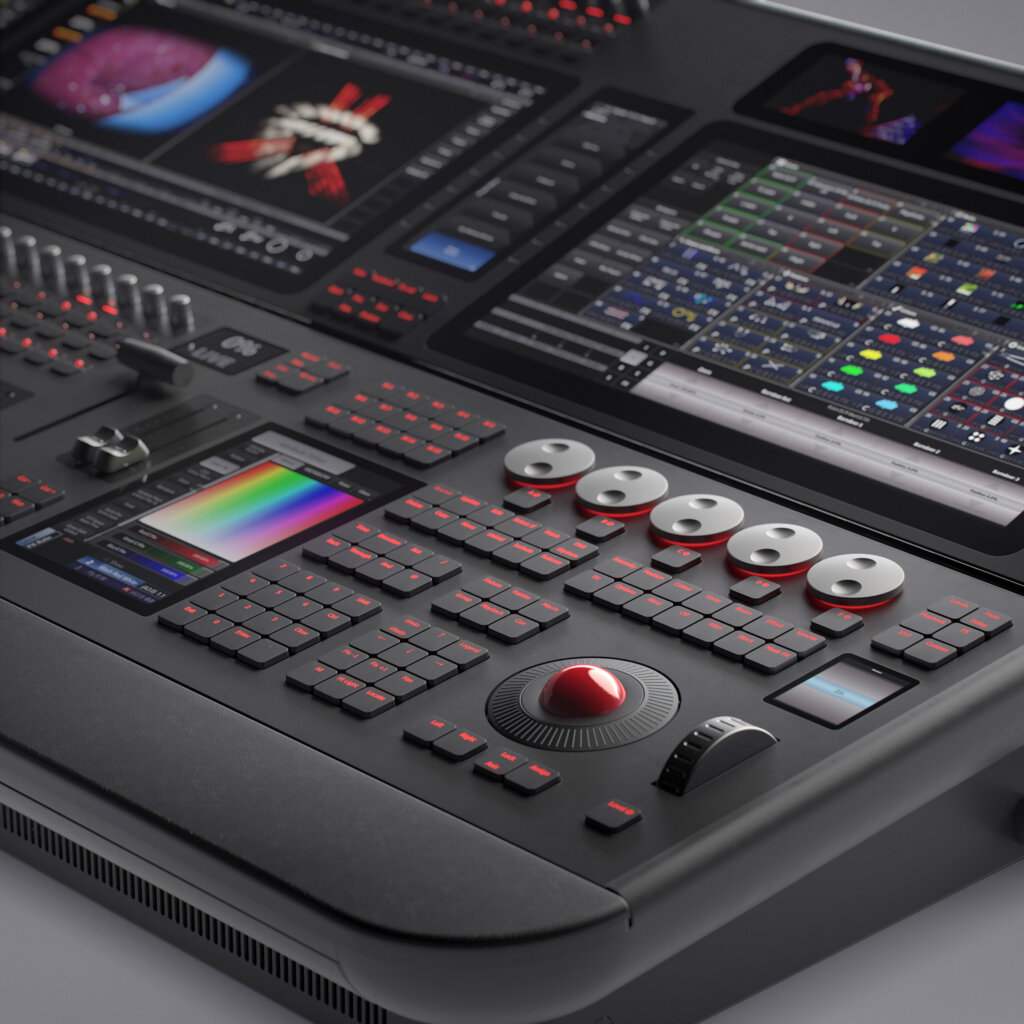 The Diamond 9 consoles are the result of years of technical innovation from the Avolites team, utilizing its 45 years of industry experience, feedback from designers across the industry and award-winning industrial designers to create the ultimate control surface. The Diamond series is designed by Visual Designers, for Visual Designers and everyone in-between to intuitively combine lighting, media and other visual aspects of a show together. Each screen, fader, encoder and button has been meticulously thought over, so the console becomes an extension of the designer to give them totally unhindered creative freedom to power their ultimate shows. 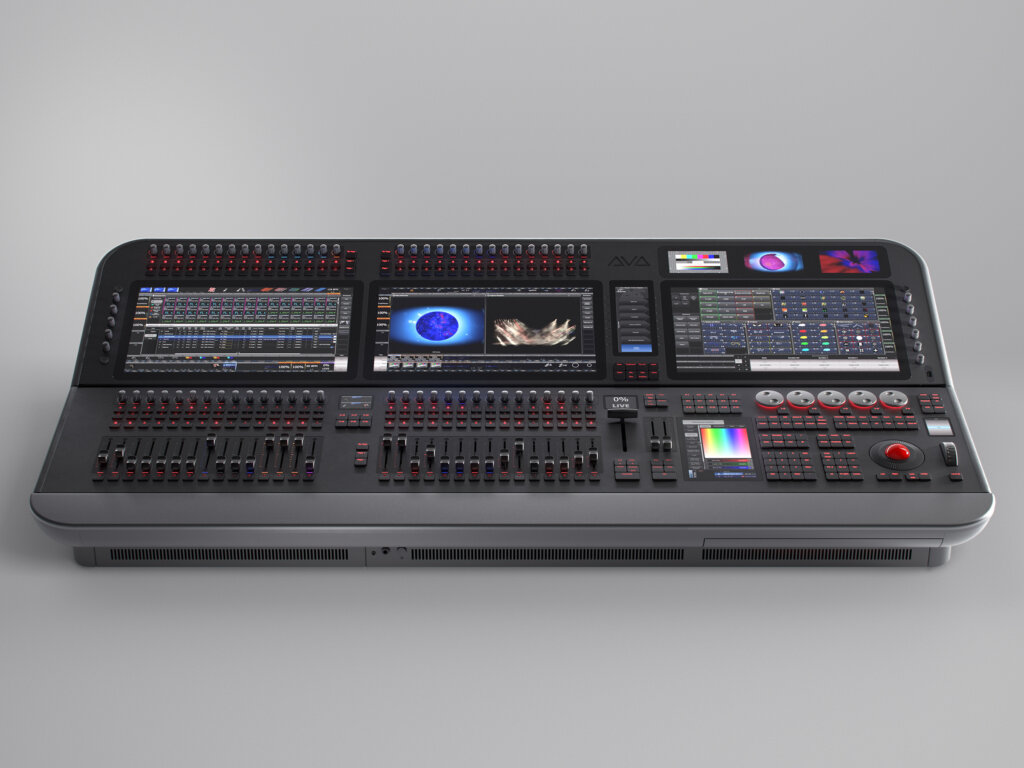 The new hardware is a feat of engineering. Bringing a new distinctive look and feel to the console, the main front panels are machined from a single sheet of sleek aluminium with high-end finishes. The D9-330 boasts 11 ultra-bright touch screens, including 3 main workspace screens, 3 for media preview, and specific screens for attribute control and softkey short cuts. The brand-new motorized touch-sensitive Penny & Giles faders and new encoders each have their own RGB bar graphs so levels can be monitored at a glance. There’s also a return of the backlit integrated keyboard.

The most interesting side of the D9 is the right-hand side, with 5 encoder wheels, a T bar for controlling scene masters and a new set of bespoke buttons carefully positioned so finding them is second nature.

“I had the privilege of using the D9-215 back in January 2020. The experience was fantastic. Programming on it felt familiar but greatly enhanced by the step up in hardware allowing for smoother, quicker and more enjoyable programming experience,” says Tom Campbell (MIRRAD), production and lighting designer. “As a long-term user of Avolites, I’m very excited to see where the D9 takes the company and I’m very proud to have had a small part in it.” 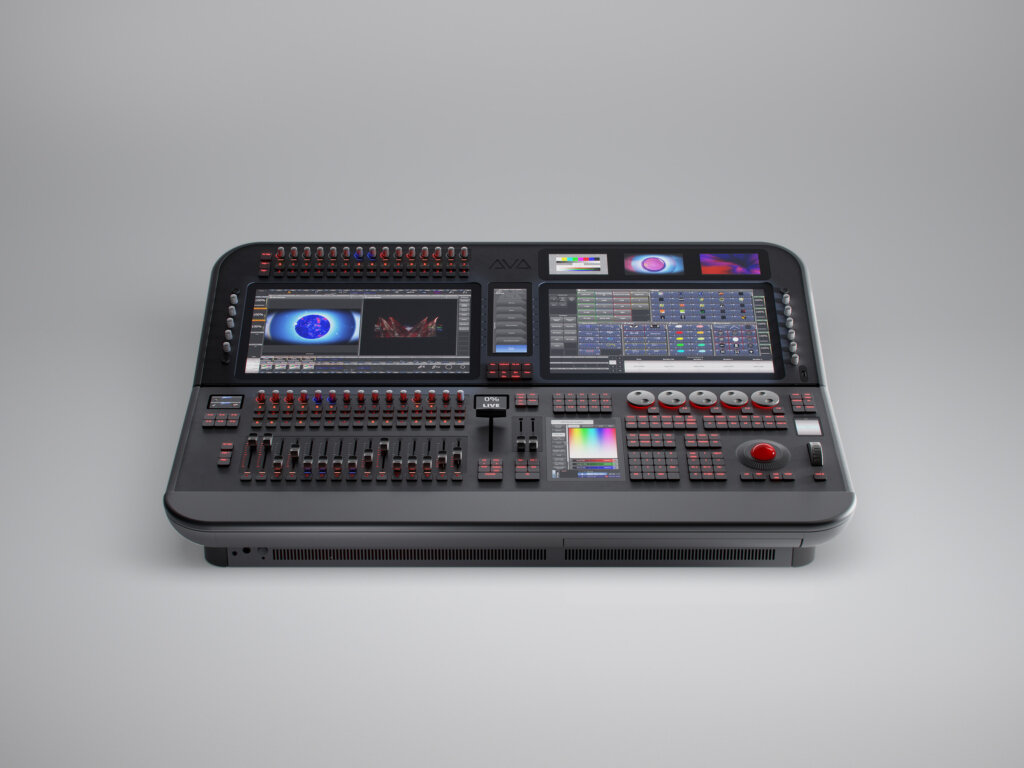 The key differentiators go far beyond the aesthetics; they provide more intuitive media control integration for lighting designers in all sectors of the industry. Building on the ground-breaking Synergy feature set, released in October 2019, that allows seamless integration between media server and lighting control, the D9 brings this to users’ fingertips with intuitive design and layouts ideal for media playback and control. With the rise of video wall use in live performances, installs and even TV productions, creating an immersive and seamless lighting and video performance is vital.

The new hardware isn’t the only pivotal change on this product. The D9s include Avolites’ new logo marque, the first significant change since the company’s inception in 1976. It reflects the forward-thinking strategy direction of the company, while underscoring Avolites’ creative-led approach to lighting and media design.

“The Diamond collection, with our new brand logo, marks the first step in our future-facing strategy as a company,” says Paul Wong, Managing Director of Avolites. “The D9s are the resulting product of years of R&D investment, and we’re very proud to be giving our users the ultimate programming tool for their future creative projects.”

The Avolites D9-330 and D9-215 are available to order now, to find out more contact Avolites to book a demo or head to www.d9.avolites.com

A video celebrating the launch of the Diamond 9 can be viewed at: www.youtube.com/watch?v=Y1CIcuZL8A0